Film: I Am Number Four Red Carpet & After Party

As most of you know, because we told you, the Sidewalk Hustle team was down in Los Angeles last week for the premiere of upcoming sci-fi action film I Am Number Four. In addition to the film, proceeding Friendly Fires’ excellent performance at the Roxy, we also had the privilege of hanging out on the red carpet for a bit before getting our after party on at the W Hotel under much dimmer lighting.

The premiere was held at the magnificent and rather legendary (yes everything in L.A. is legendary!) Regency Village Theatre in Westwood, and was a pretty cool experience overall, complete with schmoozing and the general media circus one expects on the red carpet. Getting the chance to see Alex Pettyfer, the star of the film, alongside his co-stars Dianna Agron, Teresa Palmer and Canadian actor Kevin Durand, off screen being somewhat normal was quite interesting. Never did we think we’d have an experience like this and it really gave us insight into the Hollywood lifestyle, if only for a moment, and made us realize why people love TMZ so much.

Following the premiere, we made our way to the after party, where the fun really happened! Mingling with stars while indulging in delicious canapés and an open bar, we managed to befriend some film-types (pictured below), strike up conversation with Alex Pettyfer (who even stopped on his way out at the end of the night to say goodbye), and chat with fellow canuck Kevin Durand (the films villain), who took an obvious interest in us because we’re so Canadian, eh! DJ Chris Holmes of LA/Chicago-based band Ashtar Command was spinning a nice mix of tracks off the films surprisingly descent soundtrack along with some of our heavy favourites like really any tune from LCD Soundsystem’s This Is Happening.

It was a totally awesome evening, which the open bar played an obvious part in, and you can bet we’ll be back in LA on the scene very soon! 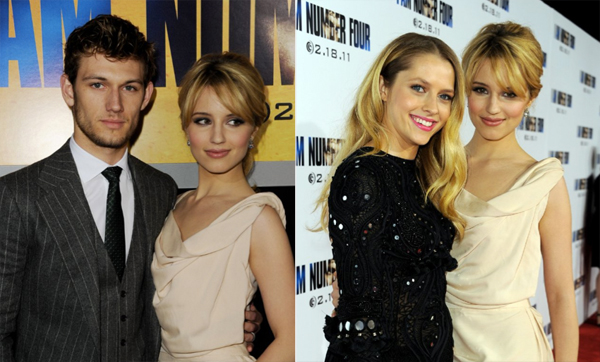