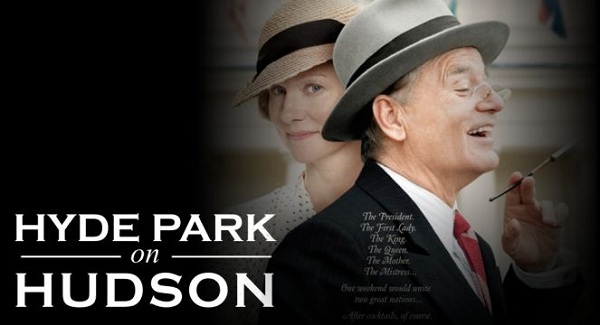 We loved Bill Murray in his supporting role in Moonrise Kingdom and now he’ll take on the role of FDR in this forthcoming dramatic comedy Hyde Park on Hudson.

He stars opposite Laura Linney who plays FDR’s distant cousin Margaret Stuckley, in this screenplay written by Richard Nelson and directed by Roger Mitchell.

We’re excited for this surprisingly upbeat looking biopic set in 1939 which centers around the royal family’s visit to their home in upstate New York. Watch out for it in December this year and check out the preview below.