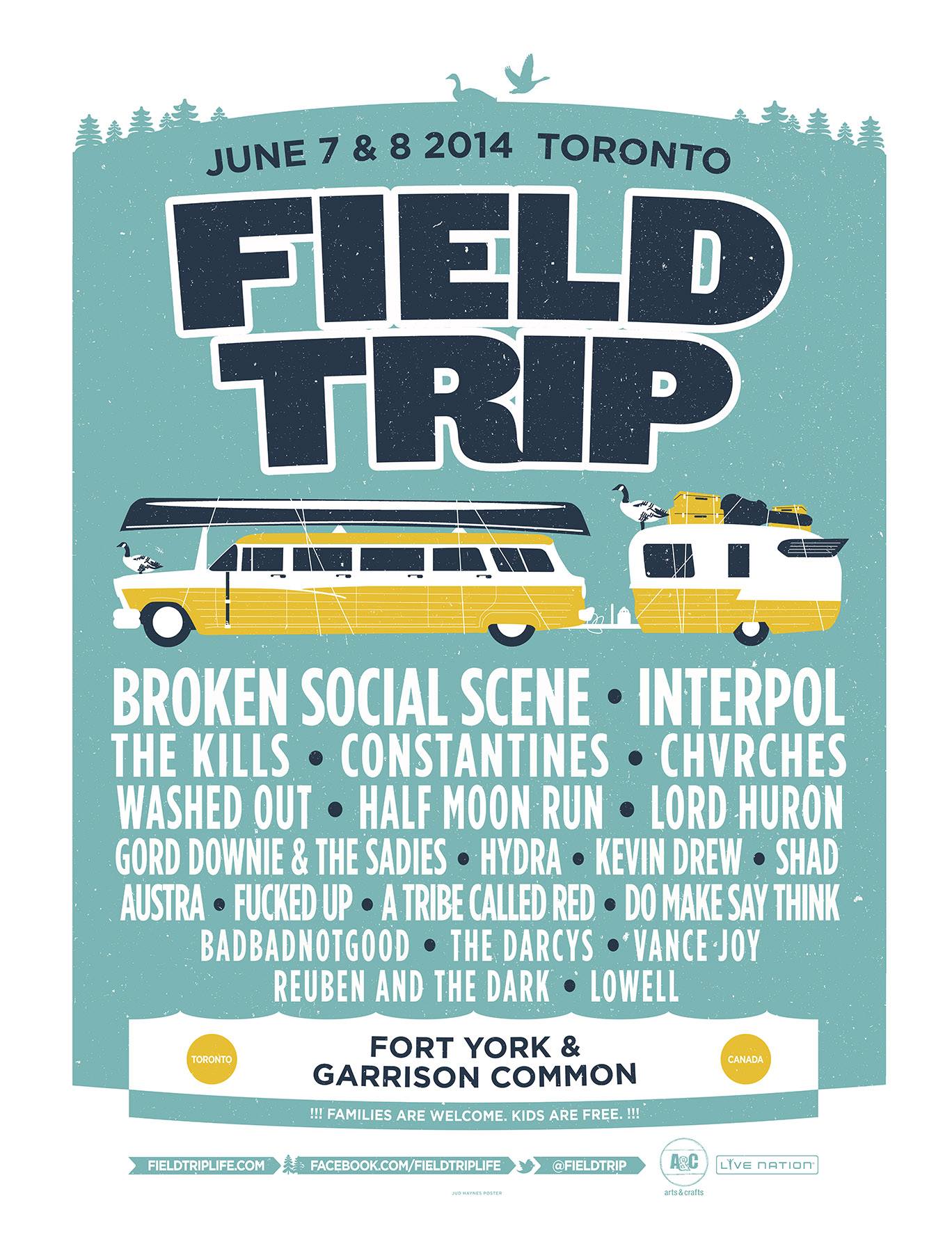 The second annual Field Trip Music & Arts Festival have released their impressive line up today and it’s one of the best ones we’ve seen so far for this summer’s festival season! It’ll be two days (June 7-8) at Fort York Garrison Common with headliner’s Broken Social Scene, CHVRCHES, The Kills, and Interpol. Not to mention, the recently reunitied indie band, the Constantines, will be playing along with many solid Canadian gems (Austra, Fucked Up, Do Make Say Think, A Tribe Called Red, The Darcys, Lowell). There will also be a large focus on art, photography, technology, fashion, and food.

Toronto has stormed into the competition of music festival season over the recent years and this bill definitely makes a statement for other festivals this year.

Check out the full line up and ticket details via their main site here.