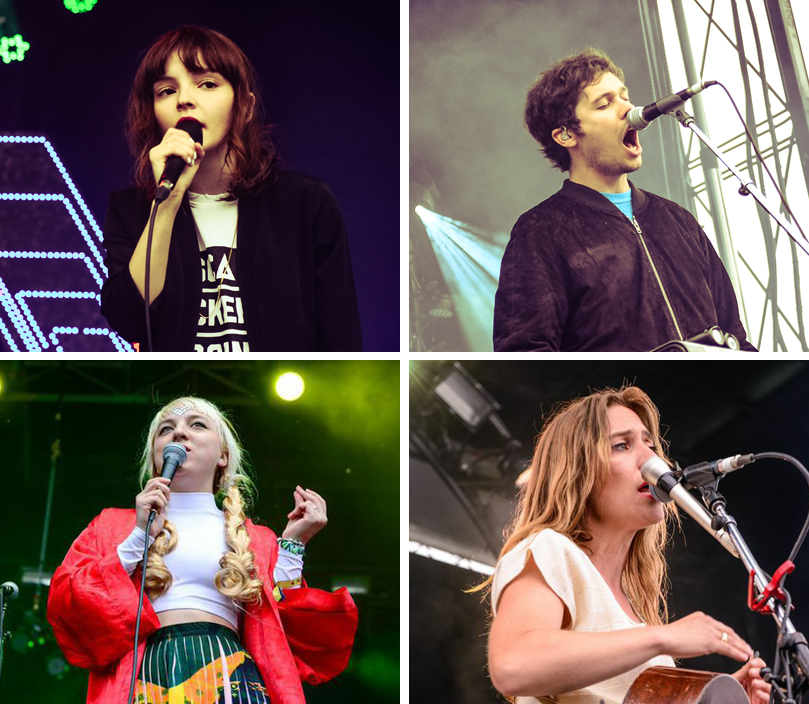 We started off the last day of Arts and Crafts Field Trip Festival with their recent label signee and burgeoning pop star, Lowell. Already in love with her EP I Killed Sara V., we were pretty excited to see her deliver. Lowell was rocking pretty goldilocks extensions and a sequined face as she meekly walked on stage before playing her songs off her EP. With just those four songs, Lowell managed to capture a spectrum of emotions from the climactic moment during ‘Bells’, which induced some mild head banging with the crashing cymbals, the incredibly liberating track ‘Cloud 69’ which is very much like an anthem for dance off, to the more slowed down and melancholy-tinged ‘Sara V.’ Lowell also played two of her new songs ‘Money’ and ‘Summertime’, which will be off her upcoming album in September. Just like her other tunes, the tunes are full of infectious non-lexical singing parts and addicting hooks by their danceable beats and dreamy vocals. It won’t be surprising to see Lowell finding her way on to many ‘must-watch lists’ in the upcoming year.

The next band we caught up with was also female-fronted and also closely associated with Arts and Crafts. Hydra can be considered a mini Toronto supergroup (mini in comparison to Broken Social Scene, of course). The main trio consists of Leslie Feist, Daniela Gesundheit of Snowblink and Ariel Engle of AroarA. We spotted members of Broken Social Scene in the supporting band as well. Each member of Hydra held their own on stage as they alternated in performing each other’s songs. No one took over the vocals or played a bigger role. The whole performance seemed light-hearted and almost like a fun jam between the greats of the Canadian music industry. What cemented the whole jam session feel was their final song of the set, which was the ultimate cover song… ‘Immigrant Song’ by Led Zeppelin. Is this what members of BSS do when they hang out?

The rain started to spit and spatter after Hydra and we were pretty happy that we only had to stay put at one stage to watch the next band, Washed Out. Things kicked off right on time with dramatic synths playing and smoke machines heavily billowing in the background for Singer, Ernest Greene, to run onto stage. Transporting us straight into the synthy richness of his albums Paracosm and Within and Without. To think that Greene was about to become a librarian after college is kind of mind boggling after seeing him live yesterday at Field Trip. The band lured us into a soothing trance during songs such as ‘New Theory’ and ‘It Feels Alright’ while ‘Get Up’ had an indeniably groovy hook to it that shook us off the chillwave.

Knowing that CHVRCHES’s crowd would be really full, we left Washed Out’s stage a little early hoping to get a good spot. Even an hour before the Scottish band started, the Fort York Stage was pretty packed. You could tell that people were starting to get a little antsy or too drunk as mini squabbles were breaking out around us. Finally, CHVRCHES came on to silence the restless crowd with an overwhelmingly loud bass intro of ‘We Sink’. For the first two songs, the bass and synth were almost unbearable as it even overpowered singer Lauren Mayberry’s delicate and soft voice.The sound techs eventually got the balance right as people stopped covering their ears and leaving to find a spot further away from the stage. The Scottish group put on an electrifying performance though with Ian Cook and Martin Doherty unleashing crazy synth sounds that borderlined dubby and Mayberry’s soaring crystalline vocals equalising the bass heavy instrumentation that reverberated in everyone’s chest cavities. 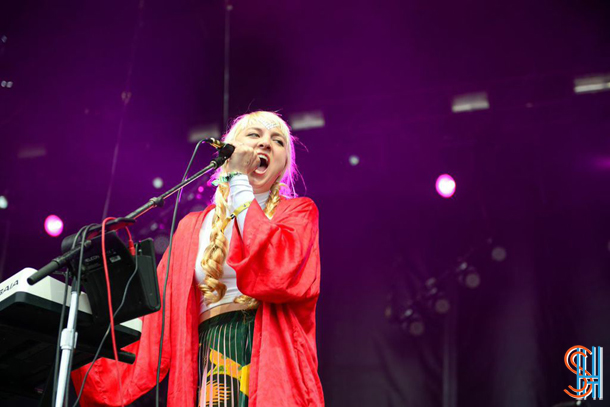 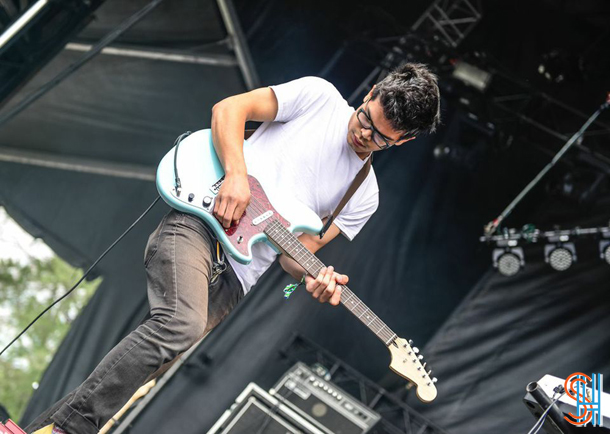 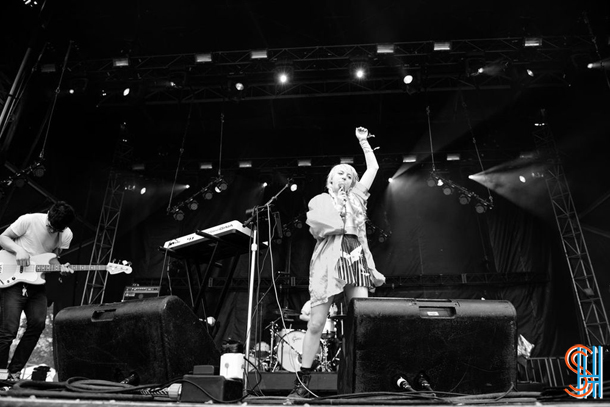 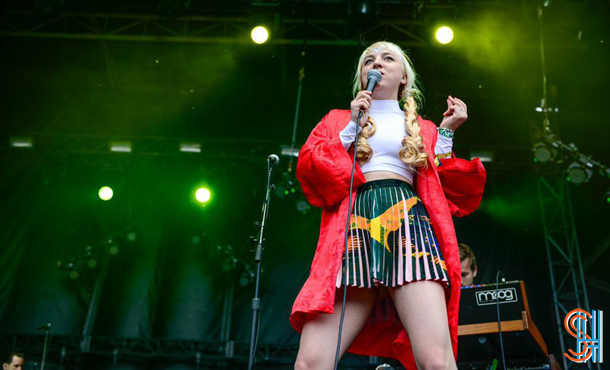 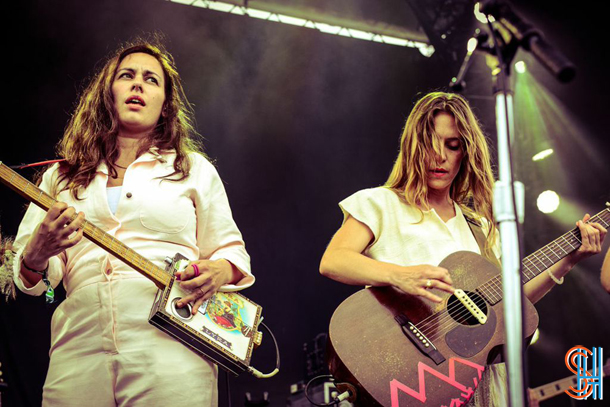 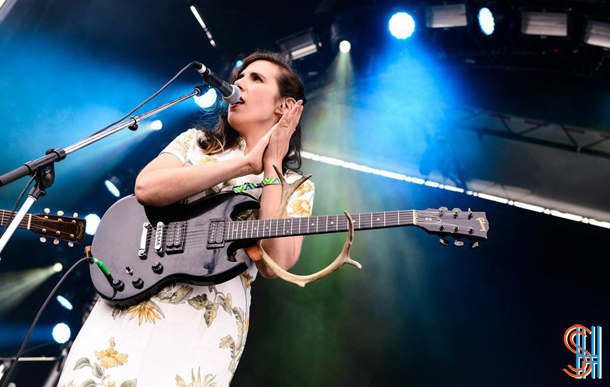 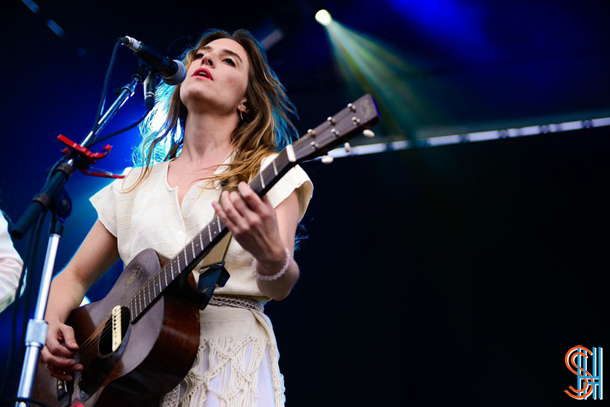 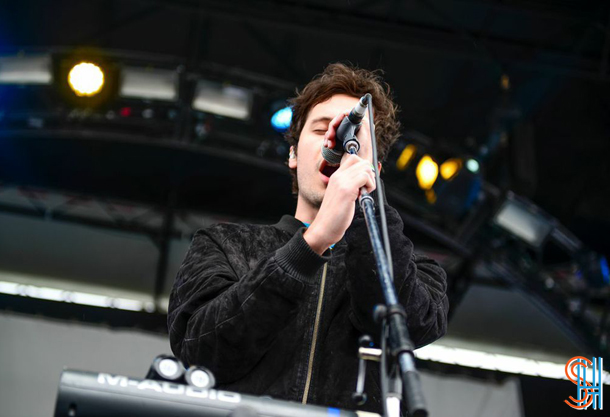 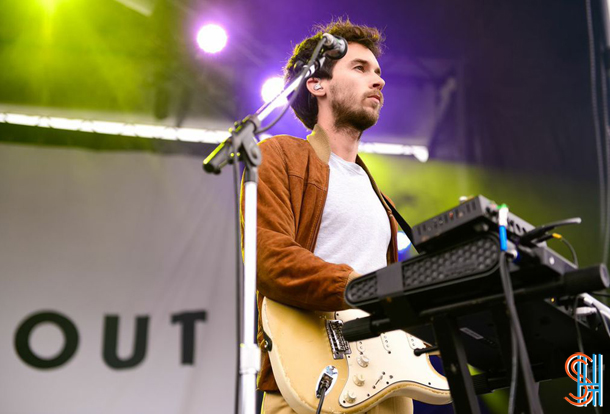 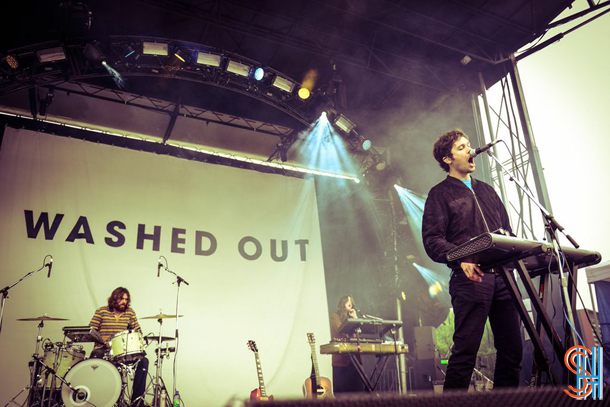 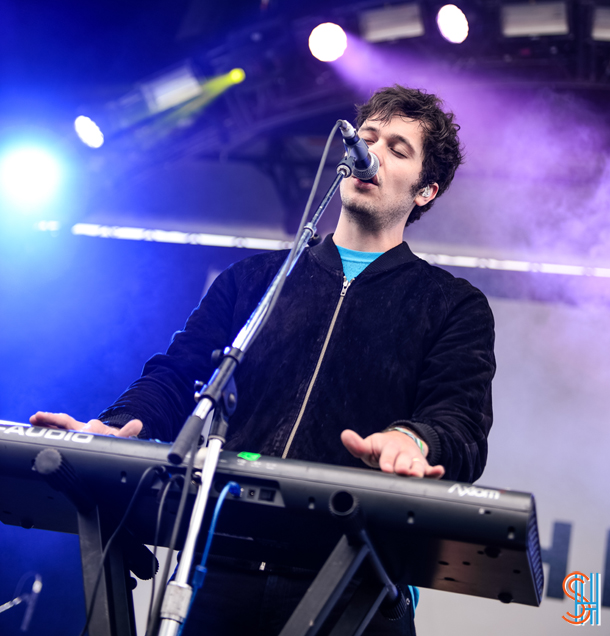 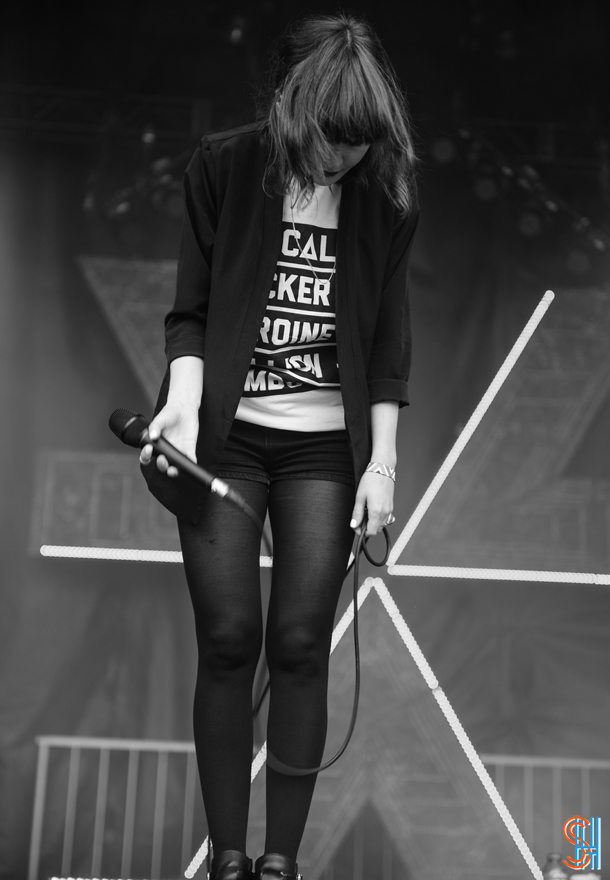 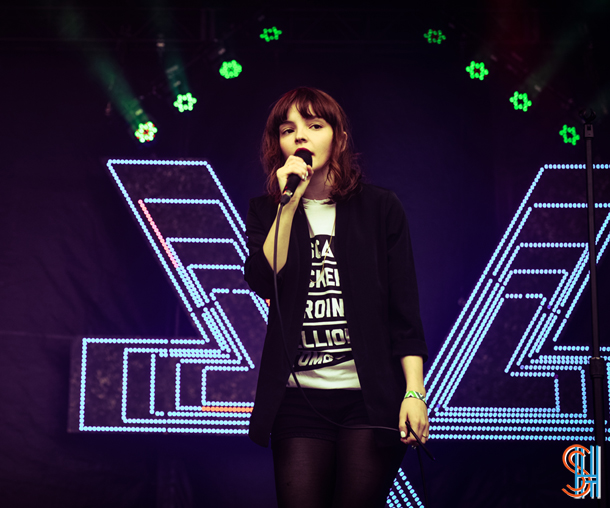 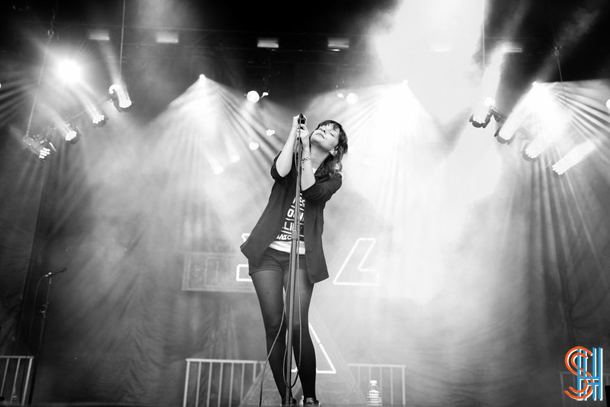