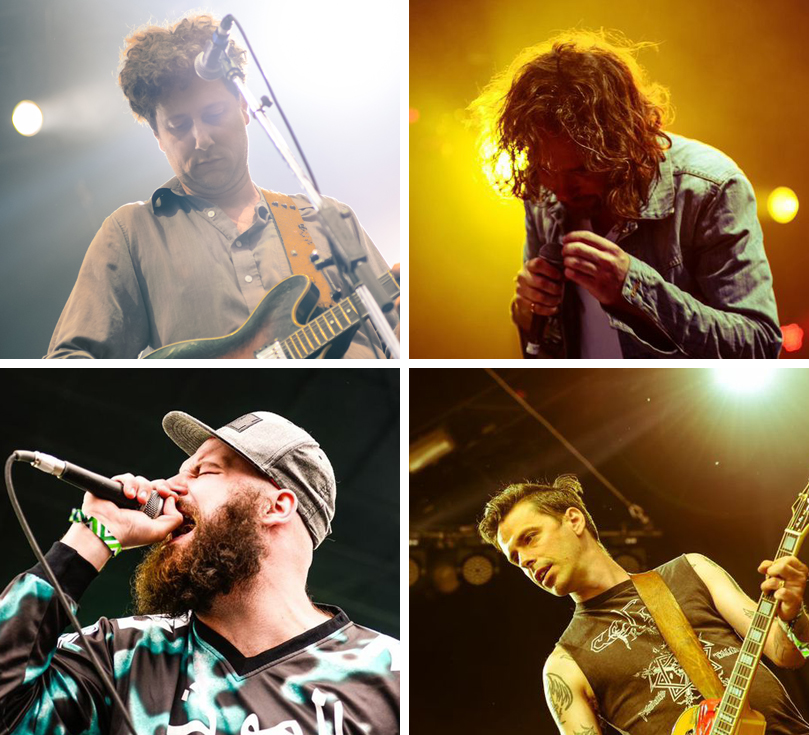 For a band that doesn’t play live very often, Do Make Say Think sure know how to wail. When their first notes rang out in the early afternoon the sparse but enthusiastic crowd watched these seasoned professionals turn the volume up to 10.

With a set time of only 45 minutes, Do Make Say Think really gave it their all. A highlight was watching the camaraderie between all of the band members and the sheer pleasure they get out of playing live.

Although their music is mostly instrumental, don’t mistake it for boring. Every time I hear the horns start up on “The Universe” I get chills. That song is a sheer masterpiece and I am extremely thankful that I have the pleasure of seeing it played live. I truly wish DMST played more often which is why I make an effort to see them play live any chance I get.

From the moment  Fucked Up took the stage on Sunday afternoon the audience was there to start a riot. The dude heavy crowd lost their minds starting a circle mosh pit before the first guitar riff had even started. One song in singer Damien Abraham climbed off of the stage and into the crowd. The frenetic energy of the hard to miss front man also translated back to the stage as the band played on and rocked out despite their front man’s absence from the stage.  The wall of guitars and bass plus Jonah Falco’s stellar drumming was just as much of an assault on the senses as Abraham’s larger than life stage presence.

Fucked Up also had a few surprise guests join them on stage including Gord Downie who had played earlier in the day. Rocking an almost all white outfit and a cowboy hat, Downie held his own against the inherent punkness that was Fucked Up’s set at Field Trip. Other guests included Alexisonfire’s George Pettit and Abraham’s darling boy Holden.

Fucked Up just released their best album to date Glass Boys. They are playing June 9th at Sonic Boom for free, all they ask is for a food donation to The Fort York Foodbank and at the much too small Rivoli on June 10th.

After a successful tenth anniversary label celebration, the maestros behind Arts and Crafts including Broken Social Scene front man Kevin Drew thought it would be fun to celebrate every year.  Expanded to two days, the rainy Sunday saw many of the bands on Arts and Crafts plus more play to a dedicated crowd.

The rain finally broke as Broken Social Scene took the stage to celebrate the culmination of a stellar weekend that was Field Trip. They broadened their set list to include deep cuts off of their self titled album and newer tracks off of their last album Forgiveness Rock Record.

Add in some political statements and extra love for our city which seems to be recovering from Fordlandia . Cue the 7 person horn section and guest appearances by Feist and you had a pretty standard albeit epic Broken Social Scene set. An absolute highlight was when they brought out Andy Kim and Kevin Drew coached him through the opening of Sweetest Kill only to have the Sugar Sugar singer totally steal the show. It’s a shame that the band that is usually known to skirt festival rules stuck to the curfew of 10pm, I definitely could have seen them play for easily another hour.

I had been eagerly anticipating The Constantines set since the day that it was announced that they would be playing the second annual Field Trip. After spending the day camped out in the rain waiting for them to go on stage, I nearly lost my mind when they took the stage a few minutes early.

The thundering Draw Us lines got additional help on drums by friends including Do Make Say Think’s Justin Small pounding on an extra floor tom. From that moment on the audience’s arms were raised up and the moment we had all been waiting four years for was all worth it.  They also got assistance on vocals for Soon Enough and On to You by Jennifer Castle who sang backing vocals on some of the tracks from Kensington Heights and Tamara Lindeman (Weather Station).

The Constantines played all of the songs that we had all been waiting too long to hear live again. To be surrounded by thousands of pairs of hands high in the air during “Shine A Light” and yelling can I get a witness with said friends was a totally surreal moment.

Appropriately “Time Can Be Overcome” was definitely the theme of their entire set. 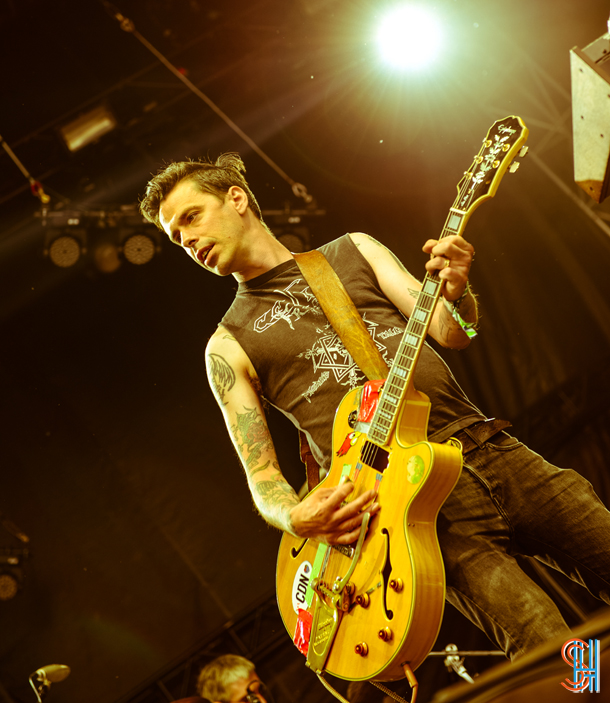 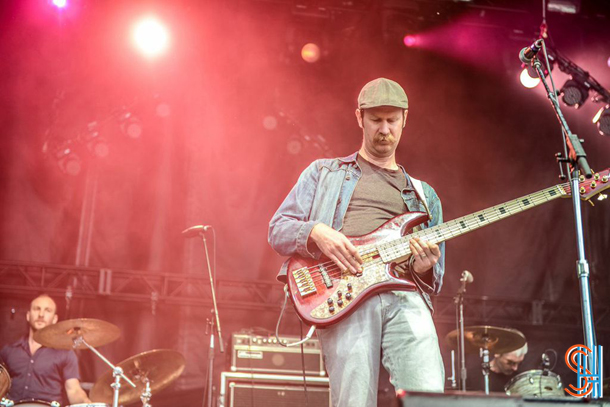 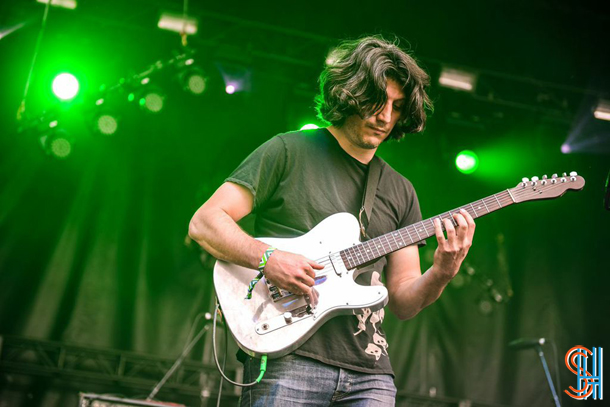 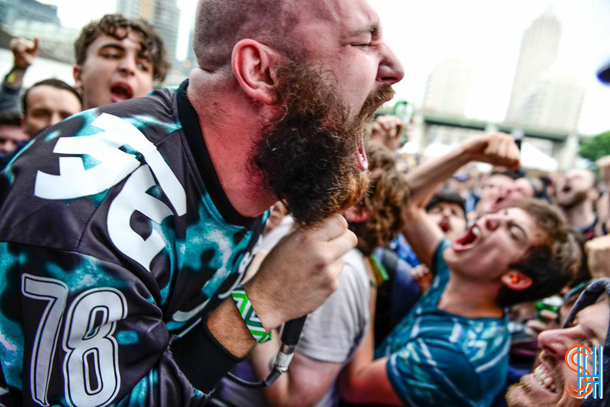 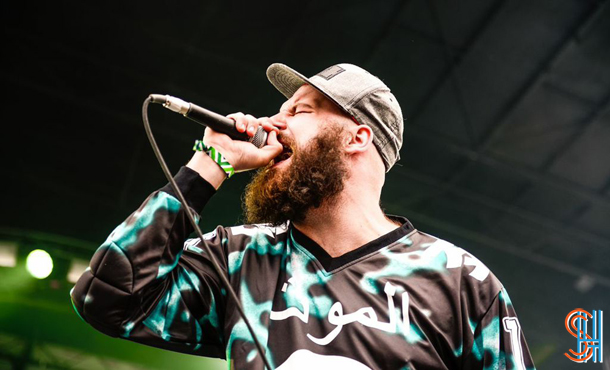 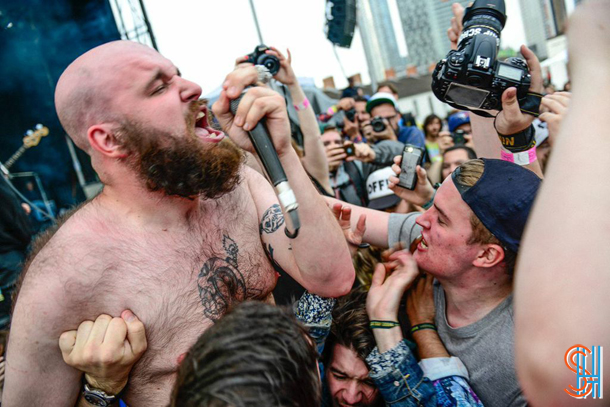 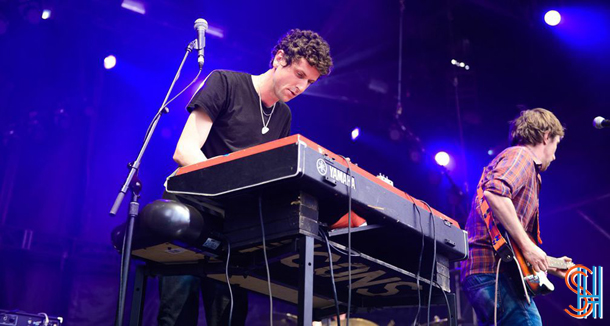 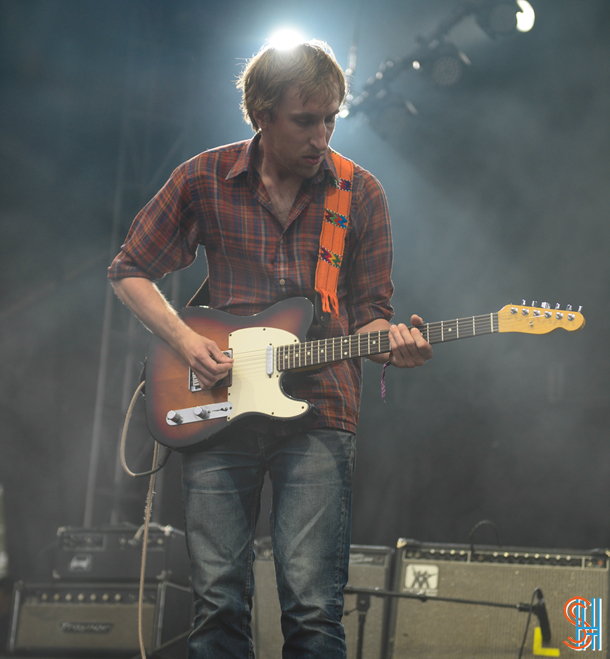 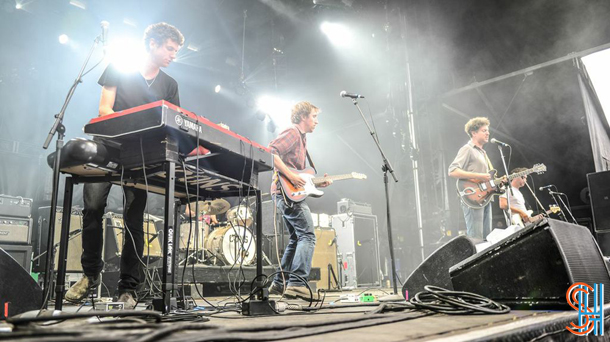 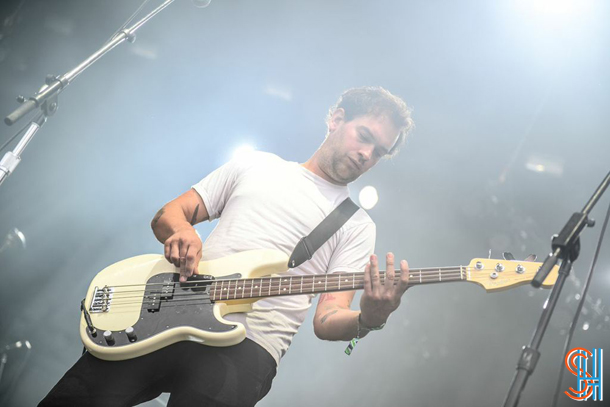 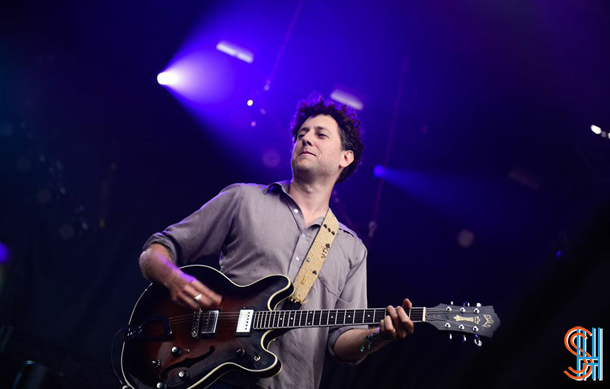 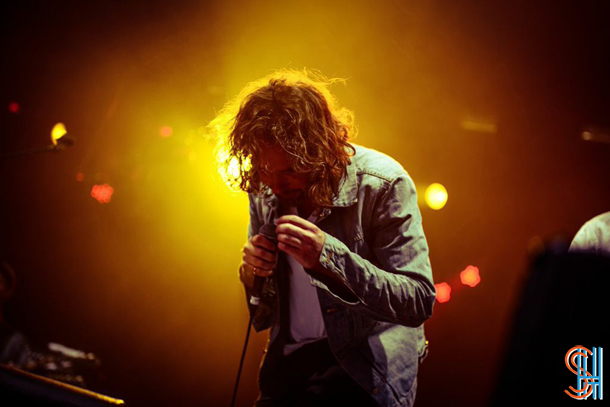 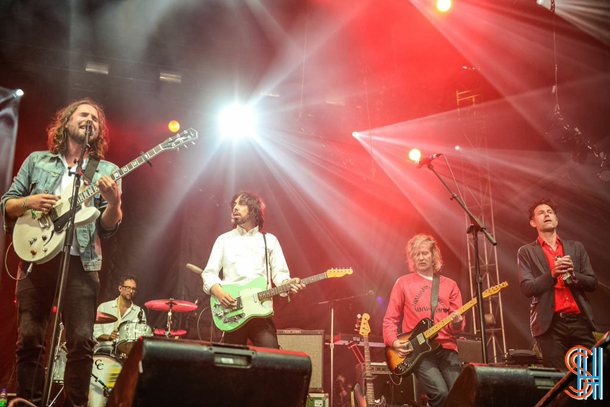 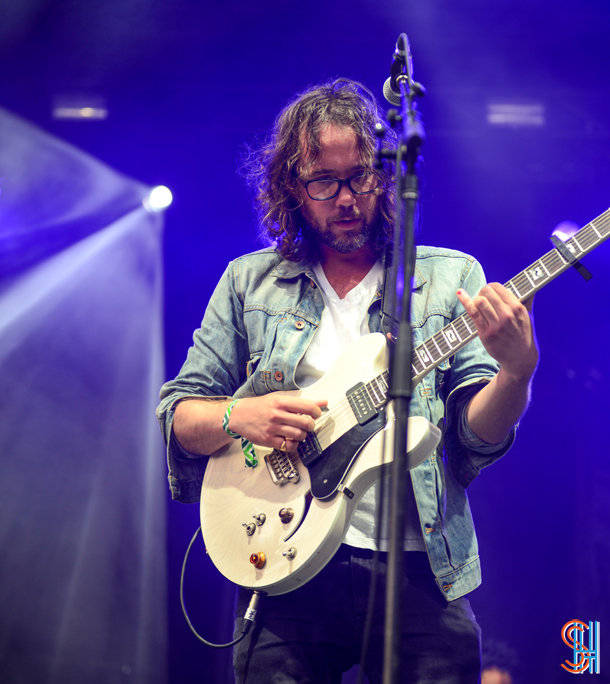 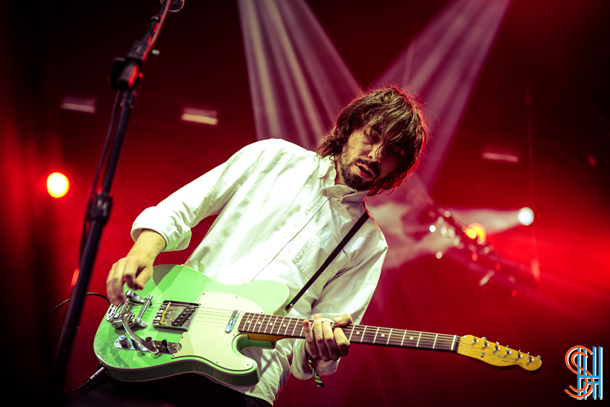 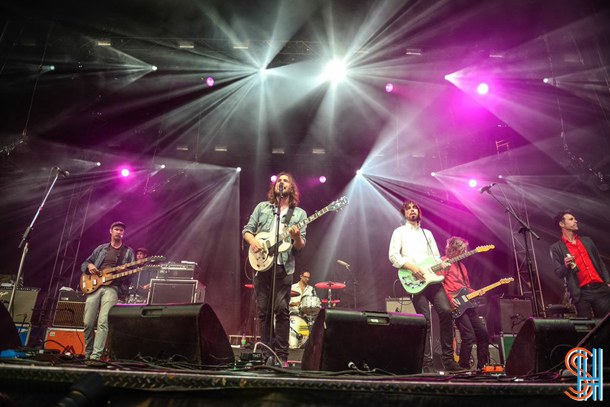 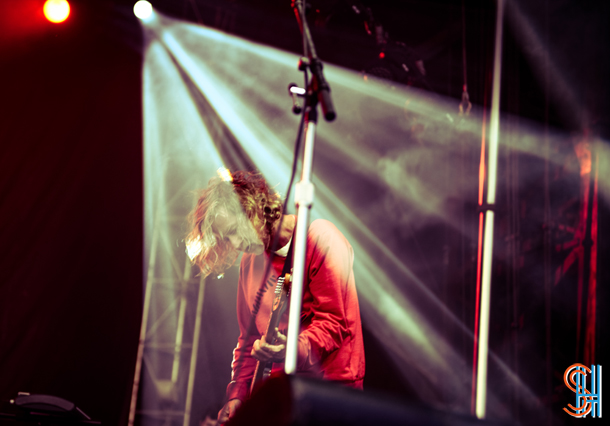