Last week Bestival organizers announced the festival would return to Toronto. After a rocky start to the festival franchise last year on Toronto Island, Bestival has decided to take things to dry land this year to Woodbine Park with The Cure and Tame Impala headlining.

Today they have announced the full line up for the festival which takes place on June 11th and 12th and features the likes of Grimes, Jamie xx, Classixx, Odesza, Porter Robinson, Madeon, Dubfire, Daughter, Maya Jane Coles, the Wombats, Joris Voorn, Art Department, and many more.

In a press release organizer Rob da Bank had the following to say about the festival’s uniqueness:

“Show me another festival in your beautiful county of Canada with shamans, sound healing, drag queen opera, a musical bicycle and I’ll eat my hat. We are so excited about bringing not only some incredible bands and DJs to Bestival Toronto but also this amazing array of out of this world, camp and cosmic happenings. Be there! Don’t say I didn’t warn you”.

Check out the full two-day line up below and for more information including tickets head to their website now. 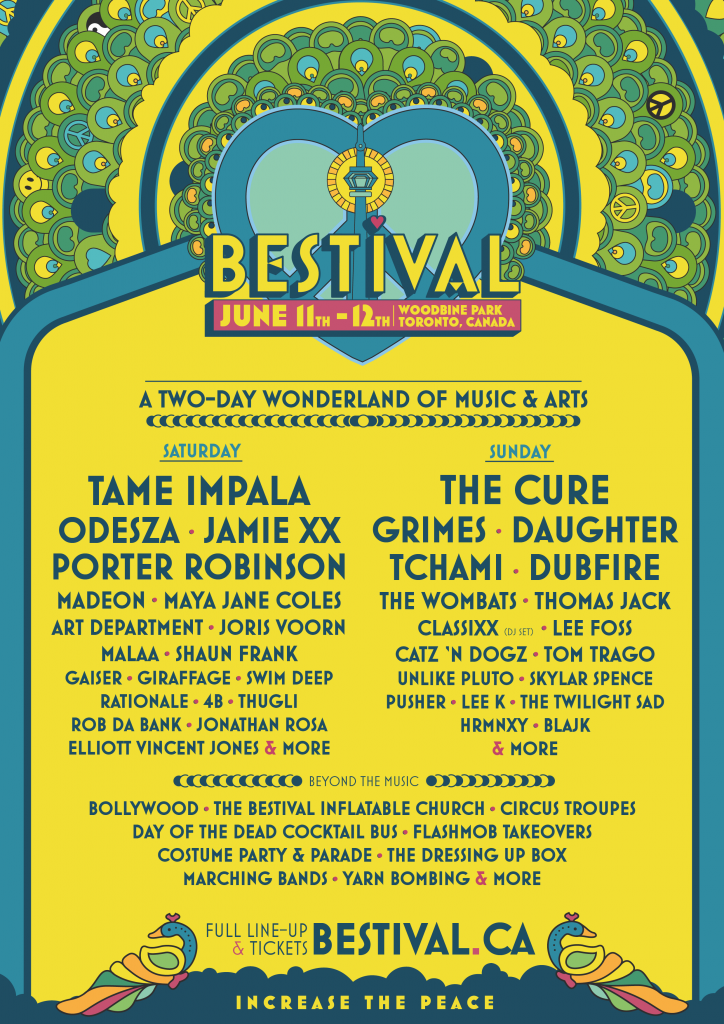