It really happened. The people behind the ultra-successful Beachclub in Montreal just pulled off the inaugural installment of their new rap music festival, Festival Metro Metro, and we were there to capture it all.

With top-tier headliners like Cardi B, Future, Snoop Dogg, Juice WRLD, A$AP Ferg and Ludacris advertised to play what could be the largest rap music festival ever booked on Canadian soil, attendees and critics were stunned by the announcement of the new festival and it only took a quick Twitter search of the words “festival metro metro” to find endless sentiments of disbelief that this could really be happening in Montreal. But announcements continued to roll in and a week before Metro Metro began, the festival’s Instagram Story was filled with videos of an enormous venue being built at Olympic Park and the general doubt around the legitimacy of the festival began to dissipate as excitement began to grow.

The standout quality omnipresent at Metro Metro was the love for English-speaking rappers (a genre called “rap keb”) like Montreal’s own Fouki and the Dead Obies who kicked off the first day of the festival. While the Motorola Stage was almost entirely dedicated to rap keb during the day, Toronto rapper and young Regent Park hero Lil Berete kicked things off on the larger Bud Light Stage with enormous reactions to his viral hits like “No Makeup” and “Real.”

The first major set of the day came from Atlanta legend Waka Flocka Flame and was unfortunately plagued with sound issues. In the true spirit of rap music, Flocka did not allow the technical difficulties to stop the party and promptly jumped down into the crowd to join his fans and perform acapella versions of his numerous trap hits.

A$AP Ferg set the tone for the rest of the evening as he came out swinging for the fences with his Meek Mill-assisted hit “Trap and a Dream” and did not let that energy die. The Harlem rapper performed hit after hit like “Work” and “Shabba” before moving his set to the speakers in front of the crowd and freestyling for what seemed like an eternity.

Snoop Dogg brings the party everywhere he goes and his performance at Metro Metro was no exception. Accompanied by pole dancers, Warren G and a dog mascot (wielding what appeared to be a giant shlong), the Doggfather grooved and bounced through a wildly dynamic set that ranged from his rap classics to other 90’s hip hop staples and even modern rock music.

Cardi B was the clear standout of the night – and obvious fan favourite by the sounds of “CARDI, CARDI” chants that rung out from the crowd from the moment Snoop Dogg left the stage. A troupe of dancers emerged from the back and set the stage for Cardi to arrive and greet the hoard of screaming fans. After a short introduction and several remarks about the Canadian border and love for her Montreal fans, Cardi delivered what can only be described as a phenomenal rap performance. Smoothly transition from smash hit to smash hit (with assistance from OVO-certified DJ Charlie B), Cardi sped through an epic setlist of tracks like “I Like It,” “Drip,” “Money,” “Bartier Cardi” and of course, “Bodak Yellow.”

Our favourite Toronto rapper/producer duo Just John x Dom Dias kicked off the second day of Metro Metro with a bang – performing selects off their recently released DON III EP and several unreleased tracks. The crowd, though unfamiliar with the duo, quickly resonated with their energy and formed a large audience for John’s several acapella verses and a DJ set/dance session from Dom Dias.

Heavy rain took over the afternoon but the energy did not let up as Rich the Kid took about fourteen hits from his blunt and then jumped across the stage performing numerous tracks from his new The World Is Yours 2 project – although the bass was so loud they all sounded the same. The crowd absolutely lost their minds for “New Freezer” and it could not be ignored that Rich the Kid was indeed wearing an entirely Fendi outfit from head to toe. 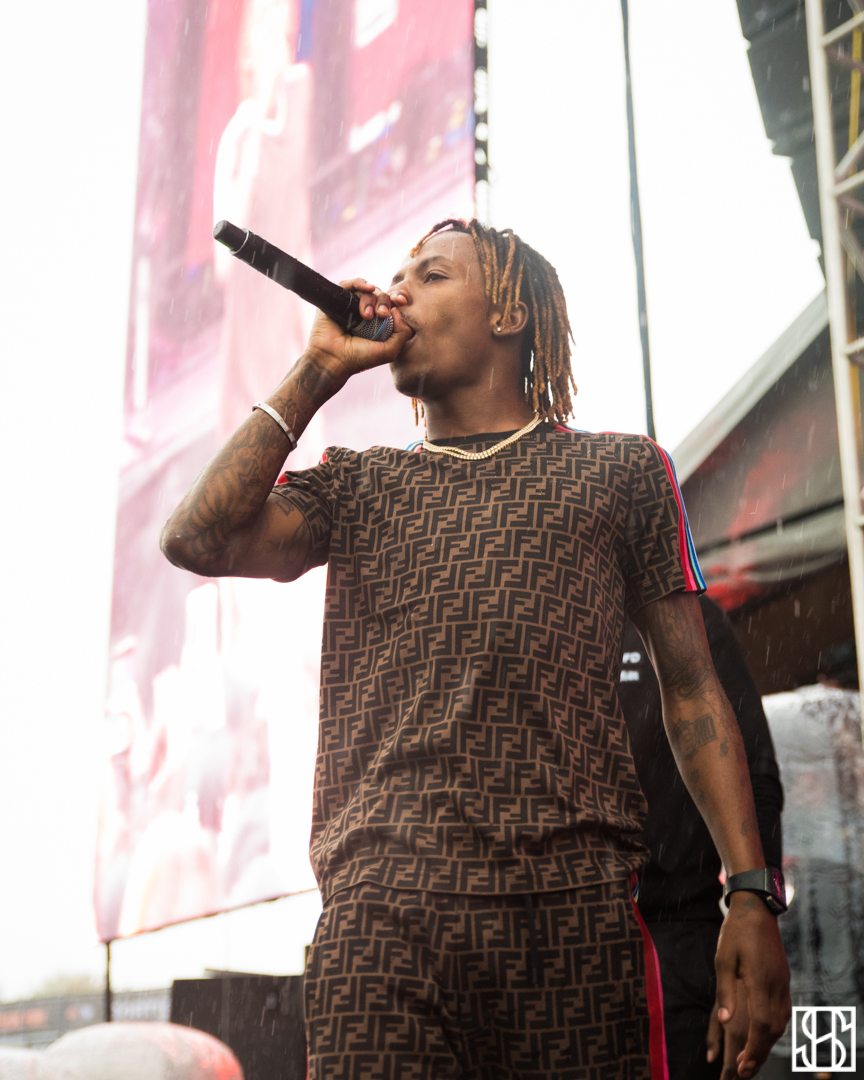 The standout performance of the day actually came from comeback king Tyga as the rapper emerged on-stage accompanied by countless dancers – and intelligently made use of both the smoke and fire pyrotechnics at every given opportunity throughout his strip club hits. T-Raw made it across the stage over and over with Energizer Bunny-level speed, only ever stopping to bump and grind with the dancers before launching off again behind a wall of fire and smoke. 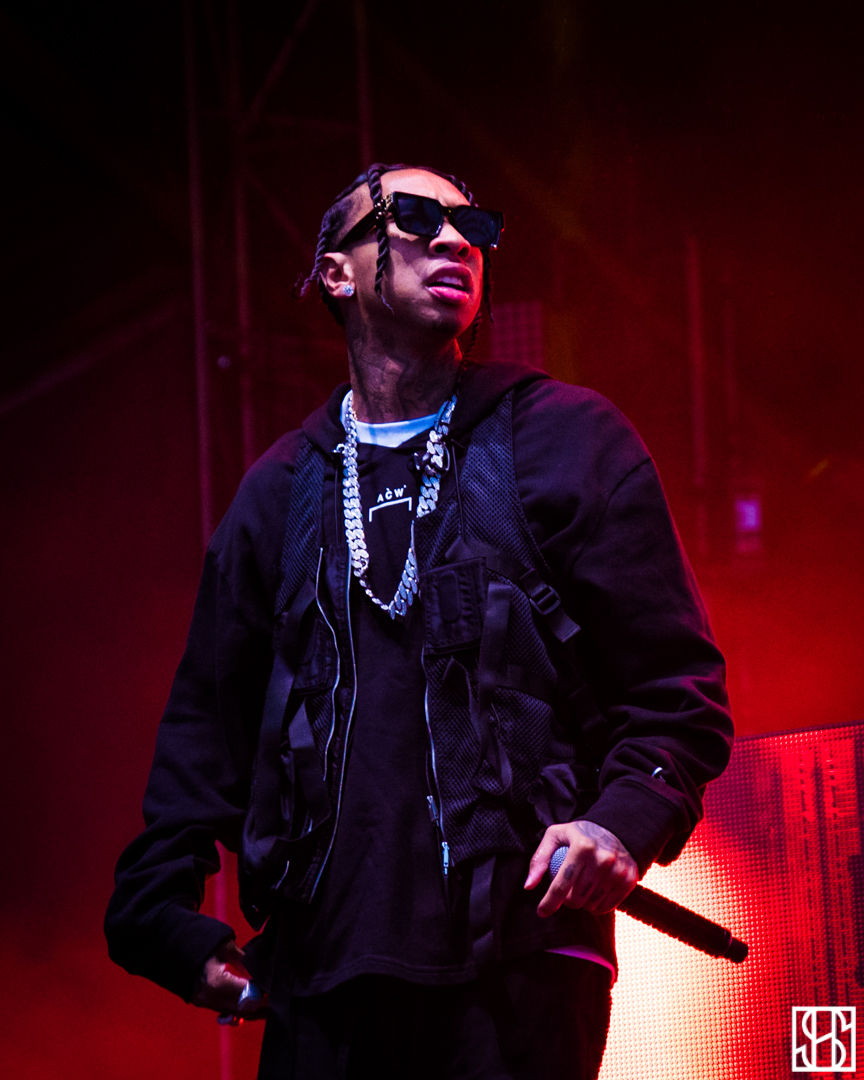 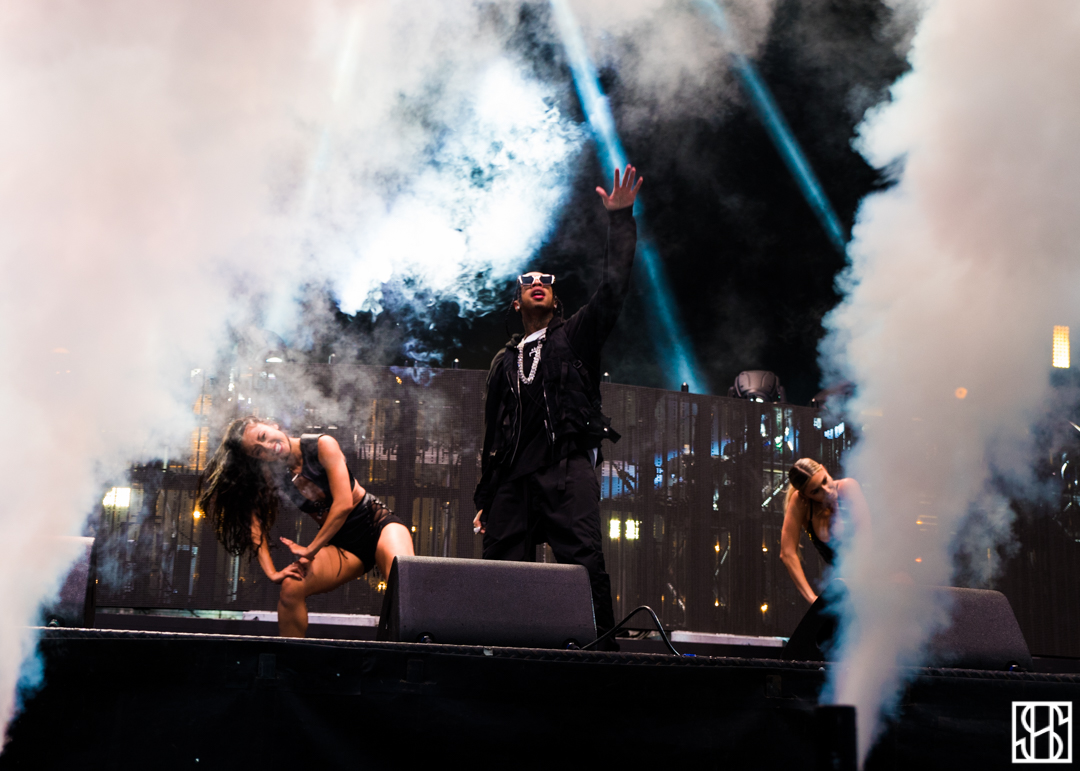 Juice WRLD drew an enormous crowd as the sun fell but kept the energy high and performed all of the fan favourites like “Lucid Dreams,” “Empty” and “Robbery” – only stopping to take a quick Instagram Story. The crowd seemed to know every word to every song and certainly appeared disappointed when Juice WRLD left the stage. 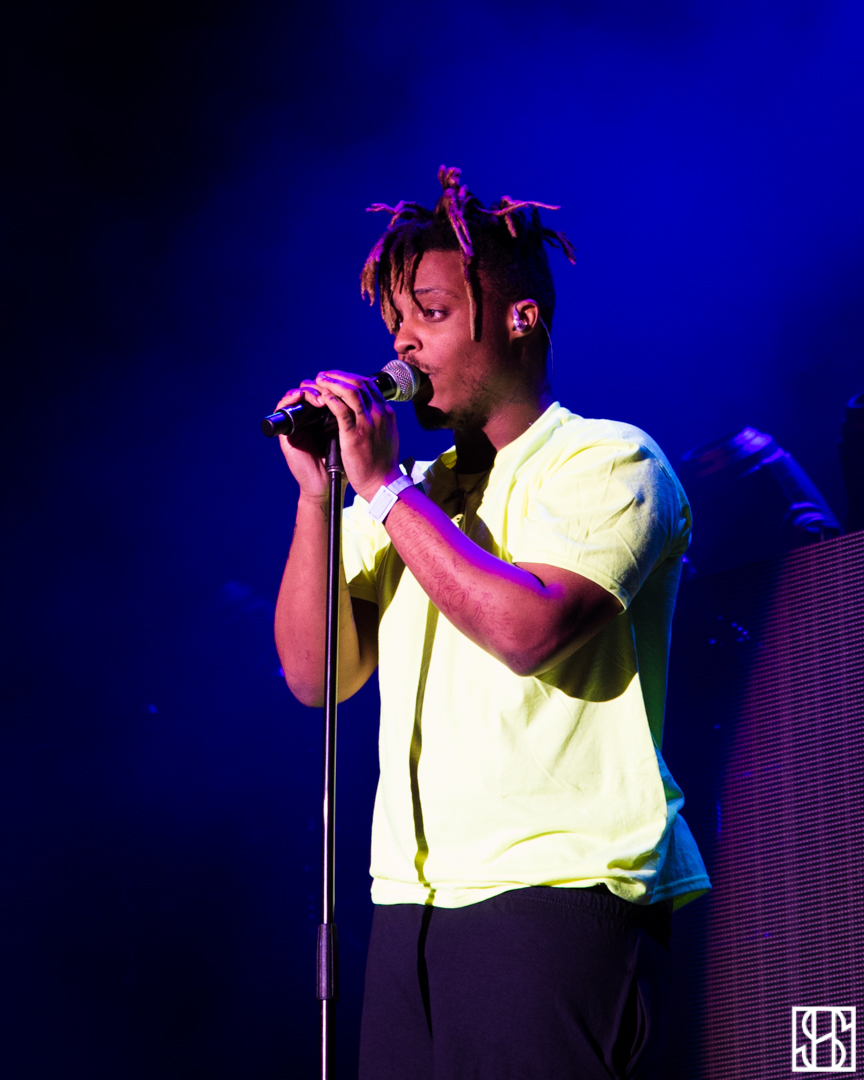 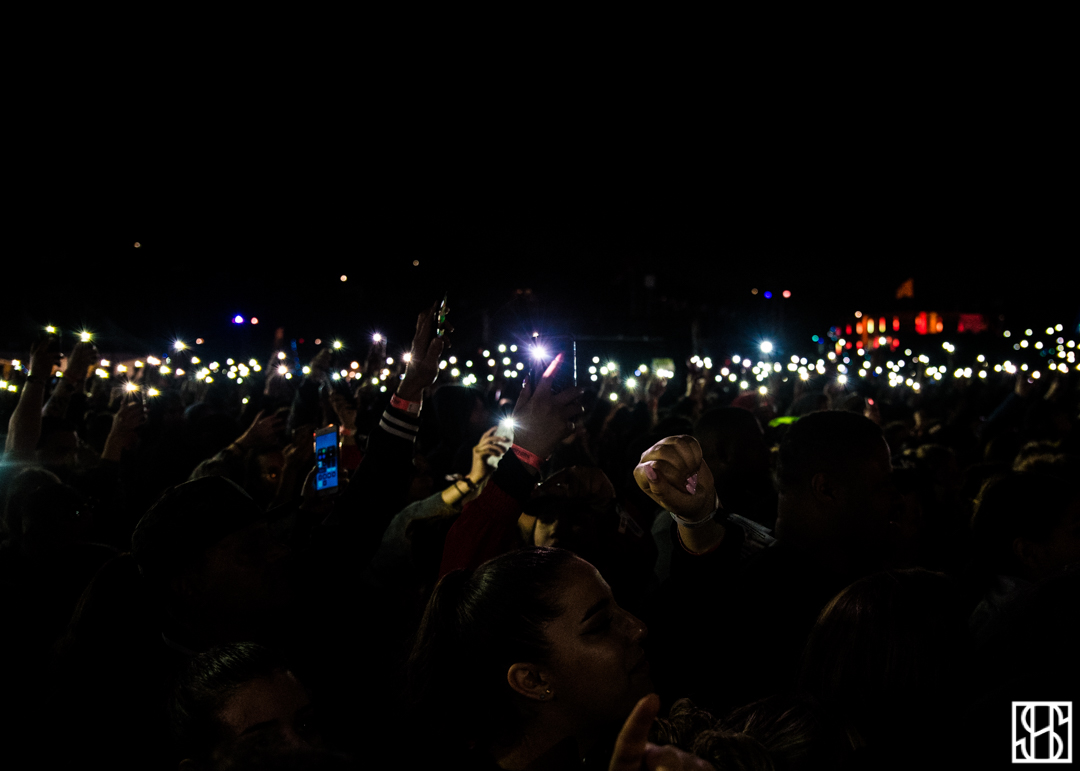 Sean Paul was a surprise highlight of the night – the Jamaican hitmaker ran through smash after smash with his tour band and turned the end of the rap festival into a serious celebration. At 46-years old, Paul is still in peak condition and delivered a proper send-off for the conclusion of the new Montreal music festival.