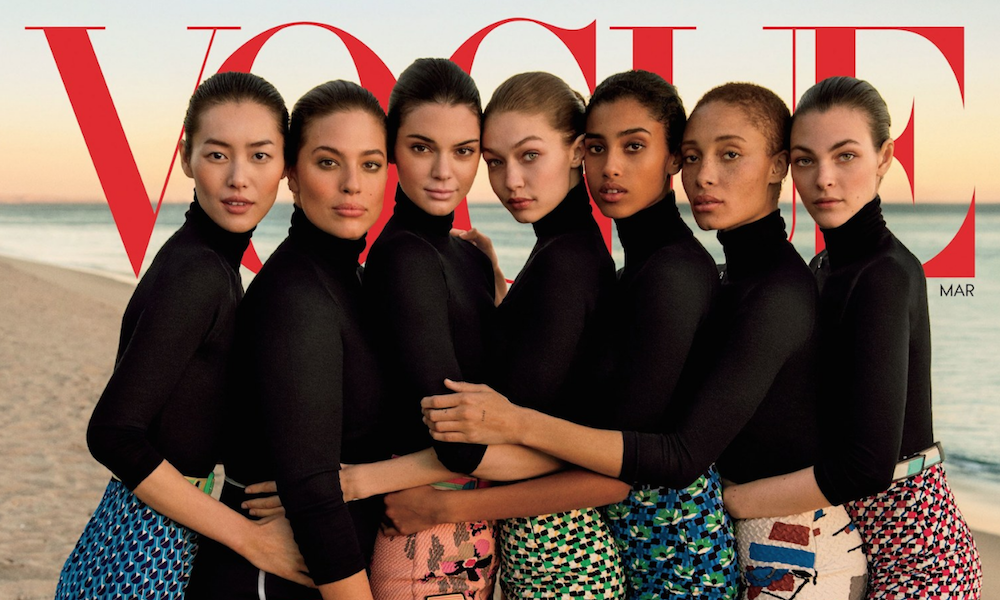 On the cover each model wears a simple black turtleneck paired with printed hot pants, an image that references the iconic Peter Lindbergh-shot 90s cover featuring the Supers – but these are a different breed of supermodel. Models like Ashley Graham and Gigi Hadid are actively using social media to build their brands and carve out their own spaces in the industry, what Vogue calls “democratizing fashion”.  Check out a few of the best shots from the spread below and read more at Vogue.com. 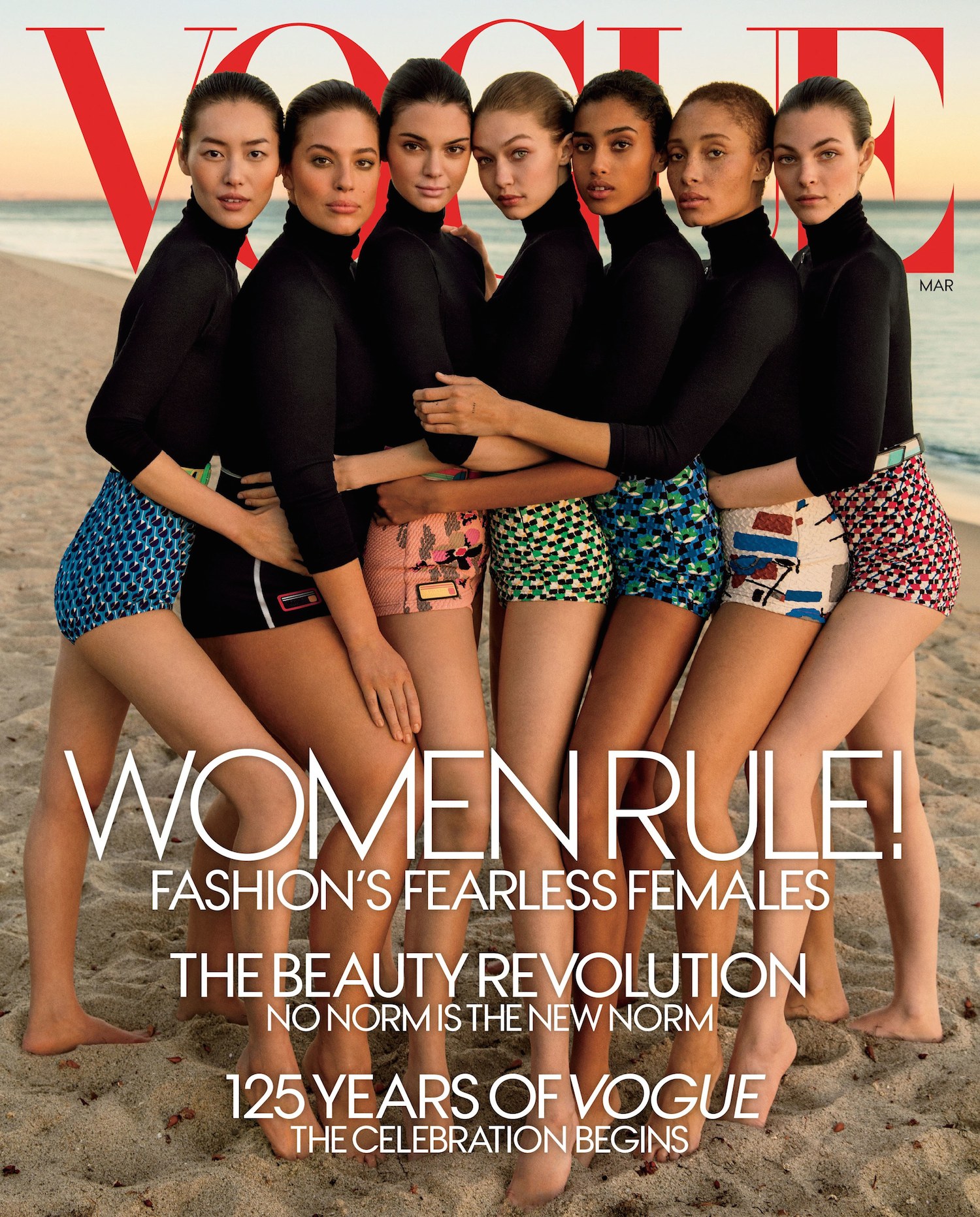 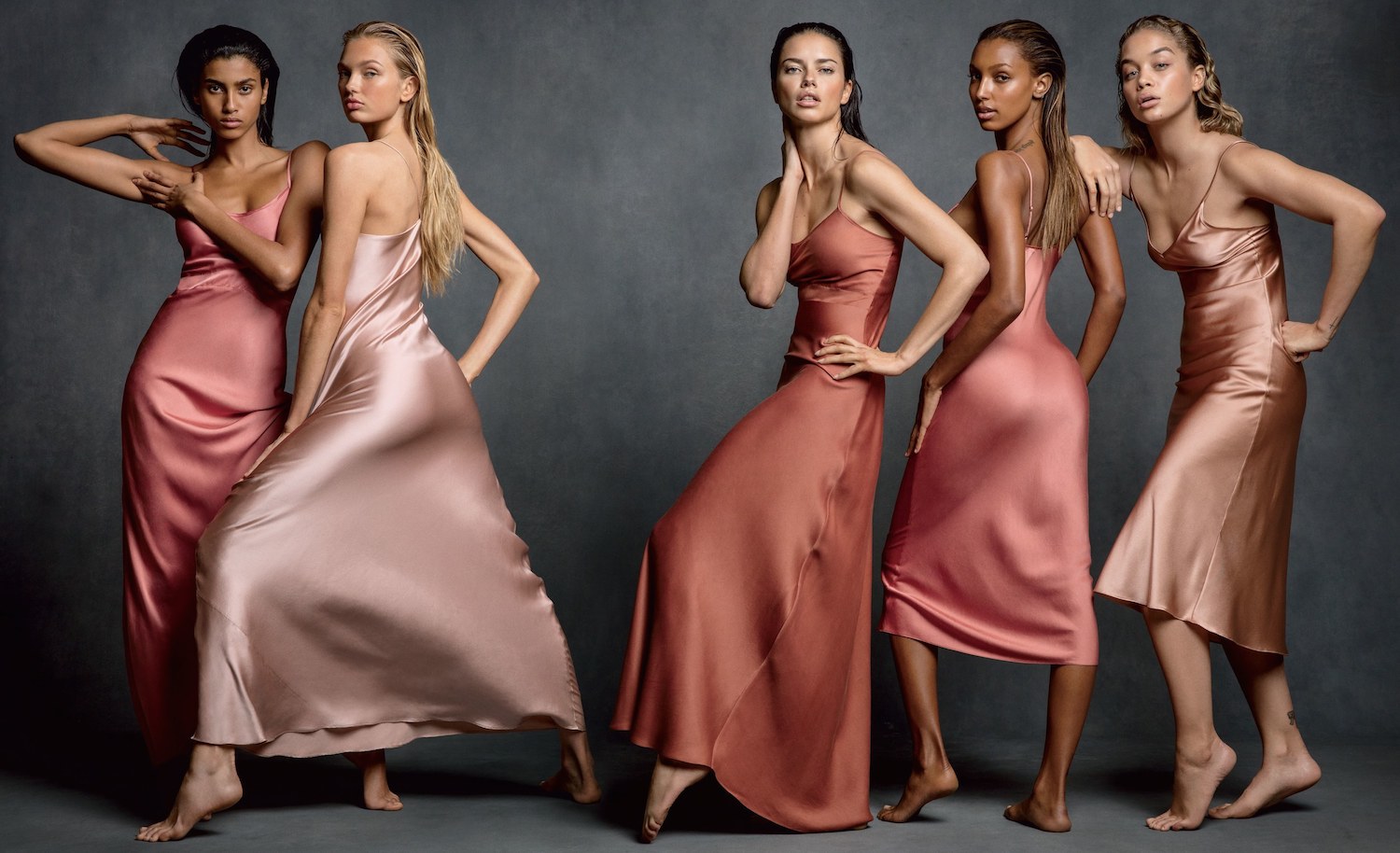 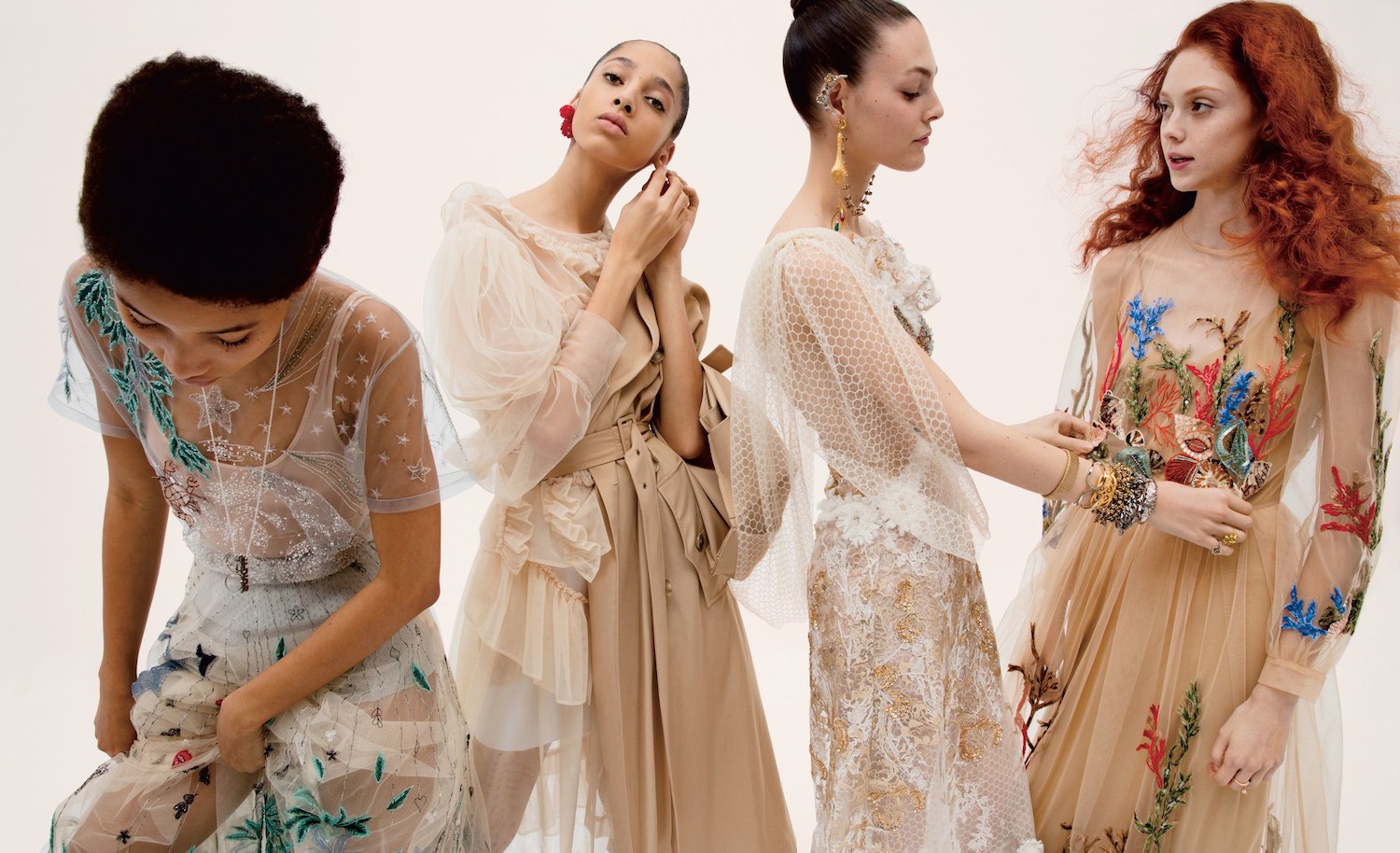 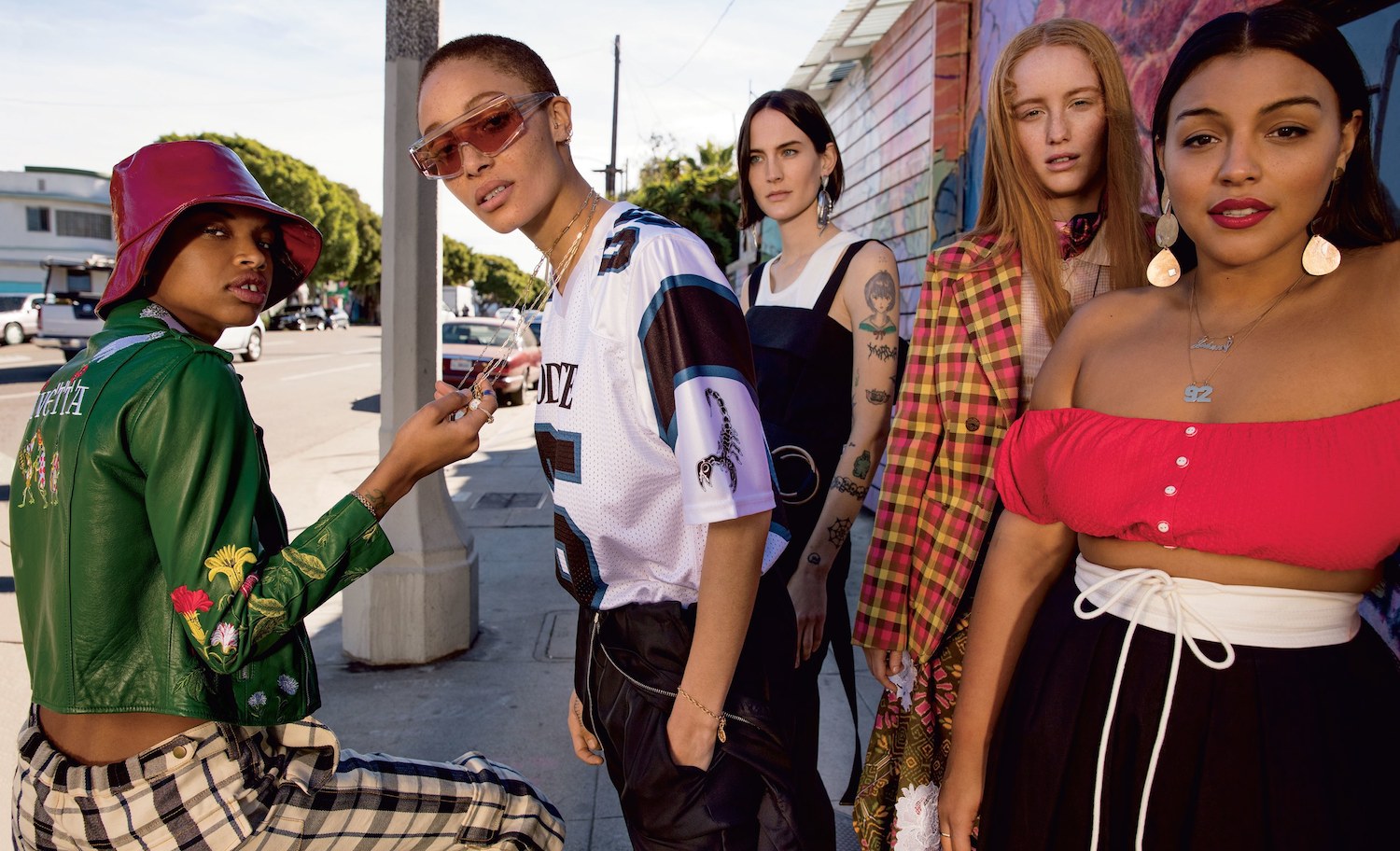