Last week the Sidewalk Hustle team touched down on British Columbia’s breathtaking Vancouver Island for a few days of exploration and test-driving with Buick Canada and the all-new 2018 Buick Regal. Seeing the mountains from an airplane seat is one thing but it is an entirely different experience to drive the winding roads and round a long, steep corner to find yourself looking up from the base of the largest mountains in Canada.

The adventure began with a lengthy three-hour test-drive of the 2018 Buick Regal Sportback that began in Nanaimo, BC and concluded at the featured destination of the experience, Tofino Resort + Marina in beautiful Tofino, BC. Three-hour car rides do not have the best reputation but this was like none other. Once we left Nanaimo and its surrounding residential areas we ventured into the heavily forested, mountainous region of Pacific Rim National Park Reserve. Long winding roads comprised most of the drive while the sights to go along with those roads varied from thick forests to serene open lakes and immense mountains.

The Sportback version of the Regal that we were driving was equipped with an Intelligent All-Wheel Drive feature that allowed the car to monitor the traction of each wheel individually and keep us from having to slow to almost a halt at every turn – although we made several stops along the way to capture the beauty of the Regal against nature’s “backdrop” and bask in the near silence. 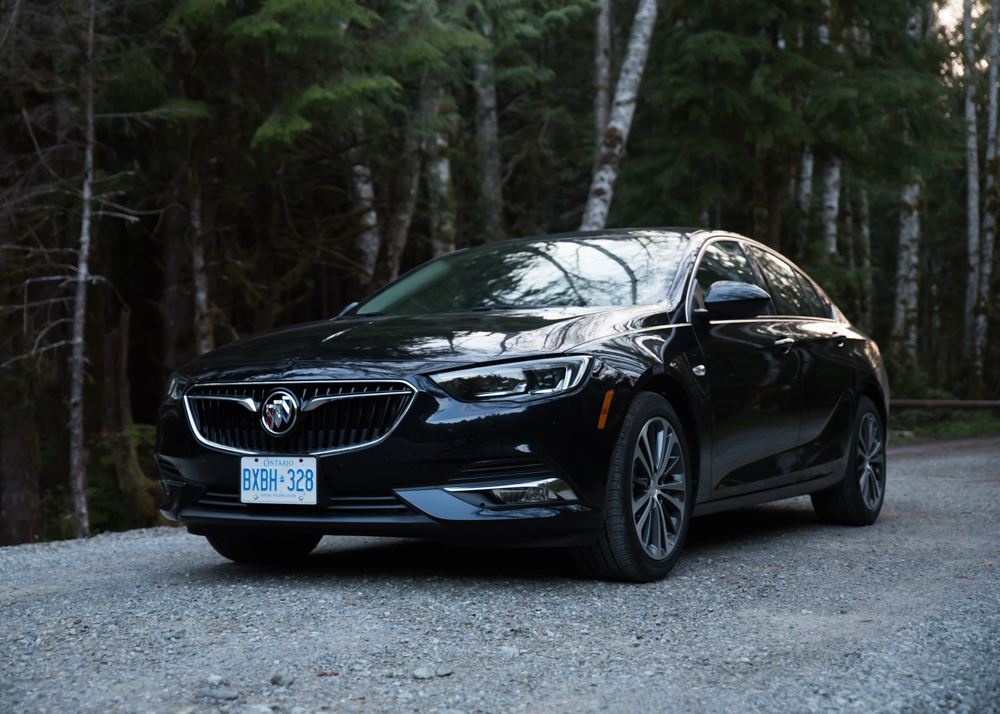 Once we reached our destination at Tofino we were able to experience the region as if it were our home and drive the Regal as if it were our own. Select local experiences included surfing lessons from Tofino’s own Surf Sister Surf School, driving to get tuna tacos from quirky, off-the-beaten-path food truck Tacofino and fishing for crabs with local chef Paul Moran of Tofino Resort’s own 1909 Kitchen. We also joined Chef Paul in foraging for local ingredients like plantain and dandelion that he later utilized in an extensive culinary tutorial featuring fresh local halibut and the crab we had caught previously.

Our time in Tofino concluded with an early morning drive to Chesterman Beach in the Buick Regal GS. The sportier of the two Regal models, the GS was the perfect fit for the empty roads of an early morning. We hopped into the massaging performance seats, logged into the onboard Wi-Fi network and streamed music all the way to the beach. Once again we faced the winding roads of Tofino but the GS was surprisingly packed with a Lane Change Alert safety feature that prompts the driver when crossing into another lane. The mountainous region commonly held a low-speed limit but the racing-inspired version of the Regal had us inspired to test the abilities of the car against the curve of the land – a scene that looked something straight out of a movie.