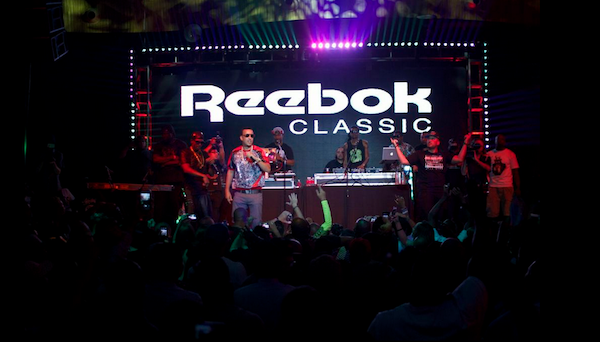 Reebok Classic took their latest party to the Project Trade Show in Las Vegas on Monday, August 19th. Taking over Rain Nightclub at the Palms Hotel with pyrotechnics, light shows, and a cast of headliners including Travi$ Scott, French Montana, Tyga and Swizz Beatz, with special guests Rick Ross and Chris Brown everyone who was anyone in Vegas was in attendance. 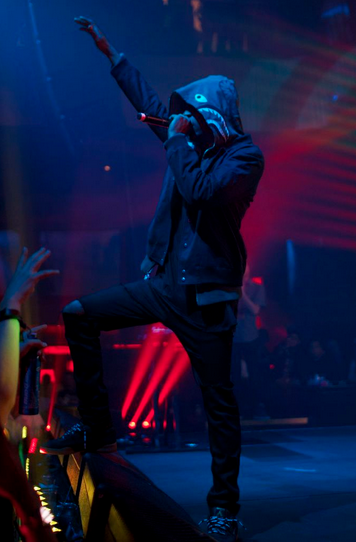 Travi$ Scott kicked off the concert first with his signature hype style to get the crowd going with favorites like “Uptown” and “Upper Echelon.”  French Montana followed Travi$ and started off with Big Sean’s “Mula” and was then was joined on stage by the legendary Swizz Beatz for a high octane version of “Ocho Cinco,” while the crowd joined in. 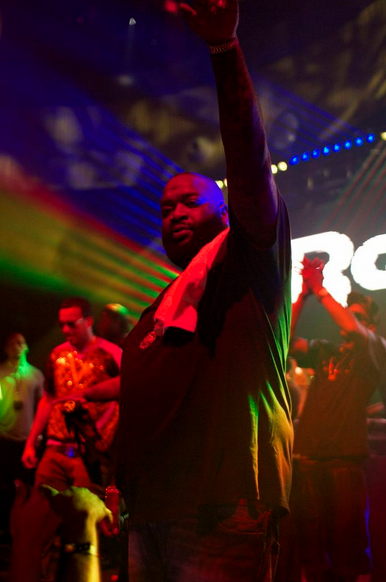 Montana then brought in special guest Rick Ross, and both went to spit the fan favourite, “Pop That.” Rozay then took the liberty to rap through some of his big hits, including “Stay Schemin’,” Jay-Z’s “F*ckWithMeYouKnowIGotIt,” and “I’m A Boss.”  Following the Ross was Tyga who was finally joined againby  French Montana, and Rick Ross who did their own rendition of “Thrilla in Manilla.” 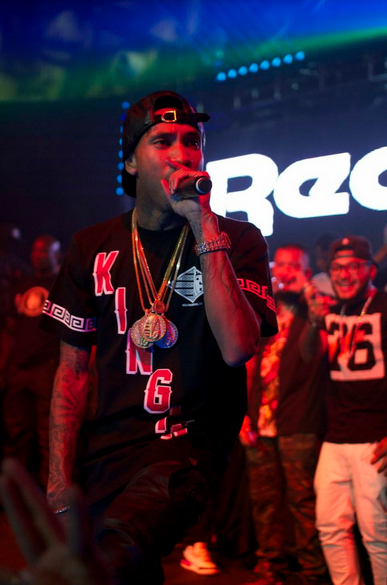 As the night continued, the crowd was in for a further surprise with a special appearance by Chris Brown.  With Tyga, Rick Ross, French Montana, and Swizz on stage, Chris closed the concert with “Beat It” bringing the house down. 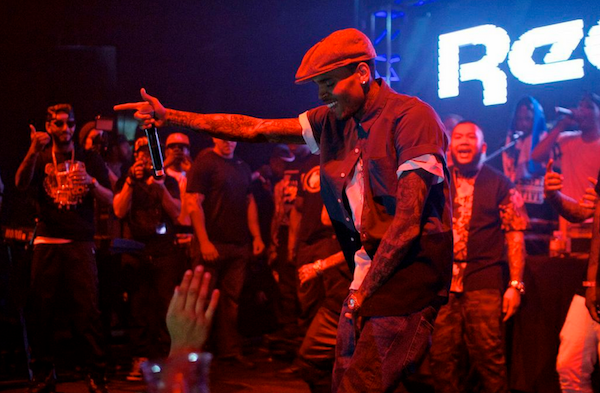