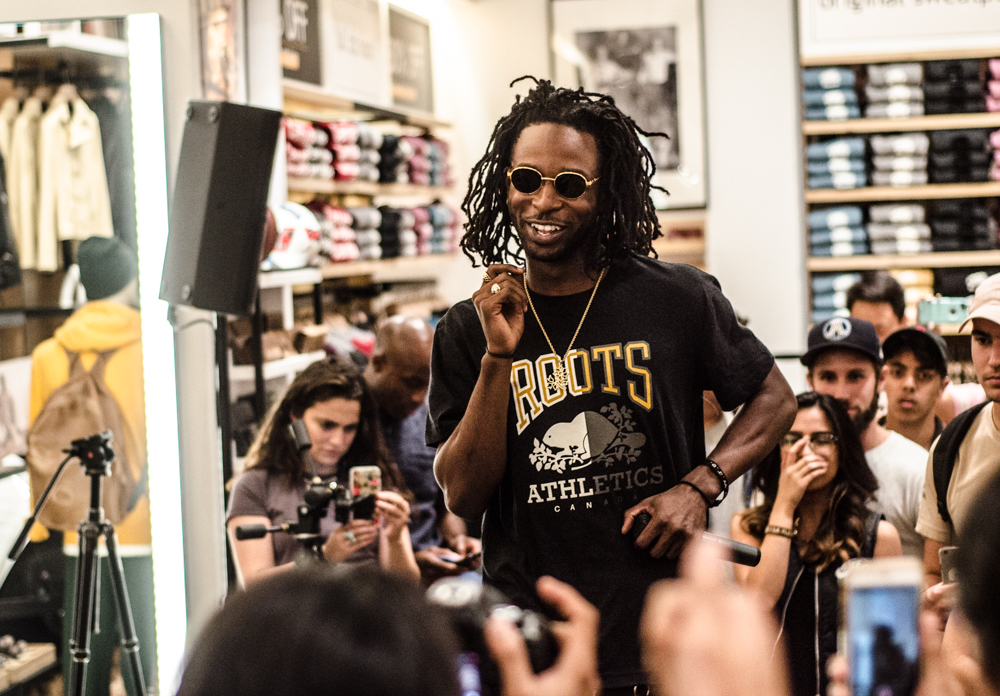 Following the release of their new sweatstyle campaign featuring Canadian musicians, Toronto-based clothing brand Roots Canada held a Q&A and listening party with rapper Jazz Cartier at the Roots store at 80 Bloor Street West (Jazz was one of eight artists featured in the campaign). 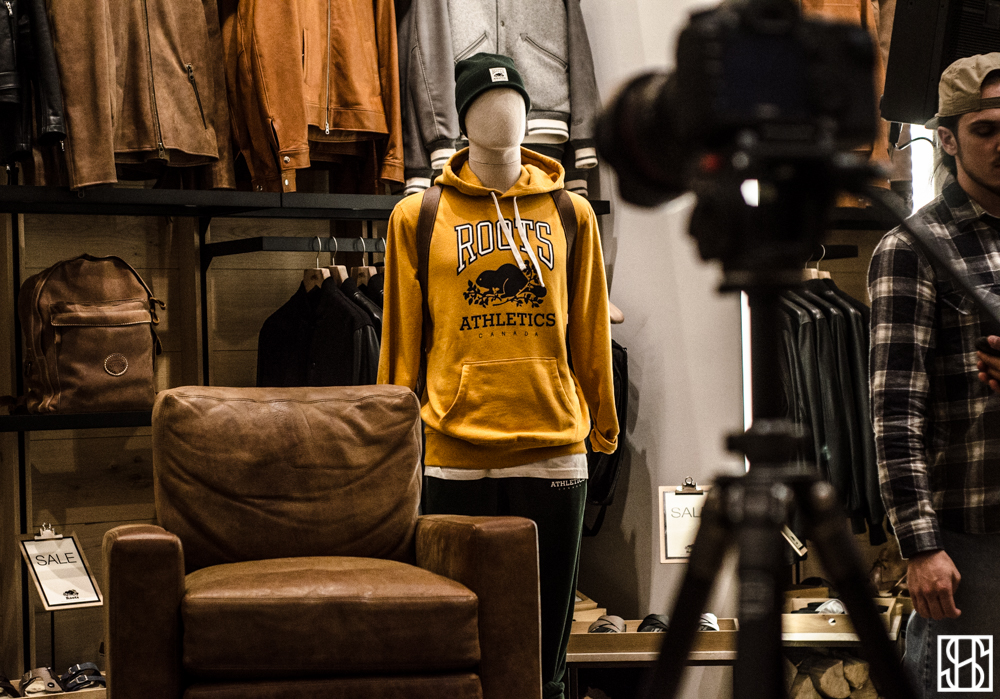 Jazz was interviewed by Roots Canada designer Adrian Aitcheson of TOO BLACK GUYS fame. They mainly discussed the upcoming collaboration between the rapper and the brand but Jazz also spoke in some detail about returning to Toronto after months of touring. 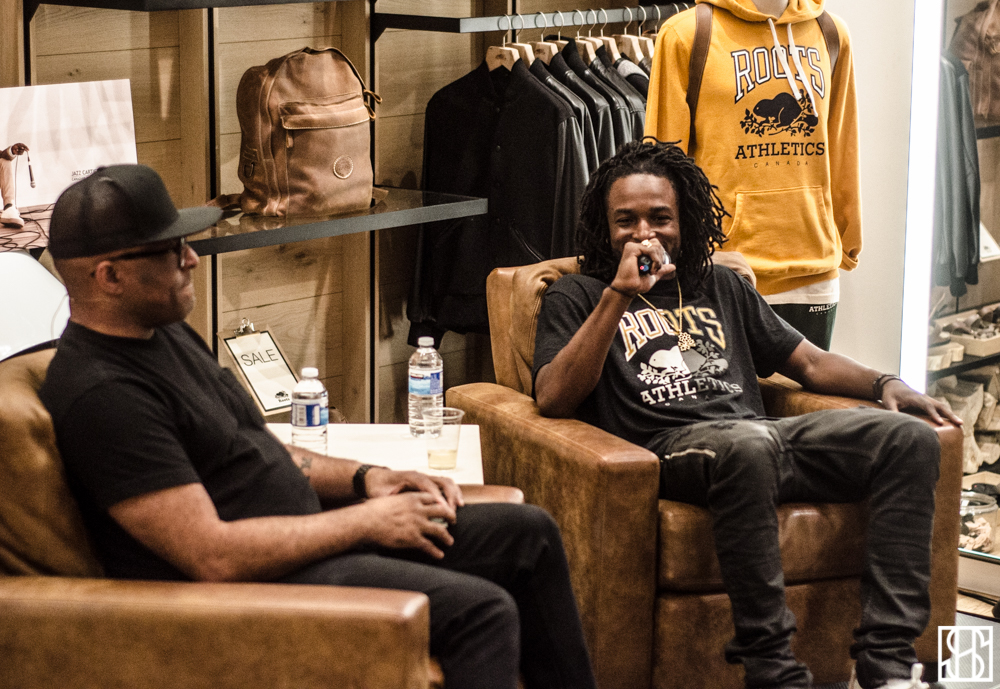 After the Q&A we had the chance to catch up with Jazz for a quick conversation about the Roots collaboration and his personal connection with the brand.

SIDEWALK HUSTLE: The jacket that you’re rocking for the campaign, is that something they came to you with? Or did you specifically request a “La Fleur jacket” because that shit is fly.

JAZZ CARTIER: They told me I could make one and then I tricked mine out. I was going to wear mine today but I was out getting my hair done but look out for my Roots jacket features. They’re all going to be fire.

SH: For awhile, the Roots sweatpants were probably the most hyped piece. What do you consider to be the most underrated Roots piece?

SH: Yeah, no one ever reps the hats but they’re fire.

JC: Back in the day, Roots has this leather jacket with a suede piece. No logo on it but it was fire.

SH: Did you ever have Roots pieces growing up? I know you moved around a lot in the States so kids must have always asked about it.

JC: Oh always, always. They just wanted to know about it. 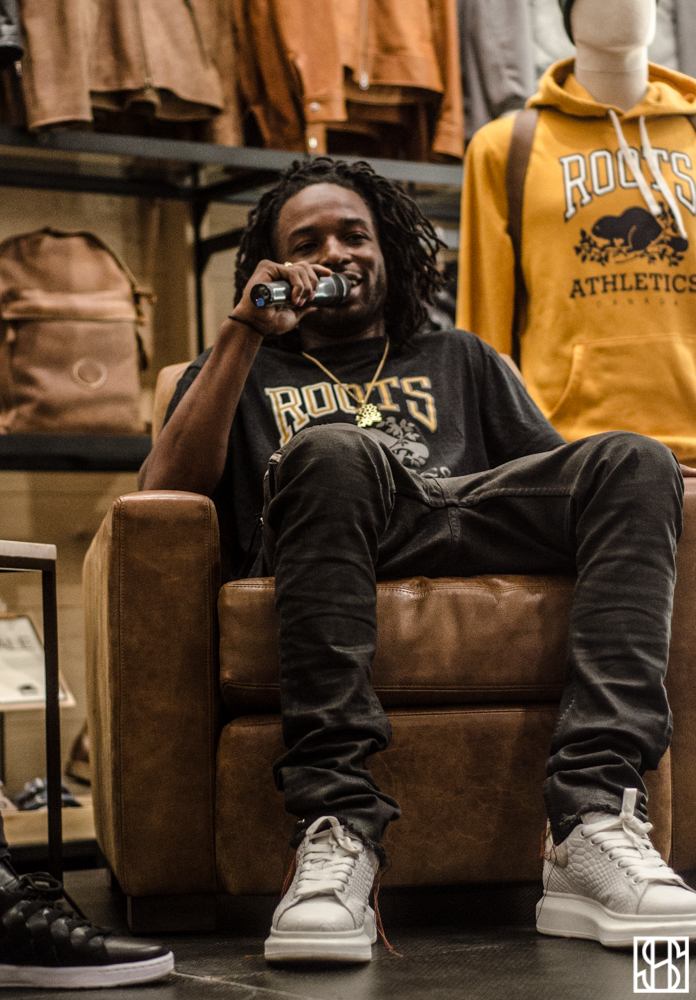 Jazz finished up interviews and then took to the stage for a quick performance for his fans. He performed “100 Roses,” a new cut called “Waste” and “Dead or Alive.” Check out our photos below. 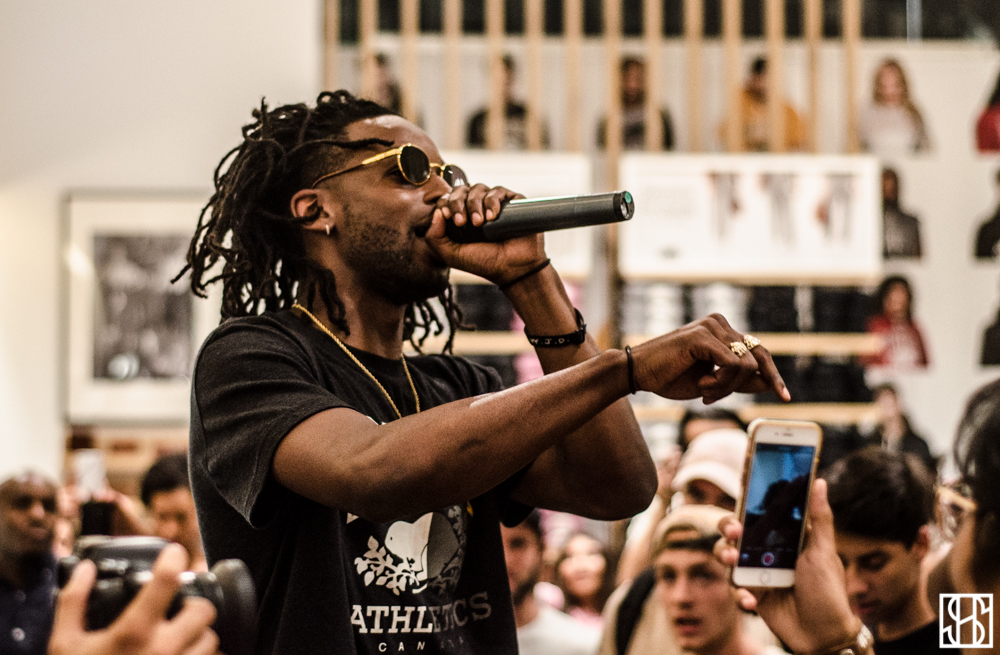 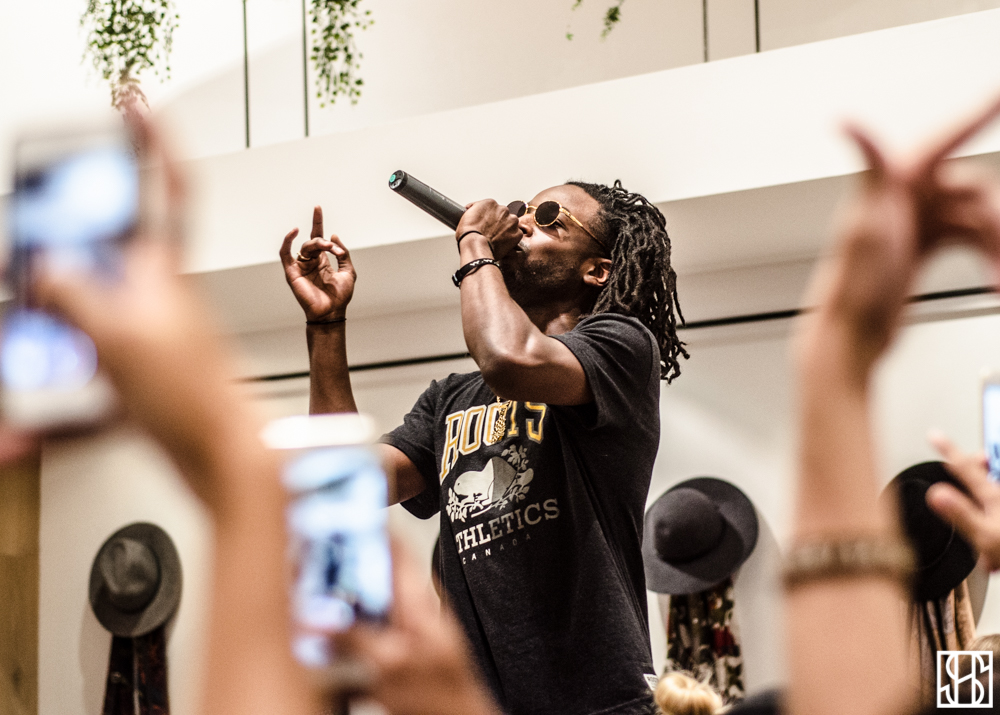 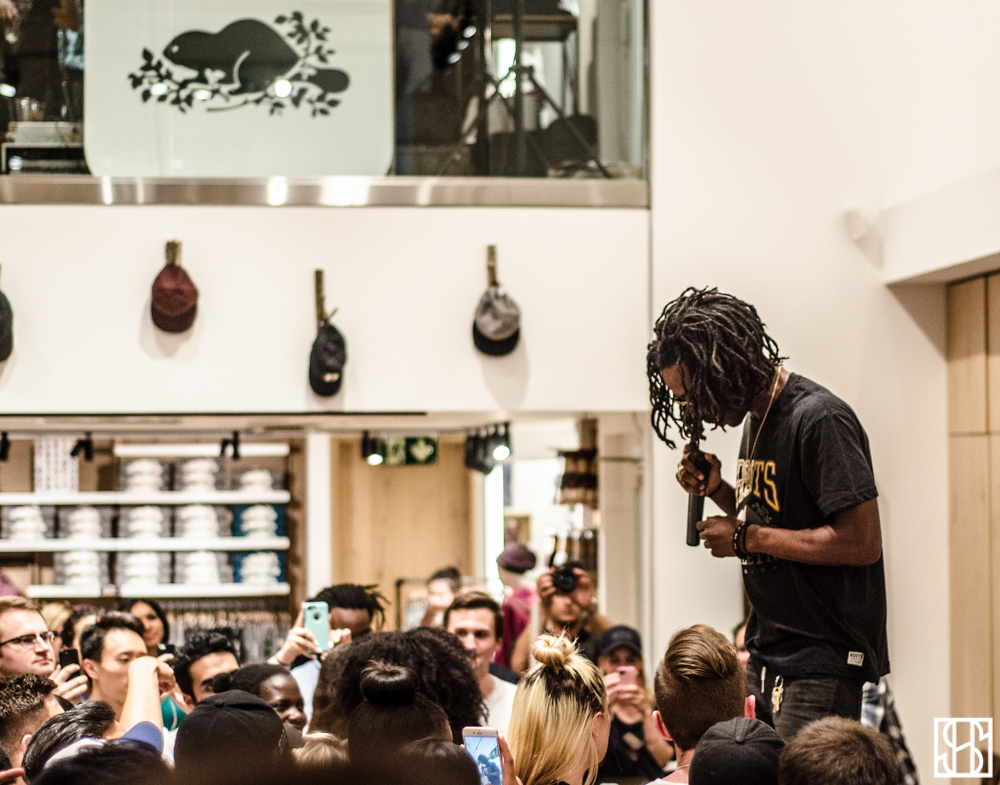 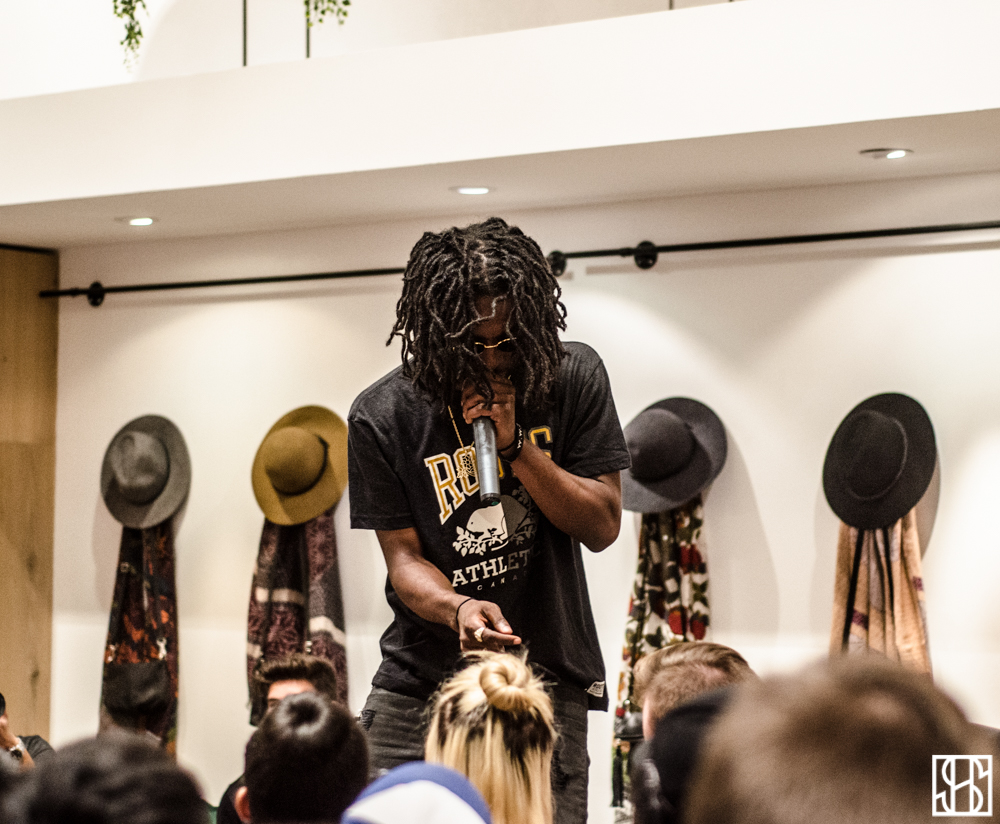