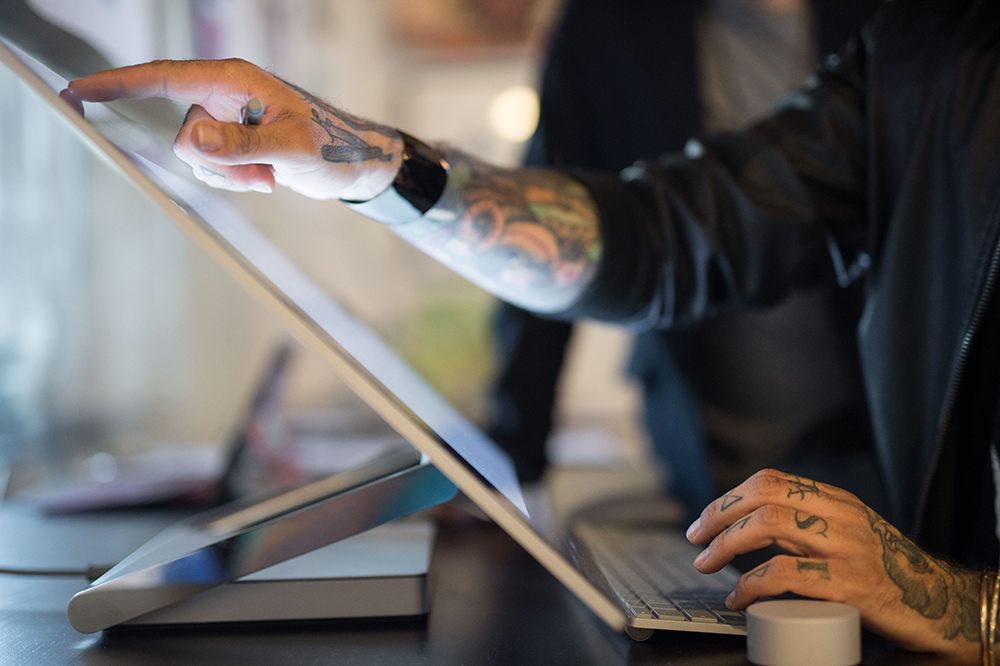 In celebration of the launch of the Surface Studio in Canada, Microsoft partnered with Canadian brand GelaSkins to create a new line of “skins” – created on the Surface, for the Surface line of devices. Microsoft tapped six Canadian designers, artists, and photographers to create some stunning one of a kind skins that truly showcase the incredible talent in Canada. The six designers, Candice Kaye, Sam Shuter, Lloyd “Tablloyd” Arbour, Soteeoh, Claire Desjardins and Darshie Designs were each provided with a Surface device to design their art and the outcome was top-notch. 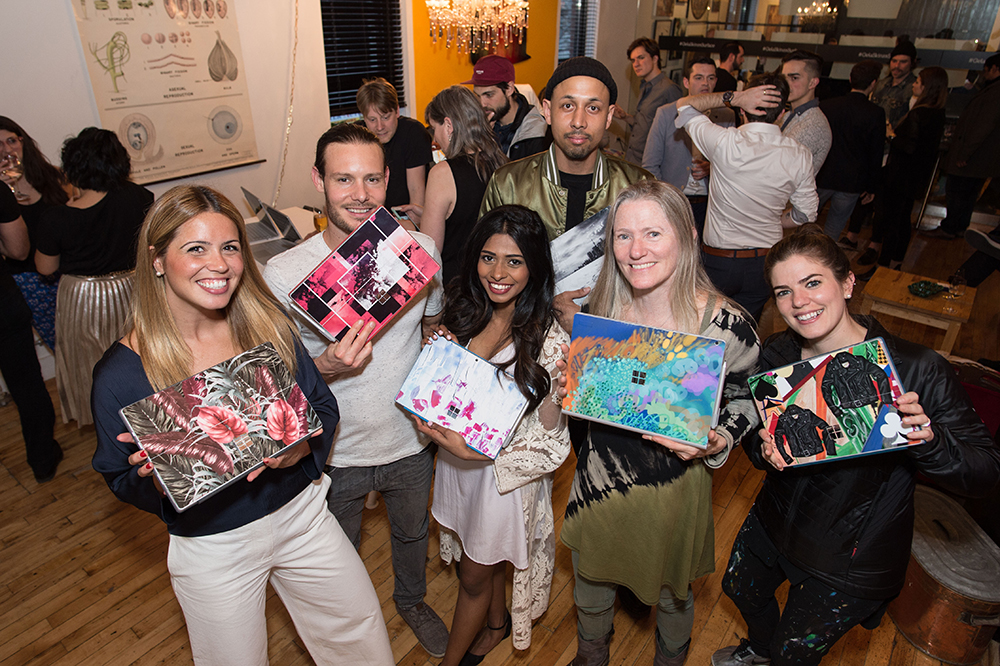 Last night a special event took place at the GelaSkins studio in Toronto to officially launch the Surface Studio in Canada and to visually showcase the Surface-created designs. The gallery-style event featured one large-scale print from each artist reproduced on canvas and sold via a silent auction with the proceeds of the sale going to SKETCHa Toronto non-profit focused on youth arts. 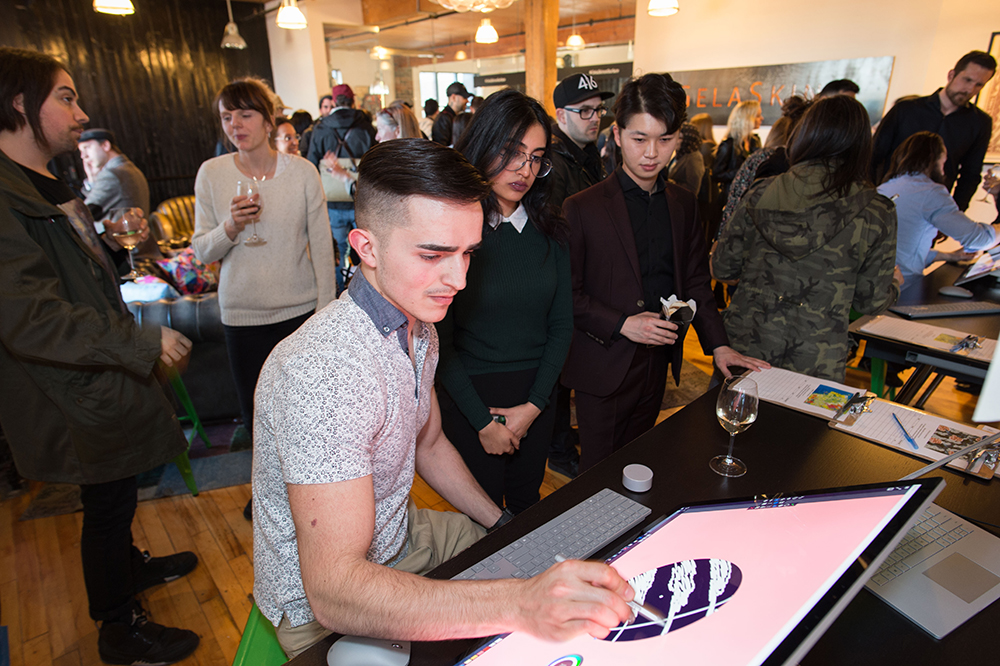 Also in attendance was the new Microsoft Surface Studio laid out across the party for people to play with and get familiar. Seeing this remarkable piece of tech in person was pretty wild especially considering the Surface Studio’s incredibly versatility. The super thin monitor sitting atop a Zero Gravity Hinge, basically allows the Surface Studio’s display to adjust with the lightest of touches accommodating each person’s unique creative process. The real hit with the crowd though was the Surface Dial, a circular device that when placed on the screen became an actual functional dial. Whether using the device for sketching, painting, or even DJing the Surface Studio and the Surface Dial become one of the most versatile “computers” we’ve ever seen in action. 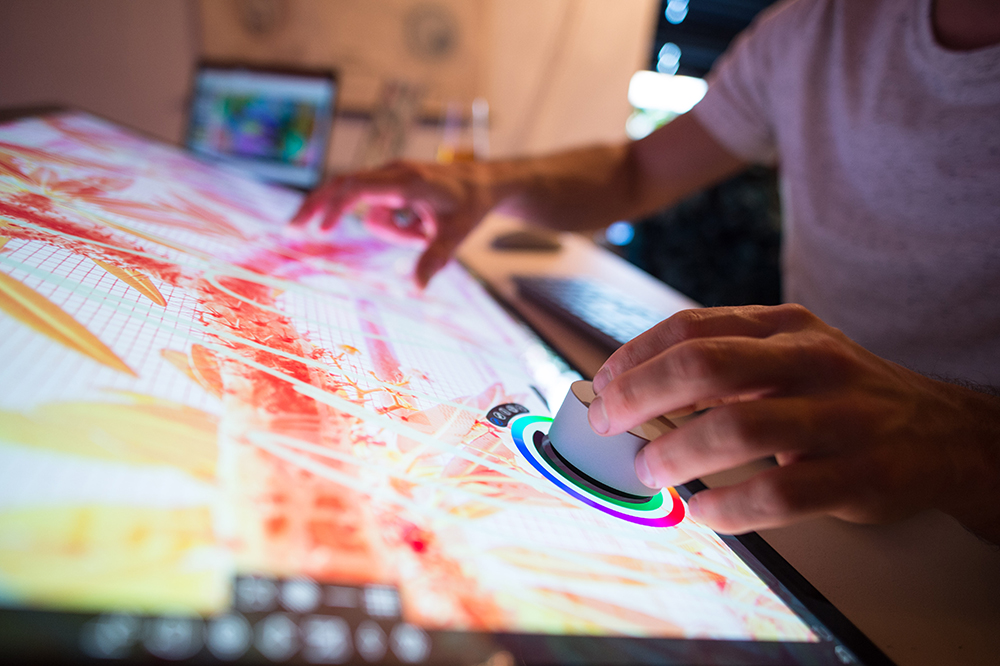 Watch the video below to get an idea of what we are talking about when it comes to the fantastic functions of the new Microsoft Surface Studio and checkout the action from the #GelaSkinsxSurface party. Head here to see the full collection plus, now until the end of April use the code MSFT30 to get 30% off a GelaSkin from the Surface Collection. 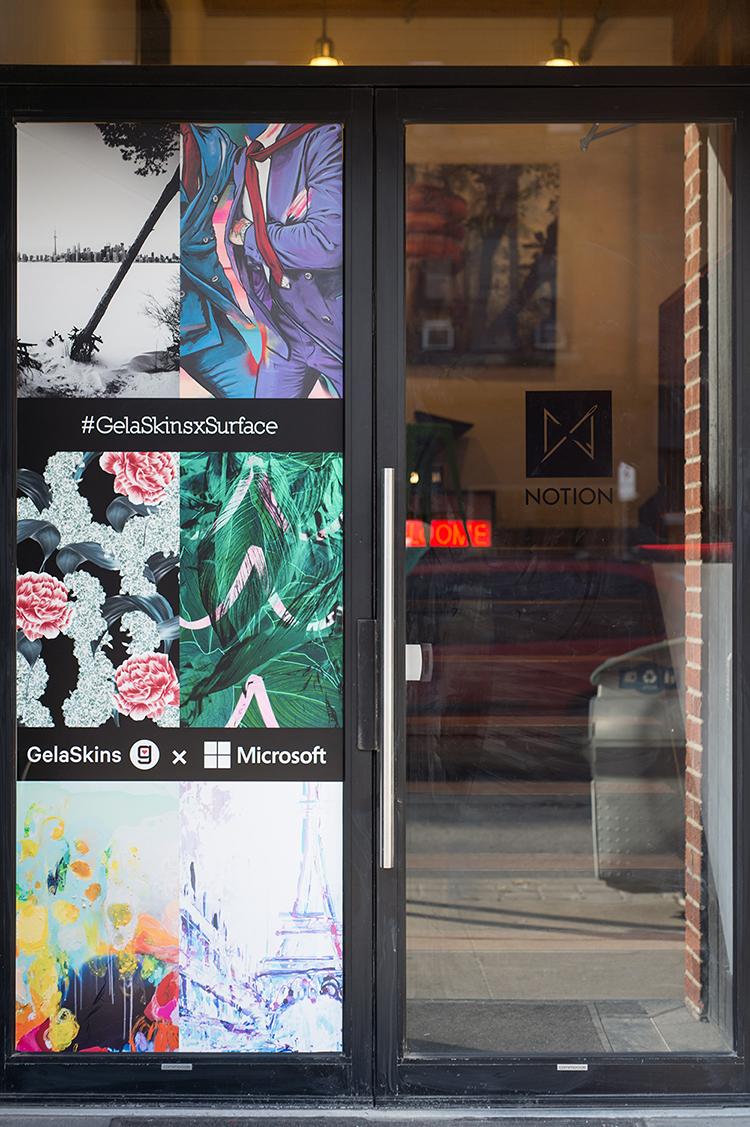 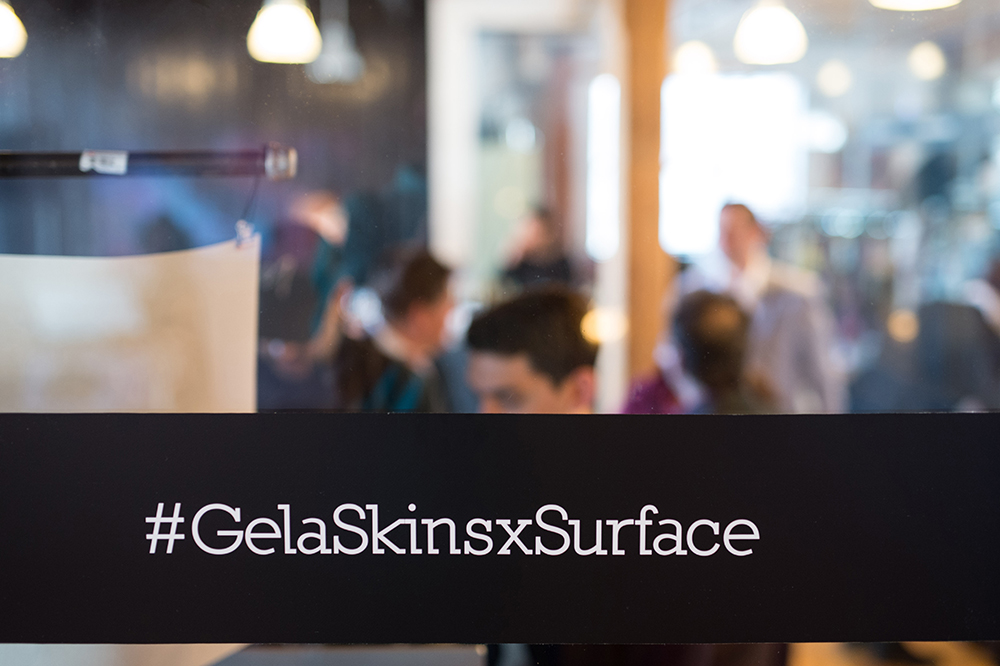 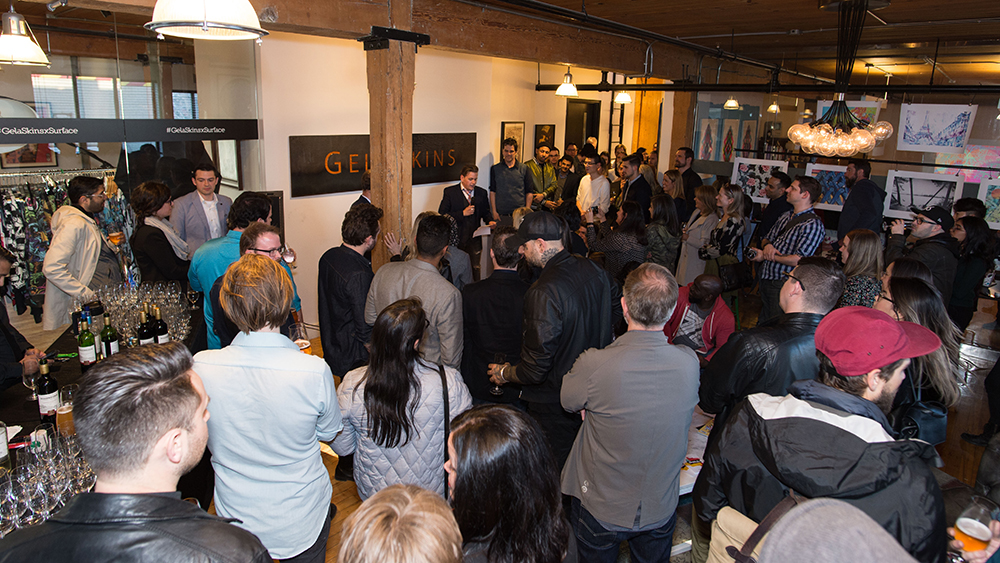 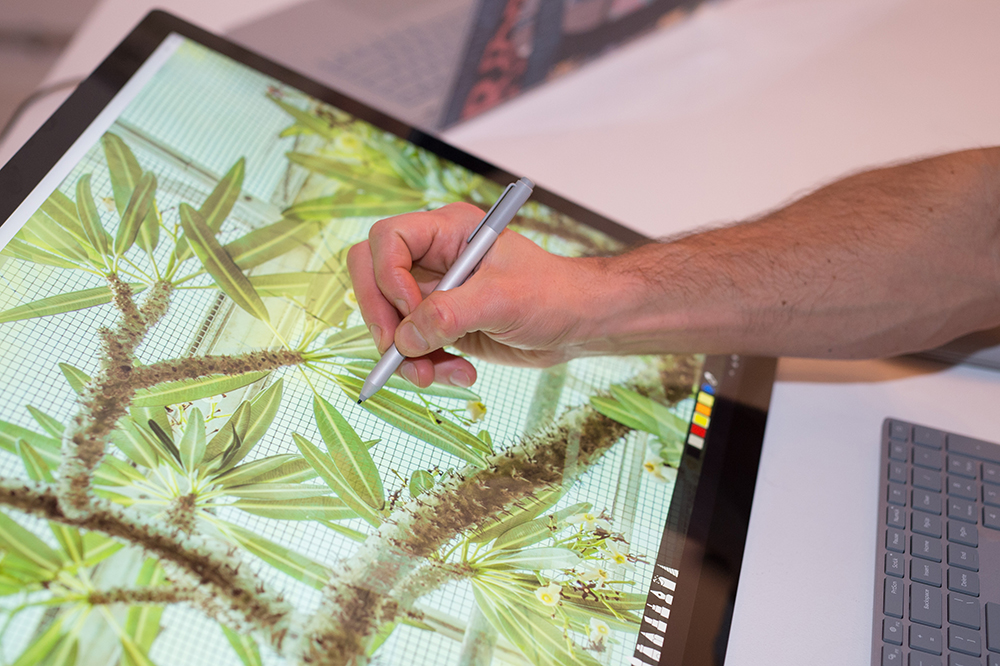