Essential Places To Travel This Fall

Personally, I buy airplane tickets like most people buy movie tickets – in the cab en route to the venue. But, for those of you who have mastered first-year-of-university level adulthood. Who can do their own laundry and even peripherally balance a chequebook. You probably plan trips a month or two in advance. Trust. I’m jealous.

But that also means that, for those of you on the east coast, it’s (quelle horreur) time to start thinking about escaping the impending seasons and getting away for a little sunshine.

None of that ‘package week to the DR’ bullshit though. Something a little more interesting, natch. Nothing wrong with sizzling on the beach, quasi-grown up spring breaker Harmony Korine fever dream jawnz. But, you probably want something a little more in-depth. Plus, Jimmy the Prophet wasn’t wrong. We go to Rome, and make sure that everyone on our IG knows we there. Nature of the beast.

Ours is a culture of show, rather than tell. #IGstoryoritdidnthappen. Cartier-Bresson’s ghost may be all the way shook, but fuxk him. He never sipped Moët Ice in Tulum. You’ve been behind the Gare du Nord. Nothing there but pickpockets and cats selling Oregano and seedlings by the ‘gram’. Cheapo airlines and Conrad Hilton’s hotelier-cum-conquistador stylings have opened the world up.

So grab that Aesop Ginger Flight Therapy and your T4 Super D. It’s a big, big world. But it gets smaller every day. A life better lived is just a Xanny and a coach ticket away. 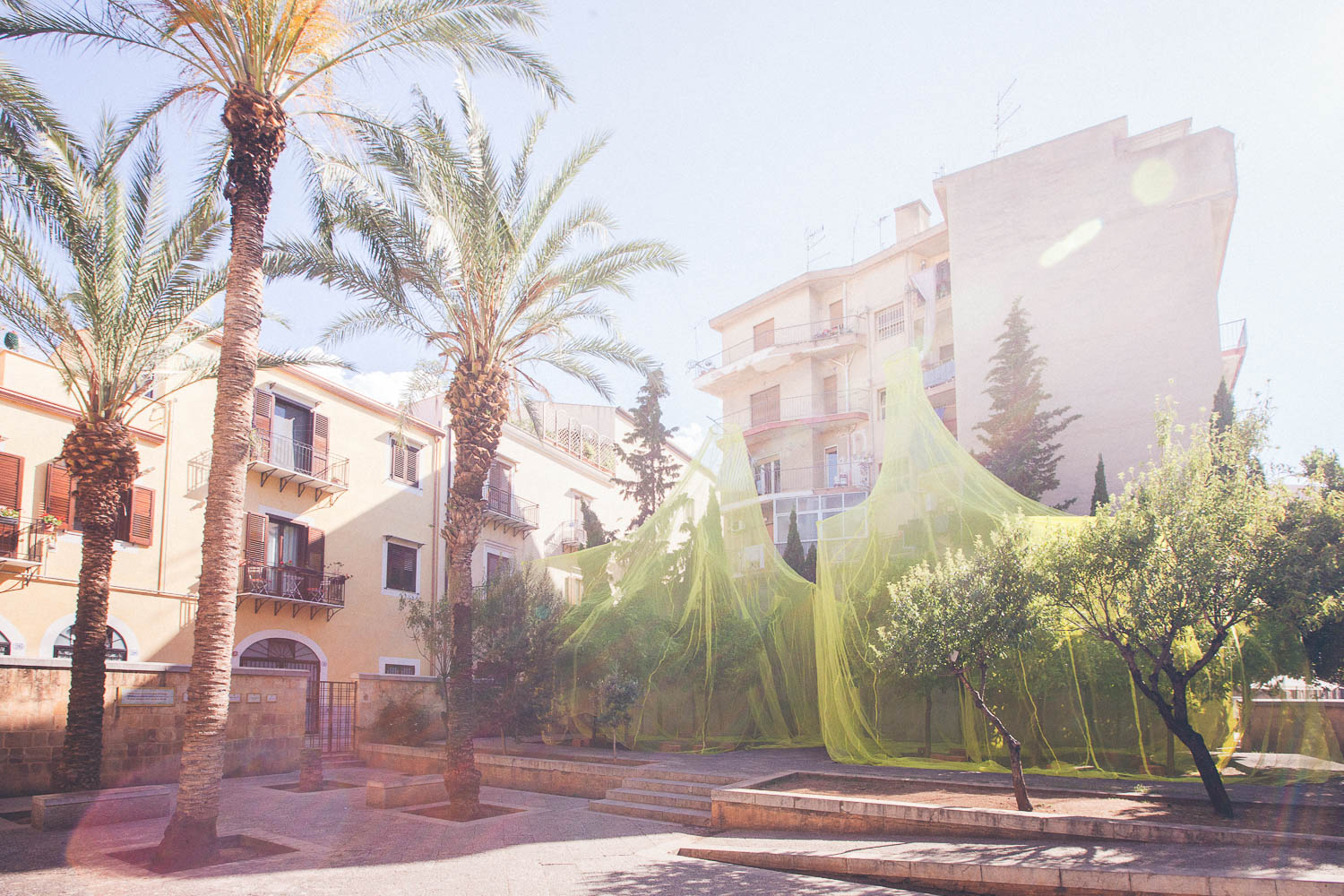 Sicily is spectacular. No one ever goes; largely because the old-world thinking that the Cosa Nostra runs shit is still in effect. The same way that people avoid Marseille because of some 1970s Popeye Doyle vs the Union Corse nonsense, which has gone the way of contemporary political sanity. Just. Fuxking. Dead. Sicily, in general, and Palermo, in specific, is magnificent. Italy on sale. Pepperoncino-tinged humidity. Baroque palazzo crumbling on every corner. Spectacular food at a quarter of Milano’s prices, and some of the friendliest people in the world. Med-facing city beaches exist, though they’re not great. But afternoon drinks in a swimsuit at Nautoscopio are a rock star experience at a roadie price. Just don’t go too small in the swimsuit area – I’ve had friends lectured for wearing thongs too small. Strange, when you think about it. Italians aren’t usually moralists. Also, there’s great beaches just a few miles outside of town. The gardens, both botanical and Foro Italico, are stunning. The opera is the cheapest in the western world. Drink the night away in the cobble-stoned streets at Bar Garibaldi. Be boujee at Palazzo Branciforte. Trust. You’ll love it. 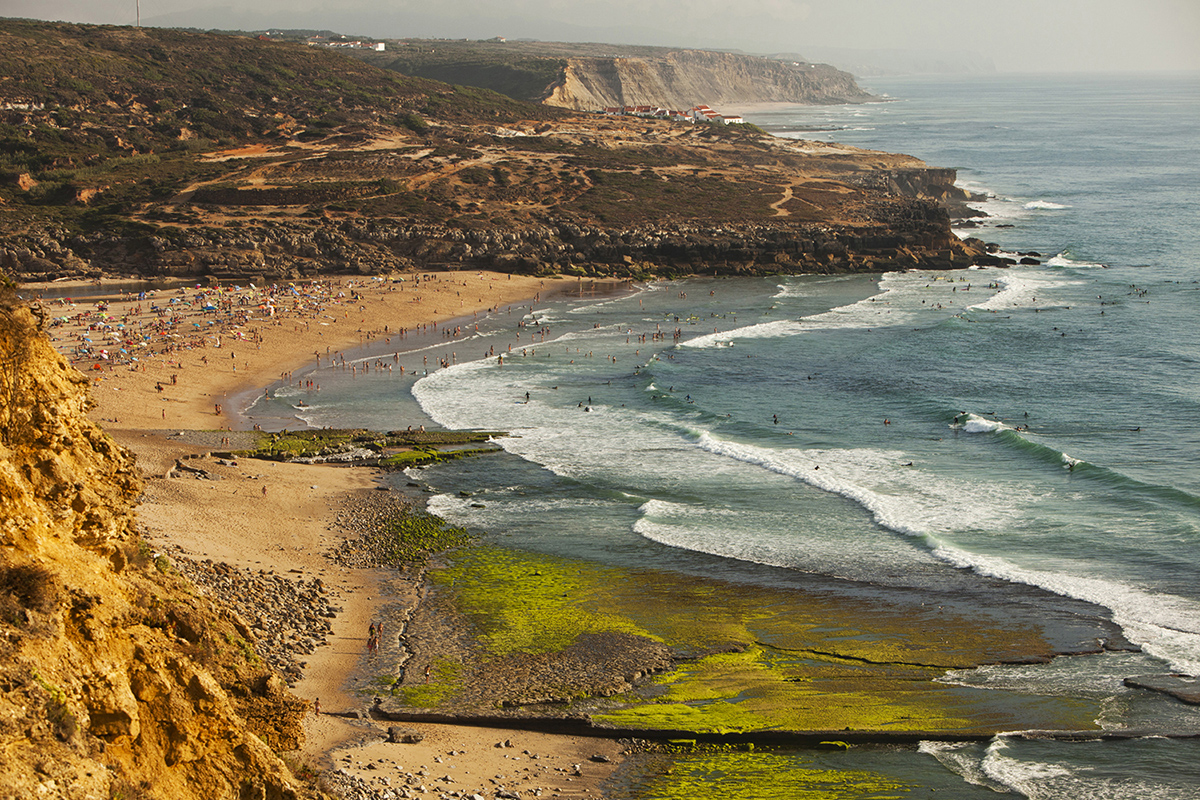 Lisbon is deadass the most underrated major capital in Europe (though Ljubljana is a close second for me). The city is gorgeous. The people are gorgeous. The food is ‘fuxk, my dress doesn’t fit’ dangerous. And prices, if you live in Toronto or New York, seem almost laughable. This isn’t a walking city. The ‘downtown’ is ensconced firmly between two legit hills. There’s a funicular. And taxis are borderline free. But if you’re going full Euro you really need to just rent a 70s Vespa for like 29euros/day and do it right. This also allows the freedom to hop on the freeway and head to Sintra (World heritage site of castles and social photo thirst trapping), Estoril (like a pocket-sized Cannesian Promenade des Anglais), and Guincho (‘secret’ beach with nothing more than a trailer selling Superbock). Shop on the Avenida de Liberdade. Laze on the terrace at Noobai with a glistening pitcher of Espumante (Portuguese bubbles) stuffed with fresh mint. Hit the gallery-laden, formerly industrial, LX Factory. Stroll from bar to bar in the Cais do Sodré drinking mojitos in the street. I’ve got mad friends who went and never came back. It’s not an accident. 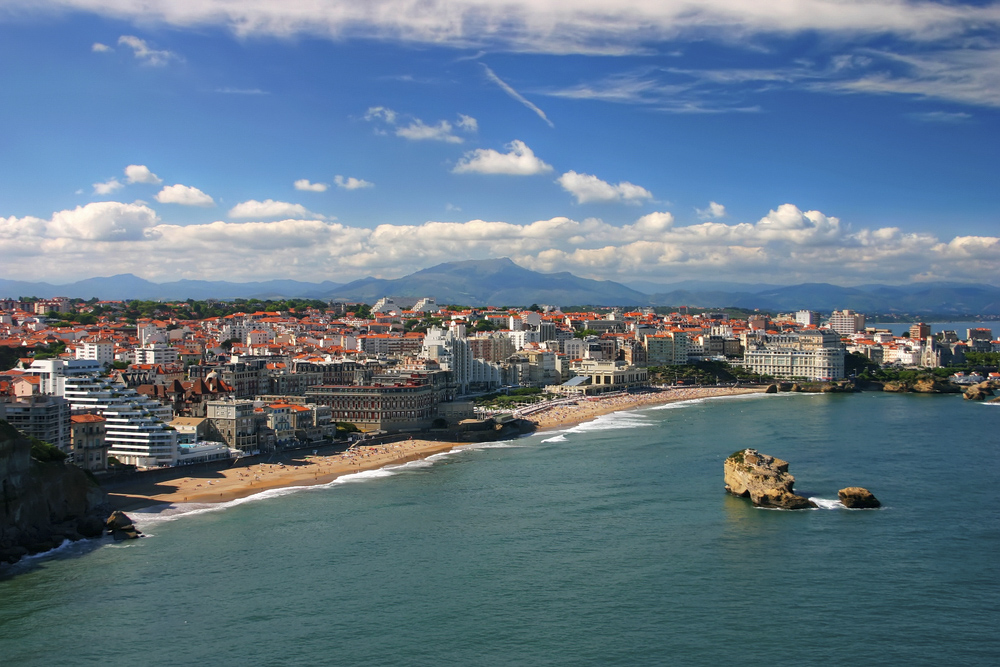 This is a pretty broad area. But it also provides the ability to find your own experience. Want a proper city break? Hit Marseille. Eat bouillabaisse on the terrace at Peron (yeah, it’s an overpriced tourist trap, but the views say who cares) with a glass of Ruinart and a bottle of Domaines Ott. Want to surf? Go to Biarritz and fall down in the water a lot. Oh, and run over to Saint-Jean-de-Luz, which makes Deauville look like Burlington, and Hyères, for some of the prettiest little 17th century buildings you’ll ever see. Have a Grace Kelly fetish? Take thee to the beach club at the Carlton in Cannes. Too cool for school? L’hermitage in St Tropez is what’s good. Just check your credit limit before you get all Et Dieu…créa la femme and rent that Riva. Me? You’ll find me drinking cheap rosé on a sailboat in the harbour at Juan les Pins, and eating oysters in the old village of Antibes. But you really can’t go wrong. 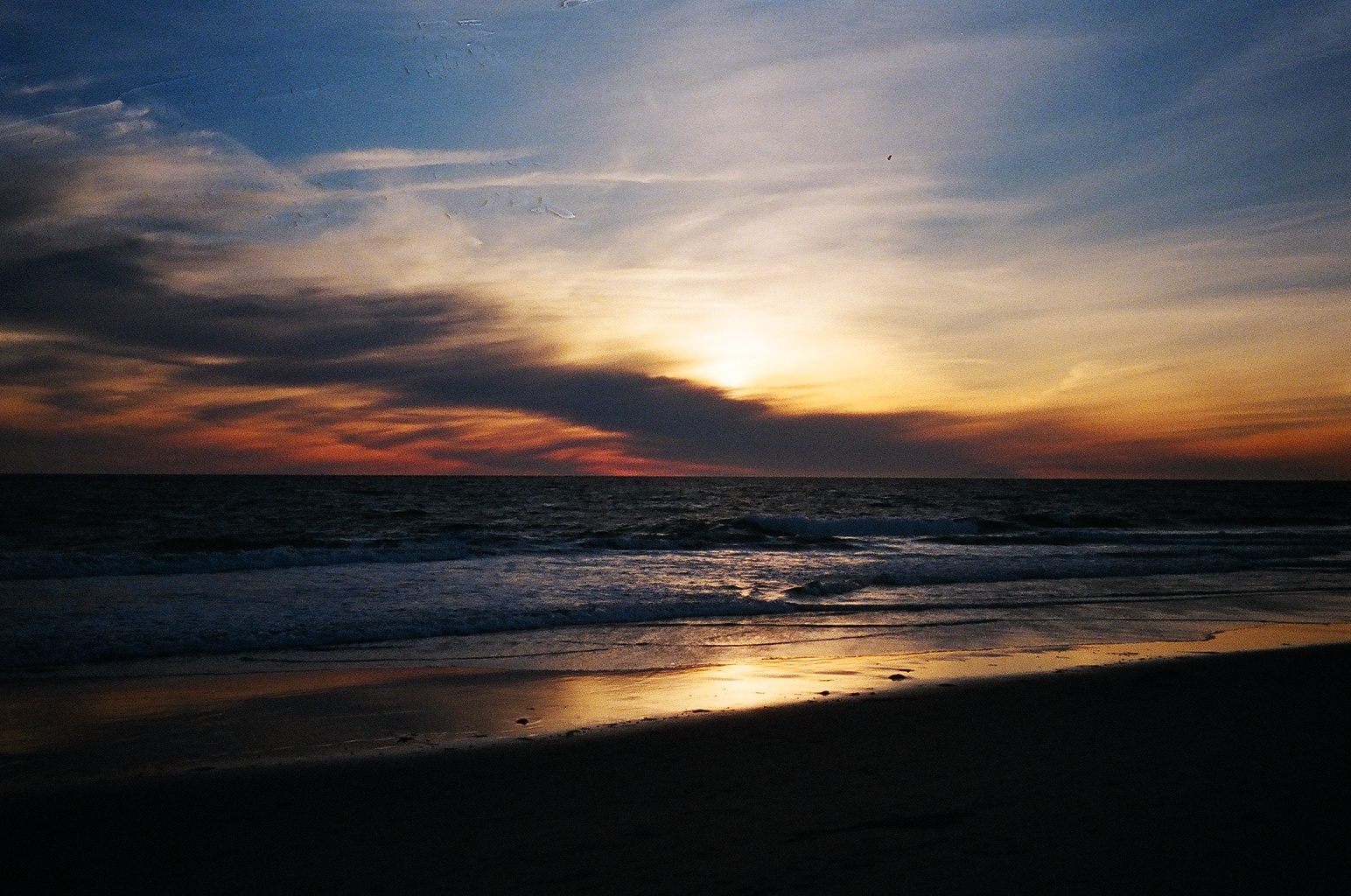 So LA is a no brainer. New York loves the fuck out of that 30 year old Woody Allen joke, that ‘the only cultural contribution Los Angeles ever made is the right turn on the red light’. But that ship has sailed. I’m not about to extol the virtues of Venice Beach or Silverlake. I’m sure you’ve got that on lock. But, honestly, there’s riches to be had looking just south, into Orange County. We remember the TV show. Well, I don’t, because I was never a teenage girl, but most people do. There’s still an element of that Gossip Girl, fanci white people vibe to the OC, but that’s mostly Newport. Just a few miles down the beach and it’s a different story. Check Laguna, where everything operates in half-time. Swells are insane. Tacos are plentiful. And there’s even one of the best Supreme resellers on earth (Consume or Die – in case you’re not the type for subtlety). Huntington is basically Mecca for longboarders and surfers, plus the burritos at Sancho’s are so good you’ll reorder before leaving. The Orange County Museum of Art (OCMA) is actually usually amazing, but they’re in a transition period while they wait for their new, Thom Mayne-designed home. Still, there’s plenty of culture in the offing. And, worst case, Tijuana is just an hour down the road… 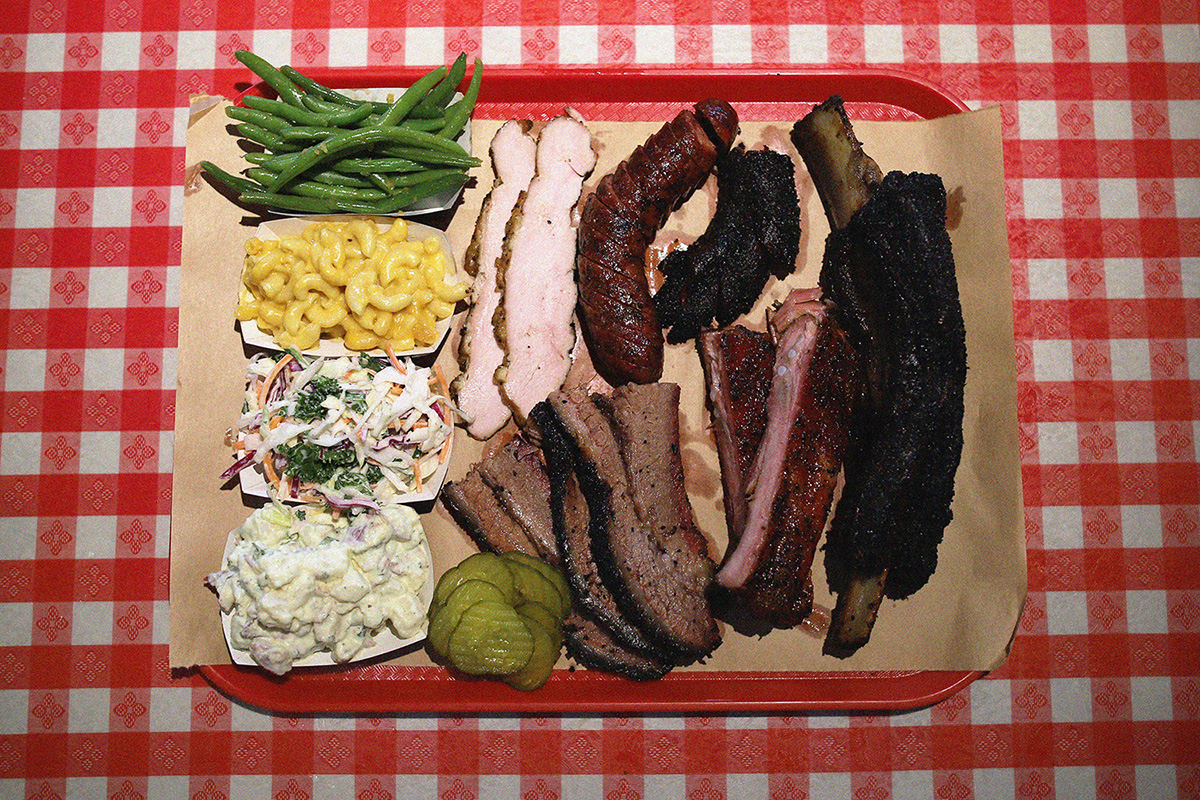 Yup. Texas. I know it’s mad easy these days to dismiss the red states. And the great state of Texas is pretty much as red as they get. In general. Dirty little secret time tho. It’s fuxking fantastic. Not like I’m recommending you move to West Canaan. But there’s plenty to draw one to the Lonestar State. Austin is an oasis. A calm in the republican storm. Populated almost entirely by college kids and techies, it basically feels like Vancouver with less rain and more Winchester. It’s ruthlessly blue though, and a lazy afternoon with a brown-bagged prosecco on the south banks of the Colorado is more Brooklyn cool kid than anywhere within walking distance of the Bedford L. The Driskill is still Willie Nelson x hipster af. Kristen Kish cooks at The Line. Justine’s is still fire. And one of the best speakeasies in the country is still there. An old rub’n’tug joint that kept the sign; look for ‘Midnight Cowboy Oriental Modelling Massage’. I swear. Then ring Harry Craddock. And if you don’t know who he is, amazon the Savoy book real quick. Dallas/Ft Worth has one of the world’s great contemporary art museums. And it’s Ando Tadao’s first real project in the US. Houston has the Rothko Chapel. And, if you can find Marfa, it’s the purest example of unfiltered art kid on earth. Like Spike Jonze, a Sevigny, and a Jenner playing pool in the basement of a mortuary on a Tuesday. The whole fuxking town is Page 6 Gummo, basically. 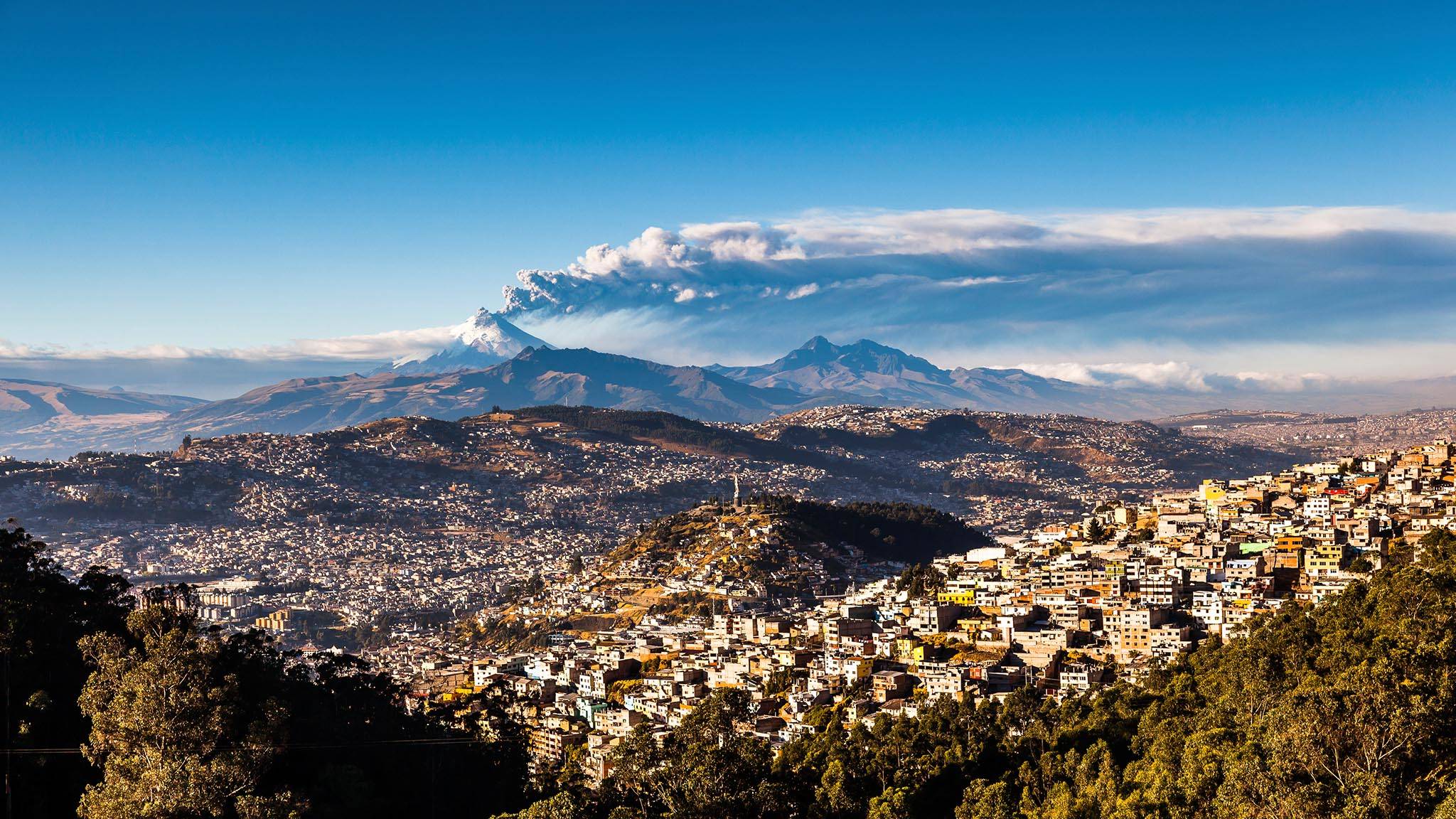 Central America is the go-to these days. If I manage a single day without seeing someone I know’s IG featuring a Costa Rican beach I’m surprised. Nicaragua was on that route, tho it’s a bit unpredictable these days. But Ecuador. The little country on the Northern tip of SA that nobody has ever been to? It’s a gem. South America Coles Notes. Diet south of the Equator. Brush up on your Spanish, cause tourists are reasonably sparse. But the people are friendly, the food is fantastic (especially what they call Ceviche, which is essentially a gazpacho stuffed with fresh seafood, that they pour popcorn into), and it’s incredibly safe by South American standards. Michelin star-level dinners can be had for In-n-Out prices. The Galapagos are a hop, skip, and a plane ride away, and Baños de Agua Santa is one of the world’s great ‘spa’ towns. And from near there you can catch one of the craziest trains in existence. Nariz del Diablo (the Devil’s Nose) follows a track hard-carved into mountainsides, oftentimes hanging hundreds of metres above sea level, feeling like you’ll pitch over at any second. 15 years ago they let me sit on the roof, free from seats (and seatbelts). That, apparently, isn’t a thing anymore. Probably because so many tourists fell to their death. Still pretty bloody cool though.