Joyia is on a mission. “It’s not just some crazy dream,” she proudly proclaims.

She has always wanted to sing. And she really is on a mission. For the past year, the Toronto-via-Brampton artist (born Kassandra Nunes) spent every Wednesday traveling west of the city to Mississauga to work on music with production/brother duo HMLT (pronounced Hamlet). The routine that started as friends reconnecting and jamming became a weekly session that yielded an EP – appropriately titled Wednesday. The positive reception for the project garnered them a performance on CBC Music First Play Live and put the battery in Joyia’s back as she planned to release solo material created during the Wednesday sessions.

Today on Sidewalk Hustle we are pleased to premiere the Toronto newcomer’s debut project – a three-song EP titled Legends. All three tracks are exclusively produced by Corey Wong of HMLT and feature soft, warm and layered R&B production that provide the base for incredibly sweet melodies from the young singer/songwriter.

We met Joyia at a coffee shop to talk about her musical beginnings, CBC Music performance, debut project, influences, church choir and more. Listen to the full EP and check out our interview with Joyia below. 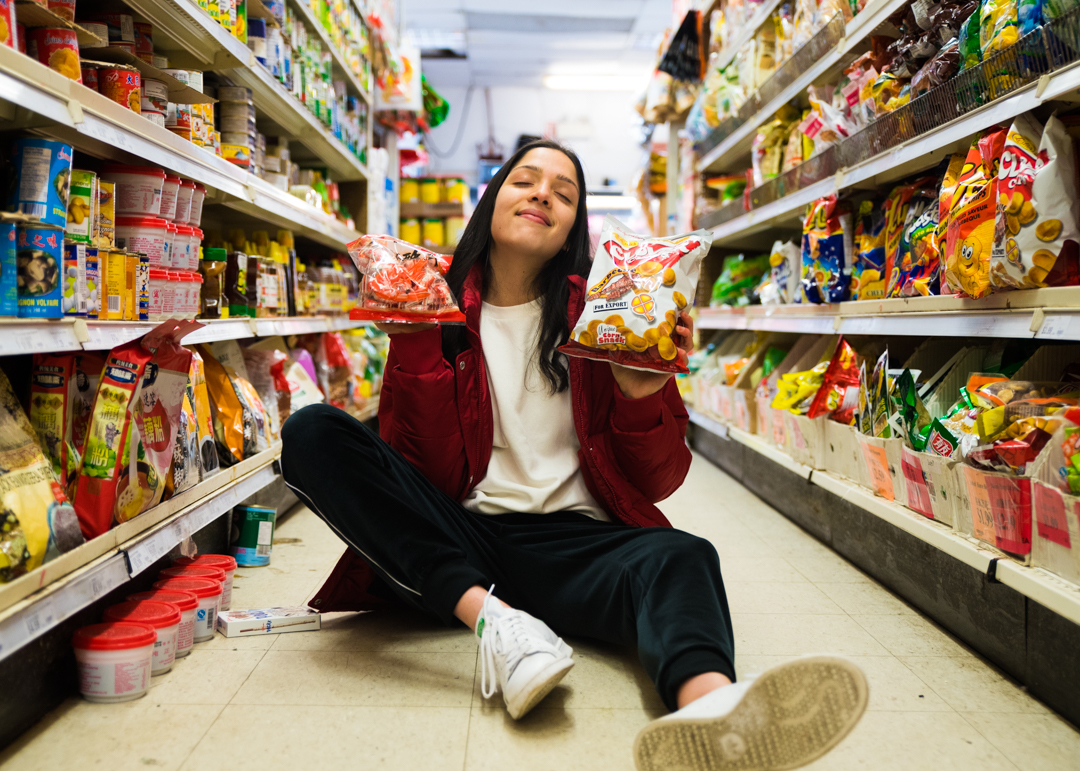 Sidewalk Hustle: When did music become a part of your life?

Joyia: There’s a baby video – When I was like 6 months old, I used to stand in front of my dads old electronic piano and slam down on the keys. My dad always played music around me when I was little. There’s another video from when I was 4 years old making up songs about Teletubbies. Music was introduced to me in a really organic way. I started church choir when I was 6 years old and that’s the first time I felt like I was singing for a reason. And then I started taking piano and vocal lessons when I was 10.

So your parents are not scared by the idea of you wanting to sing.

My dad has always been a musical person. His entire family, honestly. But he’s one of eight siblings and he had to get a good job. He could never really pursue it. When I popped out and wanted to sing he was like, “Hell yeah.” But they’ve always made sure that it isn’t just some crazy dream – I’ve always known that this journey would take a lot of work. My dad will still shred some jazz guitar – he’s really modest. He grew up playing instruments but never considered himself a musician. But my mom is tone deaf so it could have gone one of two ways for me.

What kind of music were they playing for you when you were growing up?

My dad was always playing soul music and R&B – Earth, Wind and Fire, Stevie Wonder, Aretha Franklin, Nat King Cole. So I think he can appreciate the kind of music that I’m making now. My mom can appreciate my singing though – she always tells me that my singing is “very pretty.”

Do you remember when you wrote your first song?

I think I was 13 – I was taking lessons and one of my teachers suggested writing a song. Some people are weirdly gifted with songwriting like that girl that was on X-Factor. But I practiced more and more and eventually began to see visions of myself becoming like a Taylor Swift – at the time, not now. She’s drastically different. But more like Ed Sheeran. Or Alicia Keys. I wanted to perform with a guitar or a piano. And then I went to my first EDM show when I was a teenager and became more interested in making electronic music. It didn’t take long for that ship to sail but I learned a lot about DJing and production. I switched my name like four times and went through a time of really not knowing what the next step would be.

How did you meet Corey and Taylor of HMLT?

We’ve known each other for years now. I already knew Corey was making music in the R&B and jazz realm but I was on Facebook one day and saw his name pop up. We showed each other our music and started making stuff. The Wednesday sessions originally started as Thursdays but then I got a new school schedule and had to move it to Wednesdays.

How do you stay motivated to dedicate every single Wednesday for an entire year?

There are very good days and very bad days. I questioned myself a lot through this – there are so many people trying to do the same thing. I think the habit is what kept us all going – setting aside every Wednesday even if it means some of them you only get two hours of work done. It keeps the wheels rolling.

When did you know those sessions were turning into a project that you were going to release?

Eventually we just started looking through everything and realized that we were sitting on a ton of music. We just didn’t want to be put in a situation where we didn’t have a solid body of content to continue with after our initial release. It just took time. We wanted to release something that was representative of all the different sounds we were creating.

How did it feel to get the look from CBC Music? That performance was really dope – not just the quality of the music but also the fact that they featured everyone involved in the project.

Yeah, what made that performance special was because they invited us based on the Wednesday EP. They highlighted it because they wanted to showcase that collaborative environment. They even said that we were the first group to all face each other in a circle during performance – the video team had to get creative with their shots and the result was amazing. We just wanted to showcase every member of the group – Corey, Taylor, Kei-Li – because sometimes our setup can change from performance to performance.

Let’s switch gears a bit. Where did the name Joyia come from?

It’s actually a nickname I’ve had since birth. It’s a term of endearment used by Portuguese people – like sweetheart or something. I think the actual translation is “jewel.” My grandma started calling me it when I was born and then my mom and dad started adopting it too. Sometimes my dad shortens it to just “Joy.” It never occurred to me to use it as an artist name until I got older. I was hating every name that came to mind. I was trying to name myself something that had nothing to do with me. Eventually it made sense to name myself something I had been called my whole life.

Do your parents appreciate the live instrumentation? They must like seeing you play with a band.

Oh, definitely. They didn’t often see me DJ – maybe a couple of daytime events or stores. It was cool – I actually still DJ a bit. But yeah, it meant a lot more to them when I started working with live instrumentation. It’s also reminiscent of the stuff I worked on was a kid at music lessons or with choir. Being in an instrumental setting makes the experience more awesome – everyone involved is coming together to make one beautiful thing. And every person has to be on top of their shit. And I’m obviously lucky to play with an amazing band. Our outros turn into two-minute jam sessions.

Your music is clearly autobiographical and some of it deals with heartbreak and love. Is that a balance – to get deeply personal and still stay strong through a creative process?

I’ve definitely had times where I’m writing a song and it takes over my emotions. Reflecting back on an experience when it’s in music can be powerful. But I realize that I can make something out of a bad situation rather than dwelling on it. And it could potentially help someone else relate. That kind of turns the entire experience around for me. It helps me to create art and it turns something negative into something very positive.