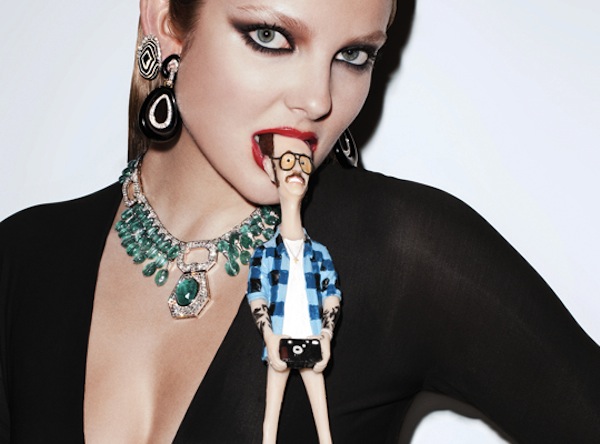 Jeweler David Webb snagged Terry Richardson (and a bunch of dolls in his likeness) to shoot his Fall 2011 campaign styled expertly by former Vogue France editor in chief Carine Roitfeld.

It’s modeled by Eniko Mihalik alongside sparkling jewels and a few smutty Terry Richardson dolls, each with a different plaid shirt. We should mention that the prop styling was done by Phillipp Haemmerle, who can be seen in the behind the scenes video below painting the dolls. 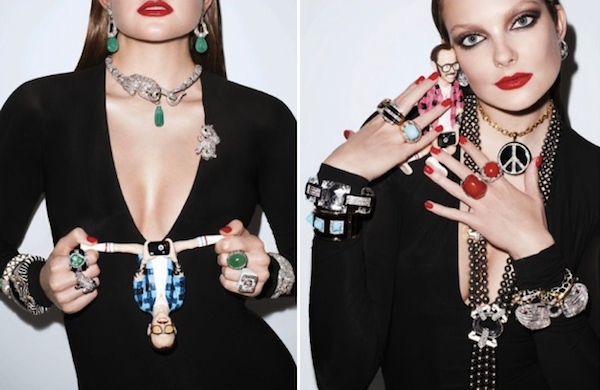