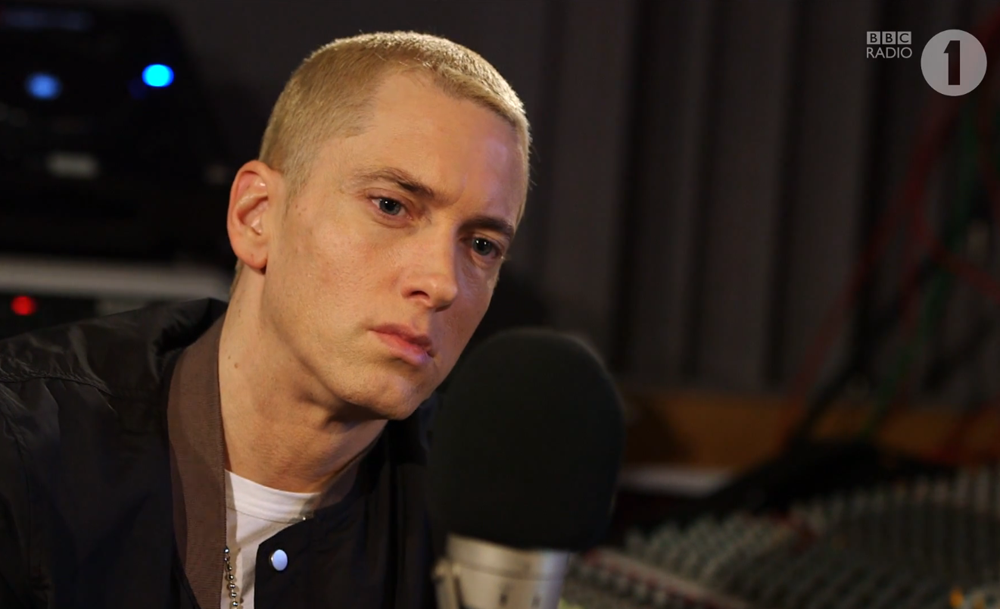 As has become the new cool thing to do for “controversial”hip hop artists, Eminem recently sat down for an hour long interview with BBC Radio 1′s Zane Lowe. The four-part series, features Eminem discussing his progression as a producer, rapper, working with Rick Rubin, his latest album The Marshall Mather LP 2,being sober and much more. He even begins the interview with a joking about peeing on the studio floor in an effort to upstage Kanye West’s interview.

Watch part one and two below.