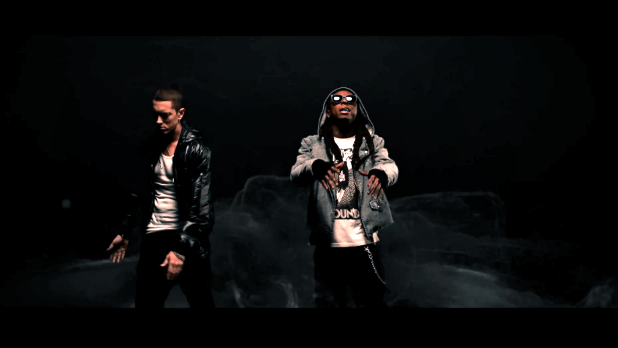 Here is the third single off of Eminem’s double-platinum album Recovery, “No Love” featuring Lil Wayne. Since Wayne is the hardest working man in the game, he filmed his part of the video pre-jail and appears in front of a swirl of smoke as Em paces behind him. The song was produced by Just Blaze who makes an appearance in the video, and yes that is Haddaway’s “What Is Love” that was sampled for the song. Enjoy!