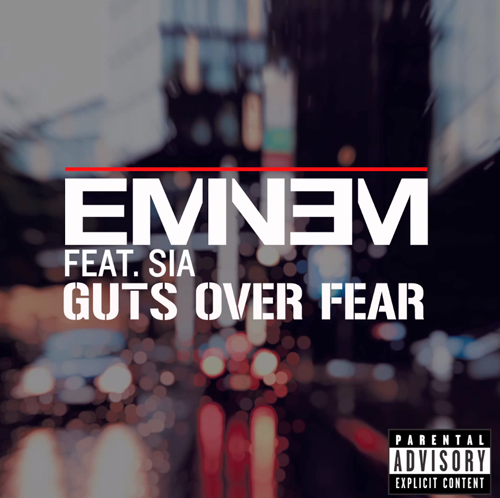 Eminem has made the hip hop world a happy place with the announcement that he will be releasing a new album in November, ShadyXV. After making the announcement Eminem released new single “Guts Over Fear” featuring Sia. You know the one, the song that can be heard in the lengthy trailer for Denzel Washington’s new movie The Equalizer.

Shady Records will release ShadyXV on November 24 and will come in the form of a two-CD compilation, one will be of the label’s greatest hits and the other album will be new material from Em, Slaughterhouse, Bad Meets Evil, D-12, and Yelawolf. Can’t wait? Deal with it. In the meantime listen to “Guts Over Fear” below.