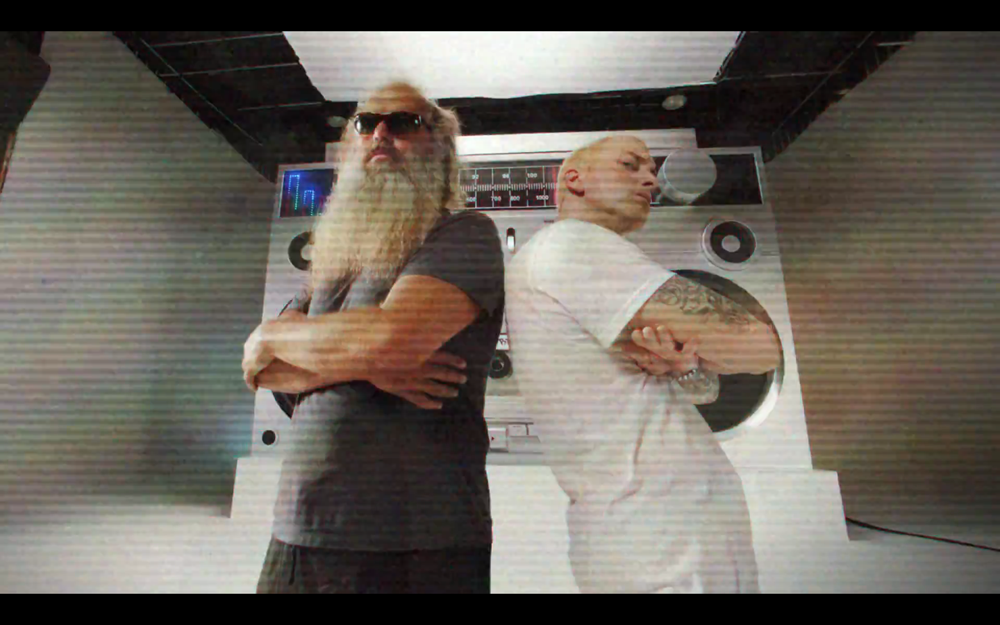 Eminem has dropped the official video for  “Berzerk,” the first single off his upcoming album The Marshall Mathers LP 2. The video has an old school vibe to match the old school sound of the track. Rocking his classic blond haircut with the plain white tee, Slim Shady raps in front of a giant boombox, while hanging with super-producer Rick Rubin. The video also features cameos from Kendrick Lamar, Slaughterhouse, and Kid Rock.

The Marshall Mathers LP 2 is set for release on November 5th and is being produced by Dr. Dre and Rubin.