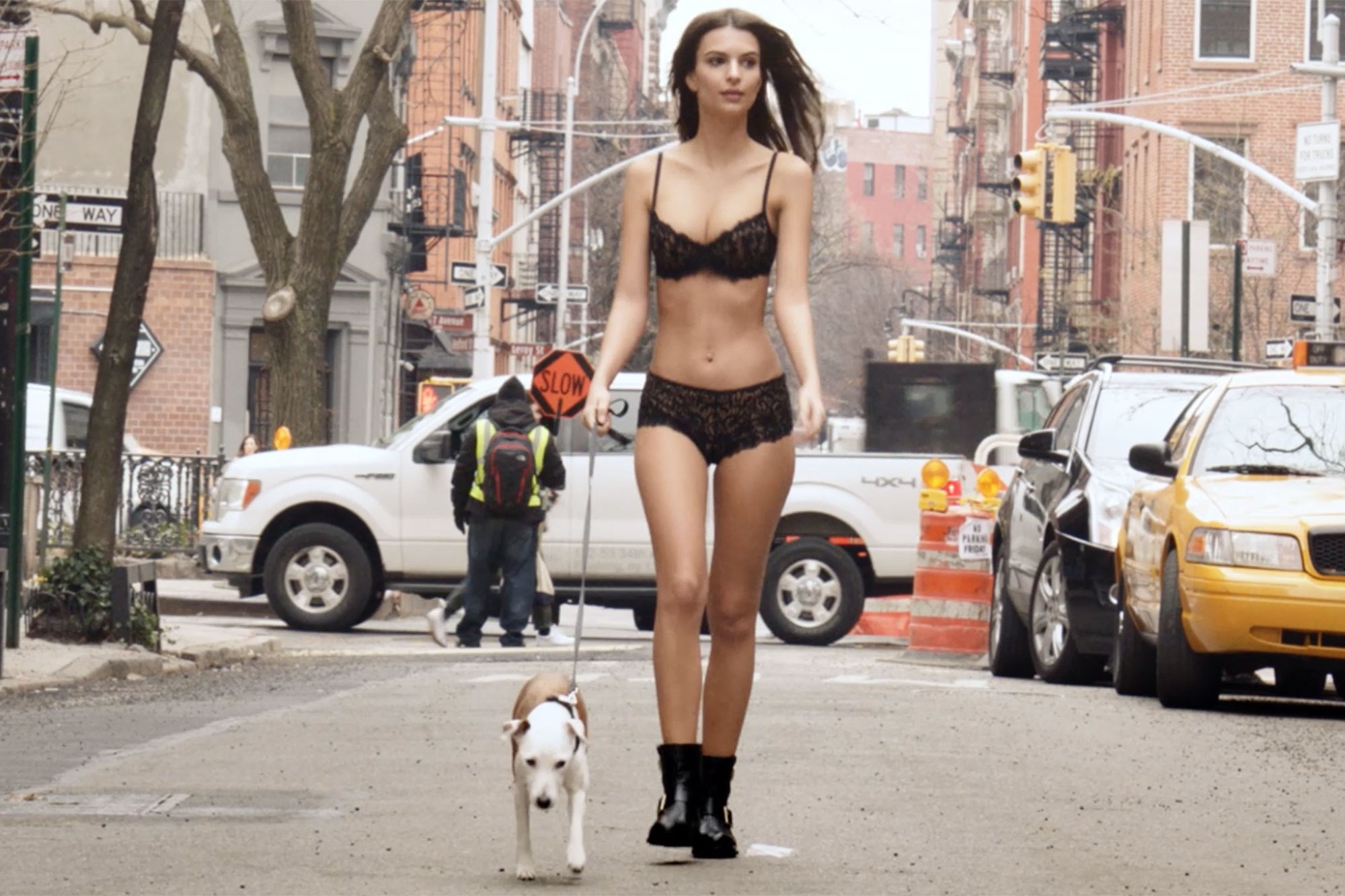 The 25-year-old brunette beauty flaunts her killer bod in a slew of stunning black and white lingerie sets. The campaign’s cheeky film shows Ratajkowski wearing nothing but a bra and underwear while taking her pooch for a stroll in NYC.

Take a look at the #GoodMorningDKNY film below, directed by Sebastian Faena.