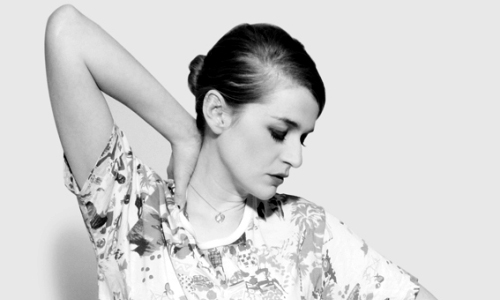 Swedish French popper El Perro Del Mar has been around since 2004, but only came onto my radar a year ago when she released her stellar album Love is Not Pop and went on tour with best friends and Swedish force Peter, Bjorn, & John.

She has also toured with Lykke Li so it isn’t a shocker that they both have emotive vocals in common while still being two completely different musical styles. There is a delicious sense of optimism in Sarah Assbring’s (that’s her real name) music that is contrasted with minor-key 80’s echos, crisp snare drums, and groovy bass undertones that are reminiscent of Spandau Ballet’s hit “True” (remember that song?).

El Perro Del Mar literally translates from Spanish into the dog from the sea, incase you were wondering.

Check out the weird video for ‘Change of Heart’ from Love is Not Pop that features a strong man act The Golden Power from Hungary moving in slow motion.