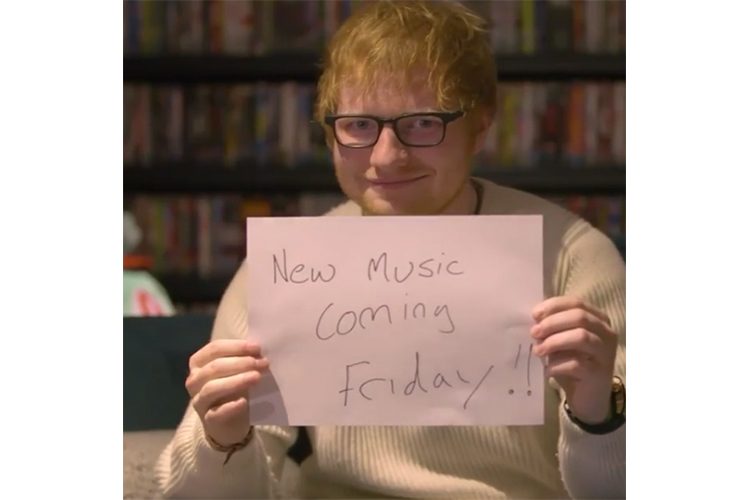 While 2017 was still fresh, Ed Sheeran took to his socials to announce he had something in the works. The British singer-songwriter has been on a break from social media since December 2015 while he worked on his third studio album.

Cause I’ve been away for a bit here’s two singles rather than one – Castle On The Hill & Shape Of You https://t.co/QuZMnEhS8P pic.twitter.com/VCznN8nLd4

He’s been posting teasers on his accounts that let us know he’s gonna keep going with the math thing. His new album is titled÷ (divide). Snapchat rolled out a filter with a snippet of one of the new tracks, “Shape of You.” It has a tropical house vibe, which is kind of new for Sheeran but not for us since we lived through 2016’s music. “Castle On The Hill” is more of the Sheeran we’re used to and, frankly, love.

Since his self-imposed internet hiatus, we’ve seen rare glimpses of the singer in the background of Taylor Swift’s photos. He will be co-hosting the BBC Radio 1 Breakfast Show this Friday, hopefully giving us some tidbits about the album process and release date.