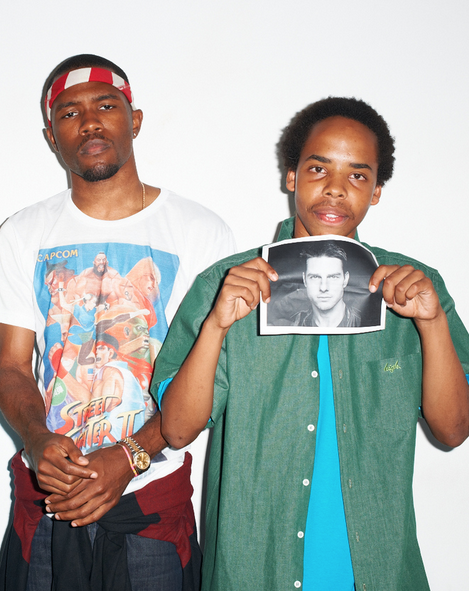 Frank Ocean continues to be one of the most interesting artists in the game. His most recent feature, on Earl Sweatshirt’s single “Sunday” from his latest LP, Doris, surprises us with Ocean rapping (yeah, you read that right) about his run in with Chris Brown and the negative effects of fame.

Pitchfork connected the dots between “Sunday” and Frank’s “Super Rich Kids,” from his channel ORANGE album where Earl guested, calling the tracks “two sides of the same weekend: a Saturday night spent lackadaisically popping bottles and pills only to wake up 10 hours later, head full of mush, swearing off all substances forever.”

“Ocean’s a lowercase letter in a caps lock world, and the brilliance here is how he turns the guest verse into an act of civil disobedience,” writes the site. “It might sound quiet, but it’s brash as fuck.”