Red Bull Music Festival Toronto 2018 is currently in full swing (make sure you check out our photos of the Alice Glass show at The Fermenting Cellar) and last night featured an innovative collaborative performance from OVO Sound duo dvsn and members of the Toronto Symphony Orchestra.

Known for curated venue selection, Red Bull housed the unique affair at the city’s legendary Roy Thomson Hall which inspired many attendees to dress in formal wear as though they were attending a TSO performance (although many opted for Jordans and tracksuits). A certain feeling of family was in the air and the hall quickly filled before a short introduction from dvsn’s staple tour host, Tyrone Edwards of eTalk and 1LOVETO. Noting that he often would not be wearing a suit to a concert, Edwards joked about the rarity of what the audience was about to witness but also highlighted the importance of the meeting of worlds that was an R&B duo collaborating with an orchestral arrangement. 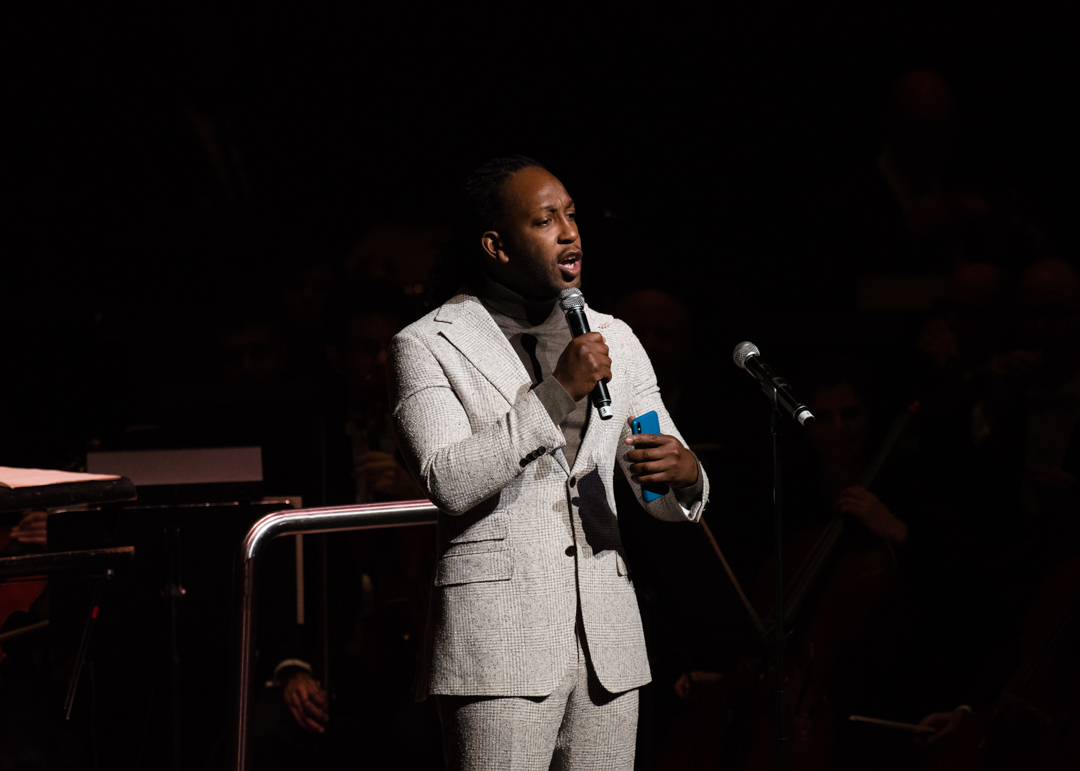 The show began with an introduction from the orchestra before singer Daniel Daley took the stage to tons of whistling and cheering from the crowd. Dressed in sparkling loafers and a velvet bordeaux jacket, Daley powered through an emotional set of tracks from dvsn’s two albums Sept. 5th and Morning After. Assisted by thunderous audience participation, dynamic light production and the pleasing acoustics of an orchestra in Roy Thomson Hall, Daley barely took a break between tracks (except for a short intermission) and created a seamless, fluid experience akin to an opera. Particular highlights included choir-assisted performances of “Mood,” “Morning After” and an emotional cover of Frank Ocean’s “Thinkin Bout You.”

The evening concluded with the entire seated crowd standing on their feet as the orchestra’s conductor and Daley invited dvsn producer Nineteen85 to the stage to share in the glory as he had been directing and arranging from the back of the venue. The duo thanked Toronto for all the love and sent them into the lobby out of the venue with appreciation and wishes of love.

Red Bull Music Festival Toronto continues until October 25 so make sure you catch some of the remaining events. Check the official website for more details.