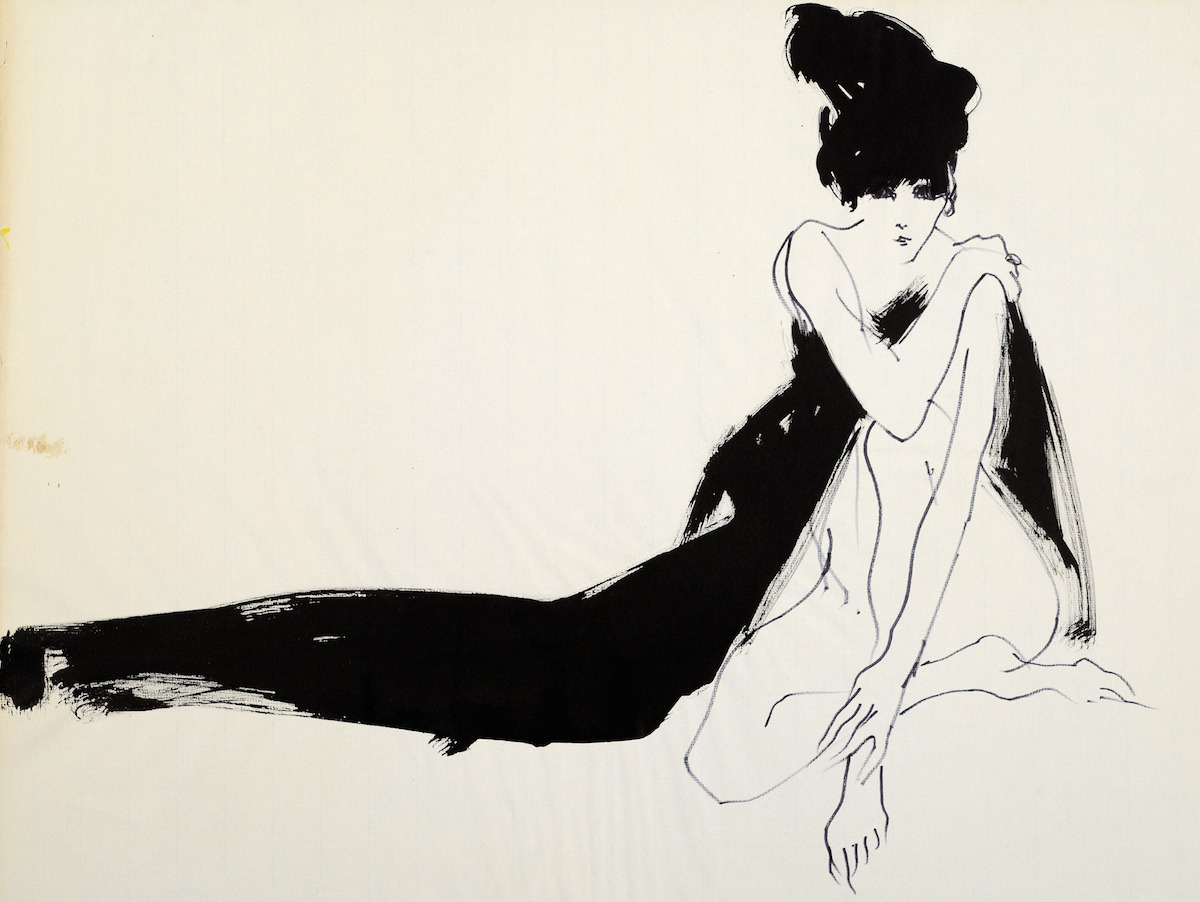 Drawing on Style features work from three of the fashion world’s most prolific and respected illustrators, each with their own distinct styles. Legendary illustrator Kenneth Paul Block’s images are famous for their heavy focus on the model rather than the clothes. Bil Donovan, Dior’s artist-in-residence, works mostly in ink creating feminine yet minimalist imagery. British artist Jason Brooks’ images are marked by his use of innovative methods that merge art and technology. A similar exhibit has been shown during London Fashion Week for the past five years, but this is the first time curator Connie Gray has taken the show outside of London. Although fashion illustrations are rarely celebrated for their artistry, Gray was happy to shine the spotlight on both British and American talents.

Speaking to The Cut, she said:

“[Block’s] influence was so enormous on American fashion. It seemed like the perfect platform to put on this show and also have a contemporary, a British illustrator who’s incredibly current in the international world.”

Drawing on Style is on now until September 10 at the Cheryl Hazan Gallery in New York.