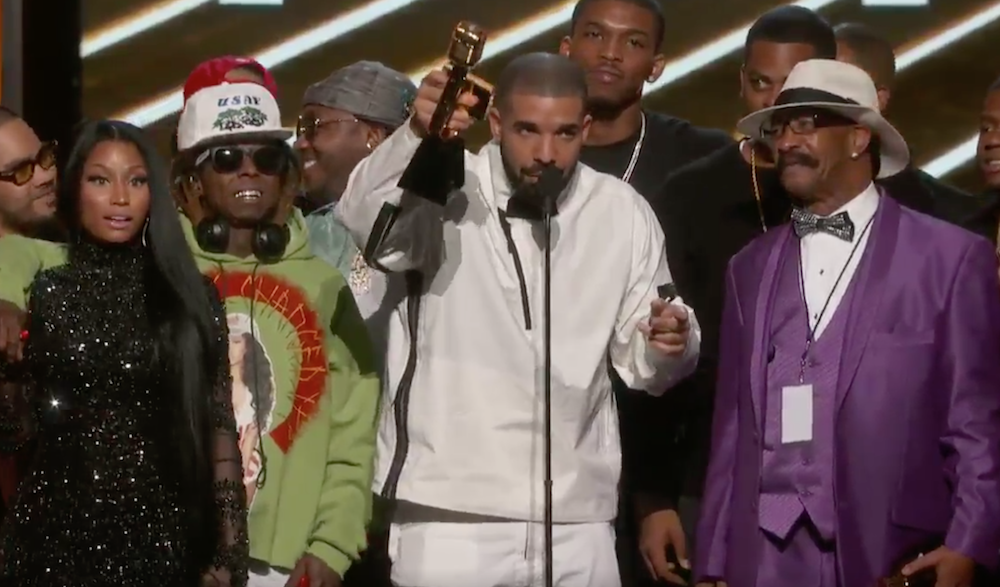 Drake was clearly the star of last night’s 2017 Billboard Music Awards. Not only did the 6God win in 13 of the 19 categories for which he was nominated, he broke the record for most wins in a night (previously held by Adele).

Following a fiery performance of “Gyalchester” with fellow OVO artist Baka in the middle of the Bellagio fountain, Drizzy took the stage a number of times to honour his fans, producers, engineers, family, contemporaries and even attempted to squash his beef with Ludacris.

When your friend just broke a #BBMAs record #DRAKExBBMAs pic.twitter.com/h6TEuOLdva

Take a look at the full list of Drake wins below and watch his performance of “Gyalchester” above. You can view the entire list of winners from last night here.