Drake to Perform at the Apollo Theater in NYC 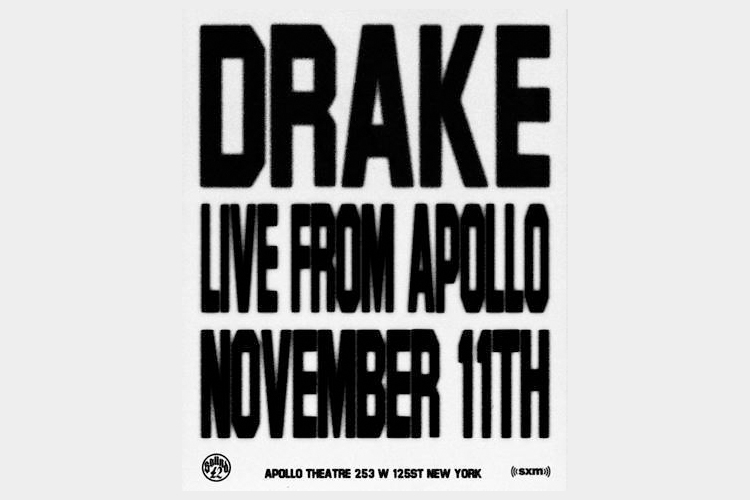 Canadian rap (and now dance) superstar Drake has announced that he’ll be performing at the legendary Apollo Theater in New York City on November 11th. The Harlem theatre has played home to many iconic performances from Ella Fitzgerald, Bill Bailey, Jimi Hendrix, The Supremes, James Brown, John Lennon and Yoko Ono, Michael Jackson, President Obama, and so many more. The 1500-capacity venue will certainly be one of the most intimate venues Drake has performed in, in a long long time. This is guaranteed to be a night to remember.

How do you get tickets, you ask? Well, here’s the catch, for your chance to win tickets, you need to tune into Sound 42 (Ch. 42) on SiriusXM’s SXM App anytime from now until 11 pm ET on October 26, 2022. You will need to watch for a pop-up message to surprise you and tell you how to enter.

To be honest, this is a very clever promotion, Up until this announcement, we had no idea OVO Sound was on SiriusXM. Last we heard, OVO Sound was doing a radio show with Apple Music’s Beats1. Apparently, this partnership ended in 2018 when Sound 42 started on SiriusXM. We’re curious to see how the brand will utilize this live performance.

Good Luck everyone, perhaps we’ll see you there!