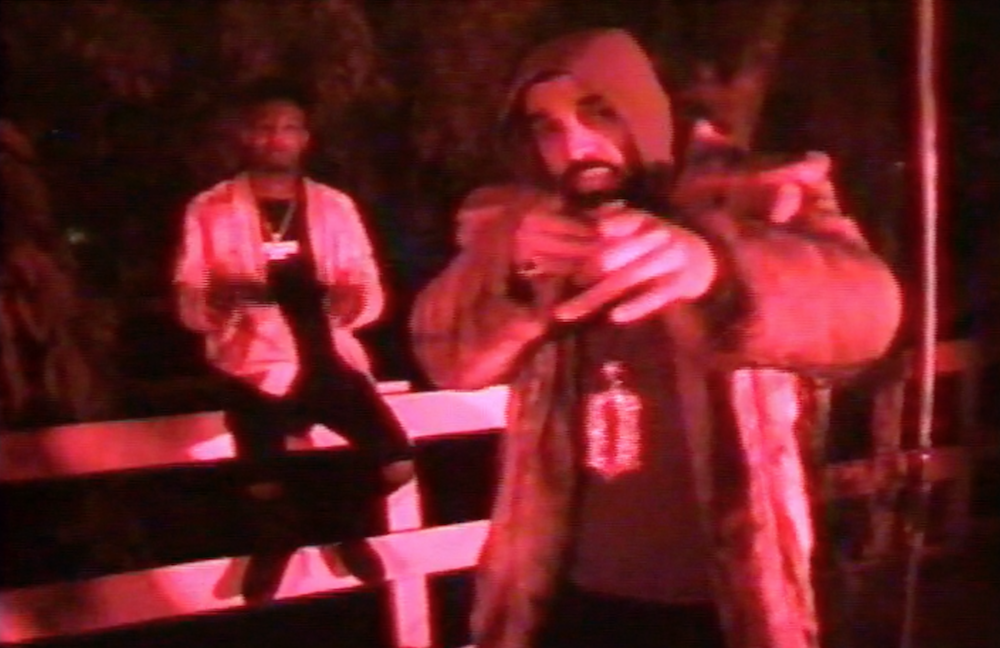 Drake has been generating a lot of buzz since the announcement of his forthcoming album More Life. He has already premiered a number of singles from the album and now the Toronto rapper and OVO boss has shared the video for “Sneakin'” featuring Atlanta rapper 21 Savage.

The grainy, lo-fi visual was directed by Gab3 (rapper formerly known as Uzi) and features the two rappers chilling by a pool and the Ferrari that Drake gifted 21 Savage for his 24th birthday. 40, OVO Mark and Boi-1da also make cameo appearances in the video.

More Life is expected to release this December.

Watch the video for “Sneakin'” featuring 21 Savage above.