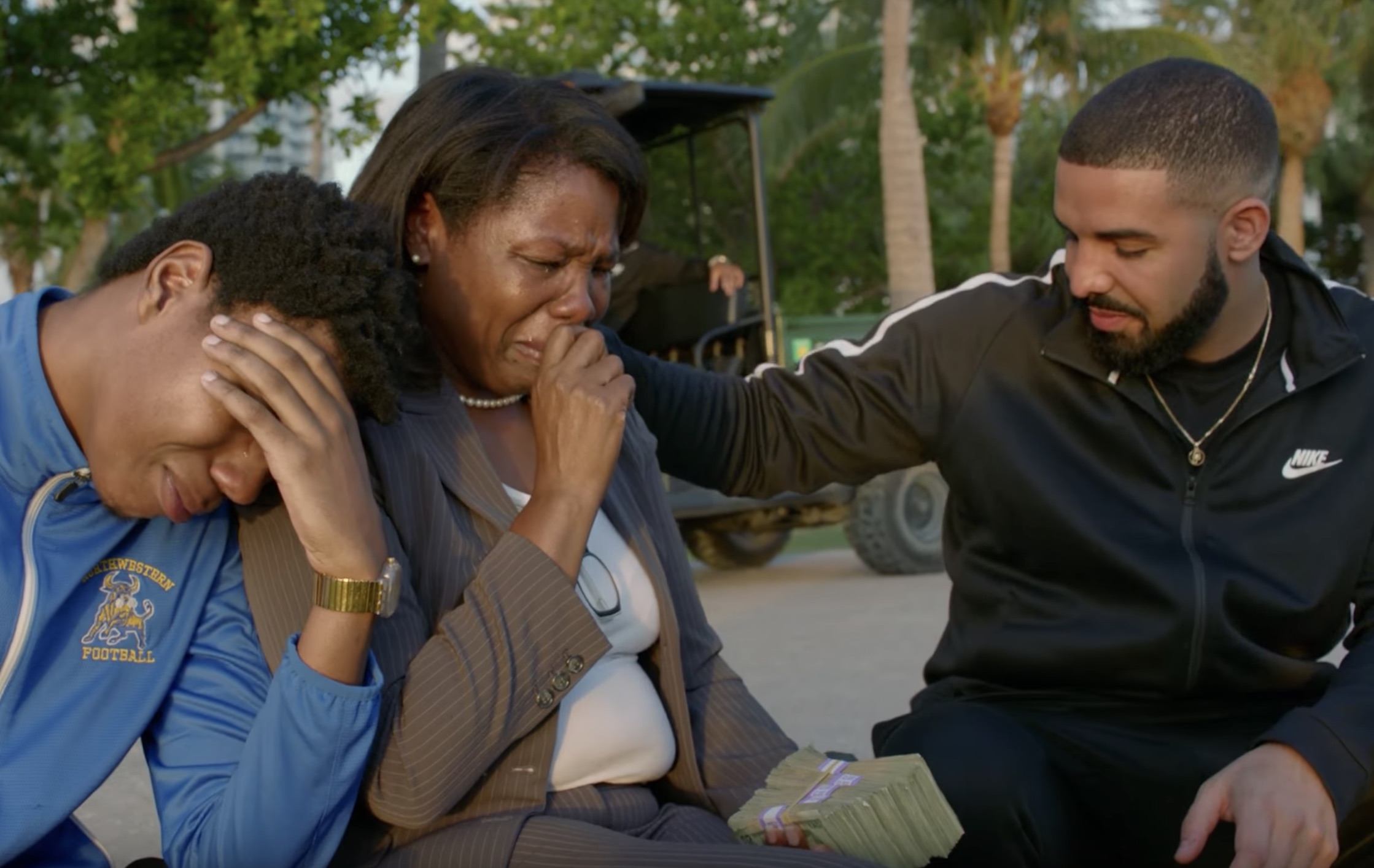 After much anticipation, Drake has finally shared the video to his wildly popular hit “God’s Plan.”

The video was directed by Karena Evans of Popp Rok Studios (who also directed anders’ “You For You”), and was filmed throughout the city of Miami. It captures the Toronto rapper giving away the almost million dollar budget given to him to shoot his single’s accompanying promotional video (similar to Blink 182’s “The Rock Show” but less humorous). Weeks prior to the visual’s official release, footage was uploaded online showing some of the charitable actions taken by Drake, including paying for resident’s bills at a local grocery store, donating money towards a student’s scholarship and more.

“God’s Plan” is Drake’s first solo effort to ever debut atop the Billboard 100, and is on track to becoming one of his most successful singles in his career thus far. Enjoy his new video above.