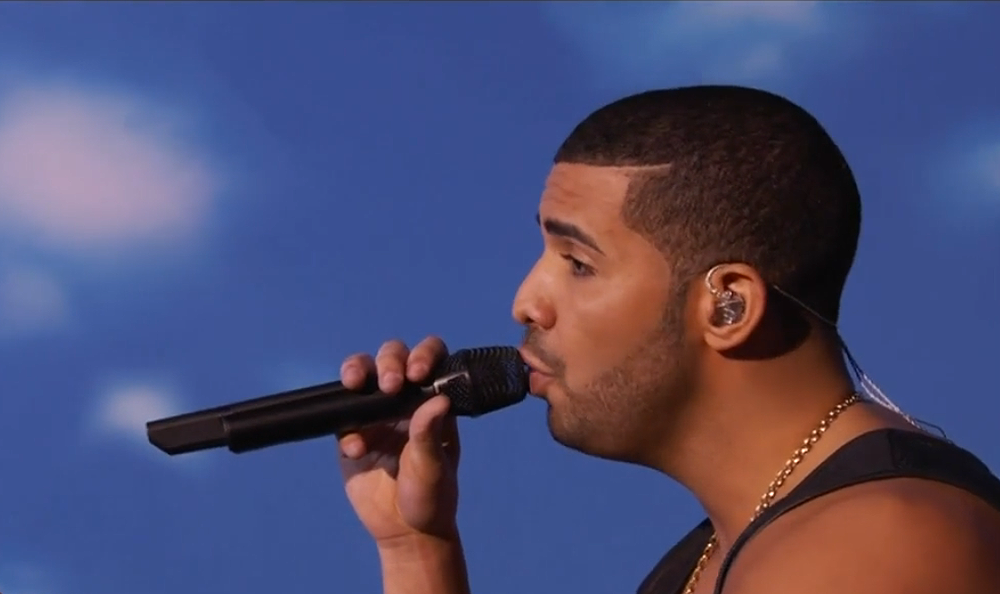 Drake took to the stage at Sunday’s MTV Video Music Awards to perform two new tracks inside the Barclays Centre. The Toronto rapper opened with “Hold On, We’re Going Home,” recreating the blue-sky cover of his upcoming album Nothing Was the Same. He then transitioned into his hit “Started From the Bottom,” which has everyone inside the arena dancing and singing along. All except Rihanna. Watch below.