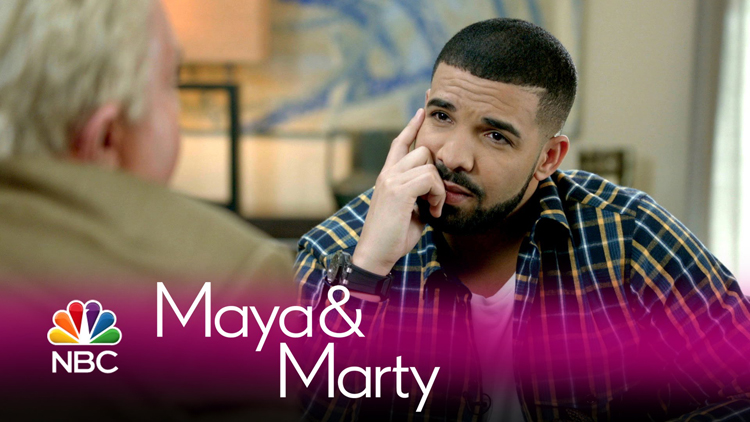 Love Drake? Looking for a good laugh? Then we have the interview for you! Yesterday the “living legend of rap stardom” Drake appeared on NBC’s new variety show “Maya & Marty” for an interview with the host of “Celebrity Sensations” Jiminy Glick, a character played by comedian Martin Short.

Watch below now for a good laugh.