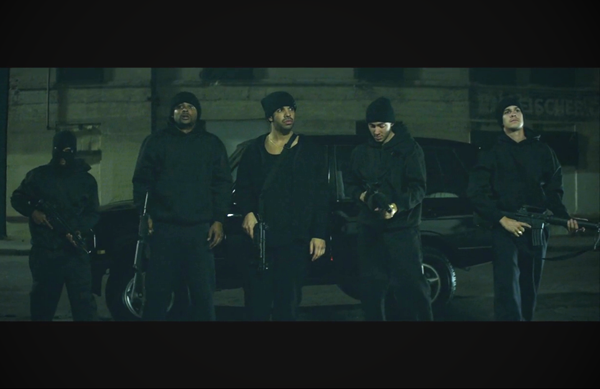 In an odd turn of events, Drake has released a music video for his hit single “Hold On, We’re Going Home,” set in Miami in 1985. The video is an action-packed short film that features Drake, A$AP Rocky, actor Johnny Simmons, and OVO Sound duo Majid Jordan all toting guns and going on a revenge-based killing spree. It really isn’t what anyone had in mind for the video for this single, interesting though.

“Hold On, We’re Going Home” comes fresh off of Drakes third album Nothing Was the Same which official dropped yesterday. Watch below.