Drake drops ‘If You’re Reading This It’s Too Late’ 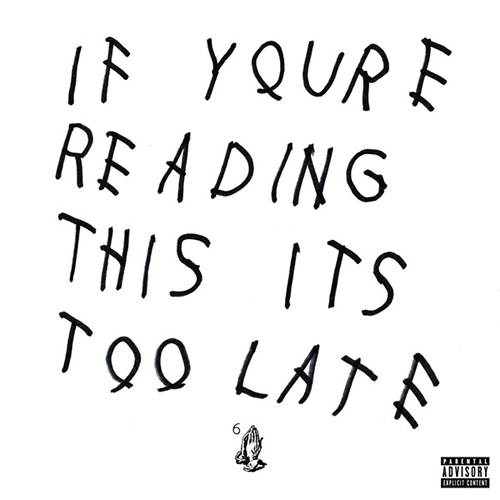 After taking the internet by storm this morning by dropping a 15-minute short film, Drake continues his domination with the surprise released of a new 17-song project titled If You’re Reading This It’s Too Late. The album features appearances from PARTYNEXTDOOR, Lil Wayne, and Travi$ Scott, and also includes a track called “Jungle,” the same name as his short film.

What’s odd about the whole Beyoncé style release, is the uncertainty of whether this album is consider a proper album, in the place of the expected Views From the 6 or if this a mixtape. Also note that the album was released via Cash Money Records. Maybe it was a strategic obligation fulfillment. Either way, there’s new Drake music.

If You’re Reading This It’s Too Late is now available for download on iTunes now!