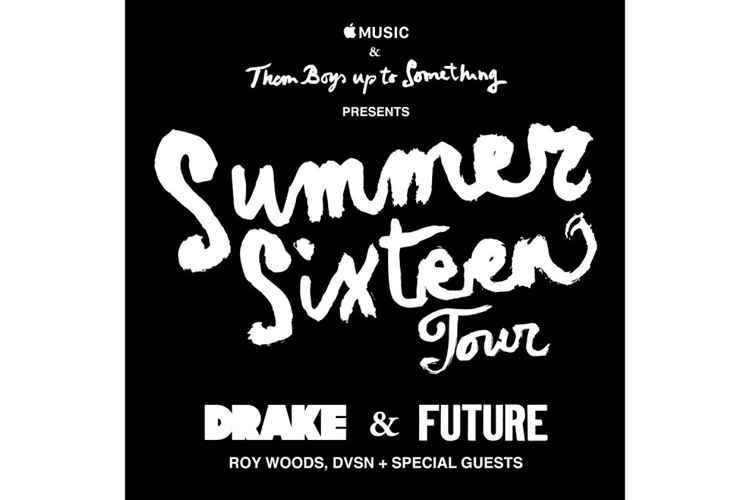 It’s a busy week for Toronto’s prodigal son Drake. With his upcoming studio album Views From the 6 dropping in a couple of days, releasing the meme-machine album art, and now announcing a North American tour with Future.  Appropriately named “Summer Sixteen,” the tour is presented by Apple Music and will be hitting up 27 cities across the continent and will always feature recent OVO Sound signees Roy Woods and DVSN, in addition to a bunch of special guests. Take a look at the tour schedule below for dates in your city.

Also, from this release it looks like that Drake’s annual OVO Fest will be part of the “Summer Sixteen” tour, as opposed to a stand-alone date like it has been before. Of course, you can expect that the Toronto date will, as always, feature an incredible amount of special guest dropping by to flex with the 6 God. 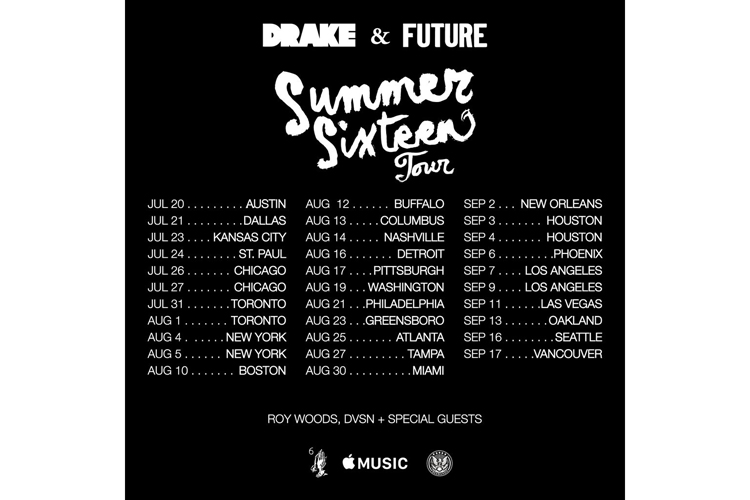