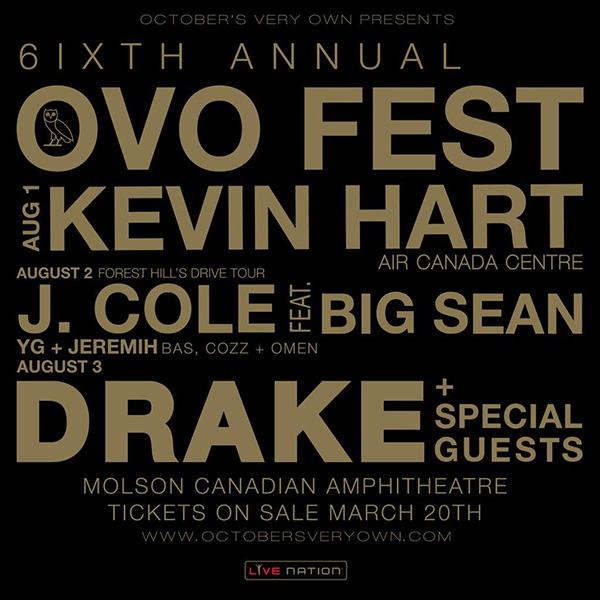 Drake has announced the official lineup for his sixth annual OVO Fest in Toronto. The now three-day festival will return to Toronto on the August long weekend, August 1-3 and will feature performances from Kevin Hart, J. Cole, Big Sean, and of course Drake himself.

The weekend kicks off when Kevin Hart brings his “What Now?” comedy tour to the Air Canada Centre on Saturday August 1st. Following that J.Cole will bring his “Forest Hills Drive Tour” with Big Sean, YG Jeremih, and Dreamville artists Bas, Cozz, and Omen on Sunday August 2nd. Finally, Drake will headline the final day, Monday August 3, at the Molson Canadian Amphitheatre and will again feature a plethora of special guests. It’s going to be a banger, as always.

Tickets go on sale this Friday, March 20 on Ticketmaster, so make sure you cop your immediately.