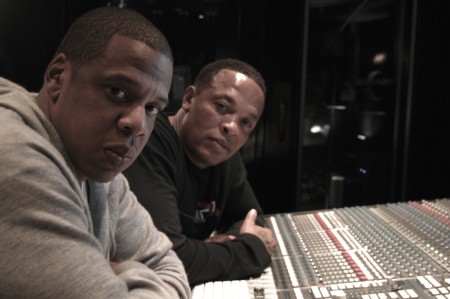 Well, its about F**king time! I’ve been waiting for a Dre album called Detox for about ten years now. I was sure I would have seen it reach the light of day when I was still a teenager, now all I can hope for is that the album is released before I turn thirty! Well it looks like an actual Detox song has been released/ leaked on to the net yesterday called “Under Pressure” featuring Jay-Z, so it might even happen before my early thirties!

The song seems to sample a little bit of Kraftwerk, and has no chorus whatsoever, which is leading me to think that this song is in its early stages of production and hasn’t been mastered yet. Jay brings his usual, nonchalant fire, and  even makes some oh-so-timely Tiger Woods and Gilbert Arenas references.

Give the track a listen, it is pretty dope with the potential of greatness, and don’t mind the continuous “NEW MUSIC CARTEL” being shouted out through the track, they were the ones who obviously leaked it.