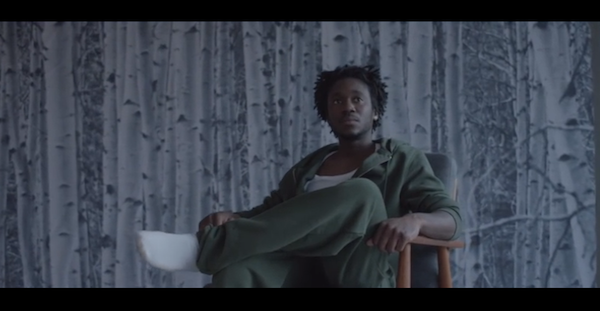 Dornik has released a new video for his poppy track called “Rebound” which follows him around his house, looking rather forlorn wandering through the modern space, watering his plants, washing his face, you get the idea.

Up until now we thought the track quite optimistic but it’s obvious there are deeper meanings beyond the lyrics. Check out the video below and look out for him drumming for Jessie Ware.