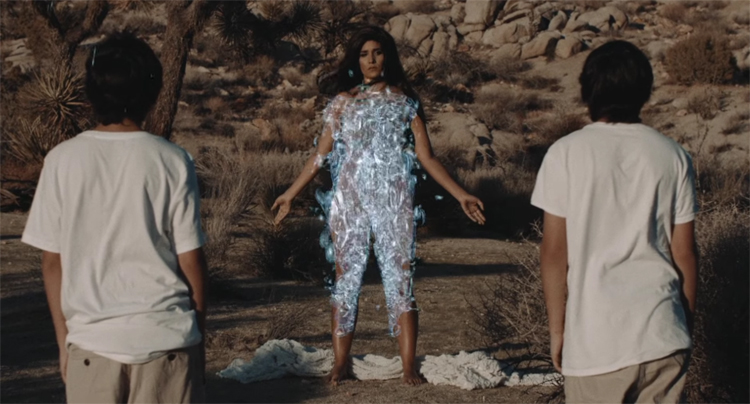 Toronto electro-psych trio DOOMSQUAD are gearing up to release their sophomore LP Total Time at the end of the month. They’ve already shared their donkey inspired single “Solar Ass” and now they’ve released a video for “Pyramids On Mars”. Directed by Ghostprom and the band’s own Trevor Blumas, the video is a trip that’ll take you on a ride. As the band explained to Bullett…

“The [‘Pyramids On Mars’] video is about the cyclical nature of time in correlation with memory, biology and the environment. It examines the polarities of drought and abundance, barrenness and vitality, male and female, singularly and plurality through a psychic quagmire of astral dust and mirrors.”

Check out the rad video above.

DOOMSQUAD’s new album Total Time comes out April 29th via Hand Drawn Dracula in Canada and Bella Union for the rest of world. Pre-order here or in Canada here.