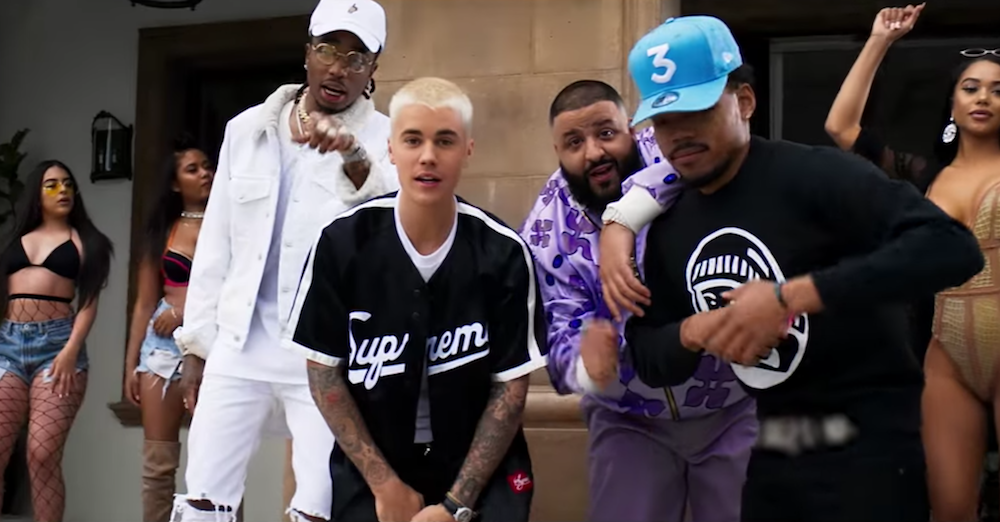 After announcing his forthcoming album Grateful and sharing “Shining” featuring Beyonce and Jay Z, DJ Khaled has released another star-studded single from the upcoming project – “I’m the One” featuring Justin Bieber, Quavo, Chance the Rapper and Lil Wayne.

Khaled also released the official visual accompaniment starring all five artists at a California mansion. While Bieber handles the hook, Quavo, Chance and Wayne take the opportunity to deliver some laidback bars over the summer-ready instrumental. The video also features a cameo from Khaled’s son Asahd, who serves as an executive producer for the upcoming album (seriously).

Watch the video for “I’m the One” featuring Justin Bieber, Quavo, Chance the Rapper and Lil Wayne above.