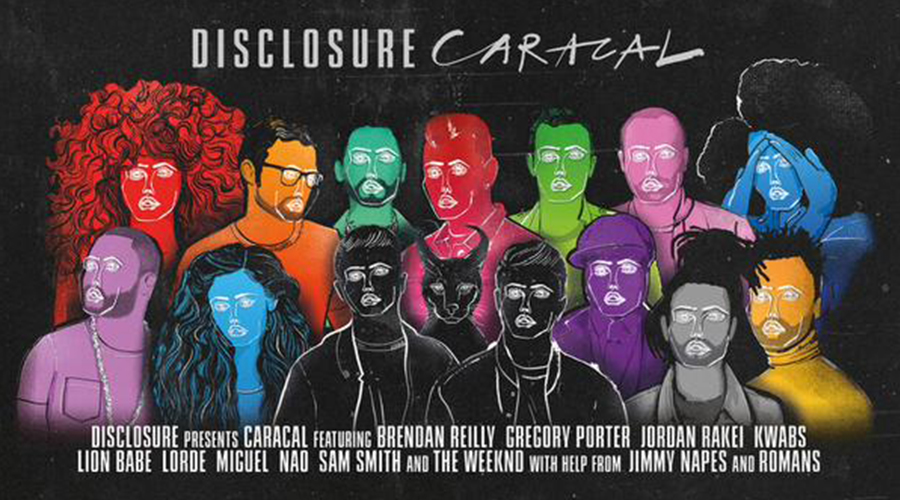 Disclosure shared the full tracklist for their forthcoming second album Caracal. As previously reported, Lorde is featured on a track called “Magnets.” Disclosure also worked with The Weeknd and Miguel on tracks “Nocturnal” and “Good Intentions,” respectively. See the full tracklist below.

Caracal is out on September 25th .Watch the “Omen” video featuring Sam Smith below.