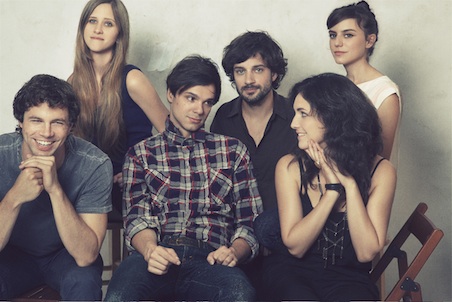 With all this TIFF fever going on around town, it’s easy to overlook on the amazing musical happenings in Toronto this week, including Dirty Projectors, one of our most favourite bands from Brooklyn who are set to play tonight at the Phoenix, presented by Union Events.

Although they’re back in Toronto quite frequently, we haven’t seen them since they opened for TV On The Radio back in 2009, (which still remains in our minds as one of the best live shows we’ve ever seen) and are so excited to see them and hopefully hear a few new tracks.

For those of you who haven’t heard them, you’d better catch up, they’re on their seventh album, and have collaborated with mere music royalty including David Byrne, Germaine Greer, and Bjork, as well as dubstep god Rusko.

Check out this live session of “No Intention” off Bitte Orca which they performed a few months back on Sirius as well as one of our fav tracks off Dark Was The Night “Knotty Pine”, and be sure to catch them live tonight!