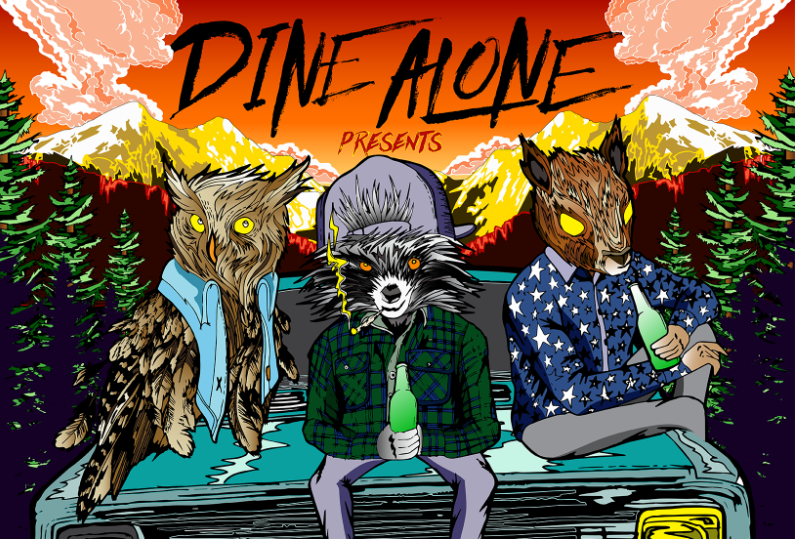 Canadian rockers The Dirty Nil and The Flatliners are set to embark on a cross-country tour alongside fellow Dine Alone label mates Sam Coffey & The Iron Lungs. Kicking off tomorrow in The Nil’s hometown of Hamilton, the stretch of dates will take them throughout Ontario, British Columbia, Alberta and Manitoba, while briefly dipping down to the States for stints at Howell, MI’s Bled Fest and Triple Rock Social Club in Minneapolis, MN.

To help generate even more pre-tour excitement, The Flatliners and The Dirty Nil both premiered new songs today as part of an exclusive Dine Alone Records tour compilation. An unreleased track by The Flatliners entitled “Moves Too Fast” and The Dirty Nil’s cover of “Mod Lang”, originally by Big Star, will be available on 12-inch, teal coloured vinyl at shows throughout the Dine Alone Tour and as a part of the VIP ticket bundle.

Stream the compilation above and check out the list of all upcoming tour dates to find the closest show to you!