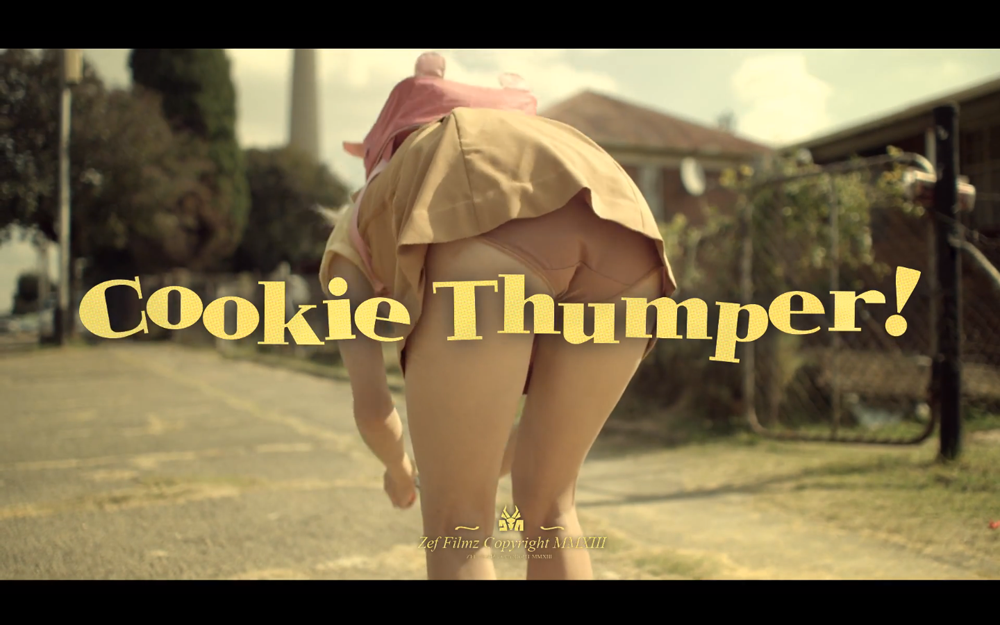 The always controversial South African rap group Die Antwoord have released the official music video for their track “Cookie Thumper.”  The track comes from their forthcoming Donker Mag set to be released in February 2014. The video was directed by Ninja and features vocals only from Yo-Landi Vi$$er. The video is, as always a bit distressing with Yo-Landi dressed up as a school girl buying drugs, flirting with a drug-dealer and eventually having sex with him. Throw in the usual out-of-place and weird Die Antwoord imagery and you have “Cookie Thumper”. Watch below.