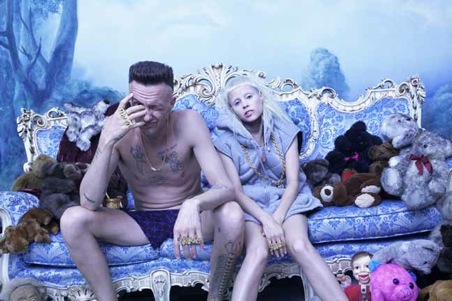 After announcing last year that they would be releasing their final album, Die Antwoord has shared the project’s title – The Book of Zef – and lead single, “Love Drug.”

The accompanying lyric video was hand-made by Ninja + ¥o-landi and features a wild assortment of bars and related emojis. The Book of Zef would mark the duo’s fifth studio album following 2016’s Mount Ninji And Da Nice Time Kid.

The South African rap group also announced a handful of tour dates which can be found below.

Watch the lyric video above and listen to “Love Drug.”