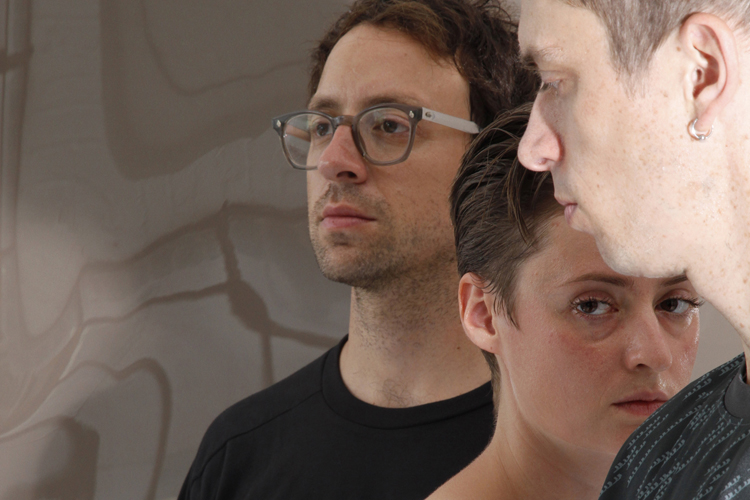 We can’t wait for the upcoming sophomore LP from Toronto smooth-pop synth act DIANA . The new album is called Familiar Touch, it’s out in a few weeks and we’ve already gotten a taste of it’s goodness with singles “Confession” and “Slipping Away“. Now we’ve got another bite of what’s to come with “What You Get” which premiered on Zane Lowe’s Beats 1 show. As the band’s Kieran Adams explained in a press release…

“I started writing ‘What You Get’ after a conversation Carmen and we had on a ferry from Ireland to Wales towards the end of touring Perpetual Surrender… She told me she was thinking about the idea of deservedness i.e. people’s expectations around what their efforts or intentions might yield. On the post-ferry van ride I made a very basic track in Ableton and came up with the chorus for the song. It’s a simple idea, it’s basically just a picture of someone who can’t equate their efforts in love with the outcome that’s been handed to them, coldly (but also maybe lovingly) narrated by the person who broke their heart… After a year and a bit of tweaking the production we came to the place where the song is now. It started as something a little more synthy, arpeggiated bass and some high leads, but nothing felt right until we started adding more live instrumentation to the track. Bram (Gielen’s) bass playing especially brings this song to life — if you pay attention there’s a whole beautiful world of melody and groove coming just from that instrument, and Carmen’s guitar part in the outro also really jumps out. I think in finding that place with the song where we let some of the organic textures breathe and remain a little more exposed while adding some more electronic elements we found a sonic path to follow for the rest of the album.”

Listen to “What You Get” below.

Familiar Touch comes out November 18th on Culvert. Check out the album art + tracklist here and pre-order it here. You can also catch DIANA live at the dates below.