Detroit: Become Human is All Too Real

“This is not just a story, this is our future.” Sounds pretty intense, right? Well Detroit: Become Human is intense and the video game is our latest obsession.

For rigorous research purposes we thought it was necessary to dive into the Android City (a.k.a. futuristic Detroit) and make some important life decisions. If you’re a fan of narrative-driven games or Until Dawn for example, read on.

Set in the year 2088, Detroit: Become Human is a new game from Quantic Dream available on PS4 that sees users navigating through situations as an android. The choices made can end up costly or favourable, it all depends. Different outcomes can be a win given how you tackle and feel about the decisions made.

One of the key features of the game are the road maps. After completing each chapter you get a massive screenshot of the moves you’ve made, the paths yet to be explored and how your moves compared to other players. You’ll read that “29 per cent of people chose this” and perhaps you didn’t? This was fun to examine because ratios are cool. Not only do you see what moves you made, but also how you stacked up (Are you as heartless as others?). You can follow your friends that are playing the game too and get a glimpse at how they fared. Each move you make unlocks (or doesn’t) another path and different circumstances can unfold. For example, you can fall off a ledge (or not), you can run through traffic at high speeds to chase a culprit (or not). The game really tugs at your core when it comes to quick decision making.

At certain points prompts will pop up on the screen. Some prompts will have to do with the type of conversation you are having and how you should proceed (“Ask” or “[Be] Empathetic” or “Reassure”) and some will have to do with the actions you need to make (“Look for Weapon” or “Help Hank” or “Find Shelter”). You also win trophies and earn points that you can spend in other parts of the game.

As you navigate through rooms, places, streets, junkyards and so on,  you’ll see clue indicators in the form of yellow rectangles. When you uncover these clues you can unlock them too, which again is detailed on your after-chapter roadmap.

Not all challenges are the same. While some rely on sheer controller athleticism others plug into creativity like finding clues to match up with graffiti murals. Sometimes the clues can be cheeky too. Varying reading material is part of the mix, naturally.

Each android has to play alongside humans, another great component of the game. You’re having to interact and deal with a string of characters (Hank is the best) and their personality. In Android City 2088 many humans are fearful of androids or do not like them altogether so this is where personable behaviour and emotional intelligence can be executed. Other androids and humans in the game include Luther (voiced by Evan Parke), Alice (voiced by Audrey Boustani), Simon (voiced by Ben Lambert) and North (voiced by Minka Kelly).

Detroit: Become Human takes you on a ride that has you looking over your shoulder while showing how empathy or lack thereof, can mangle you. The storyline delves into human issues, conditions and sadness, but it also offers escapism into creative and strategy gameplay too. It blurs the lines between movie and video game, lines that are continually becoming more and more of the same these days.

Subject matter can be intense too—there’s one chapter early on dealing with abuse and neglect that’s pretty disruptive to the heart— and the game really taps into what it’s like to be a human playing an android. It’s also a stark reminder that a world where androids and humans co-exist can (and will?) happen. 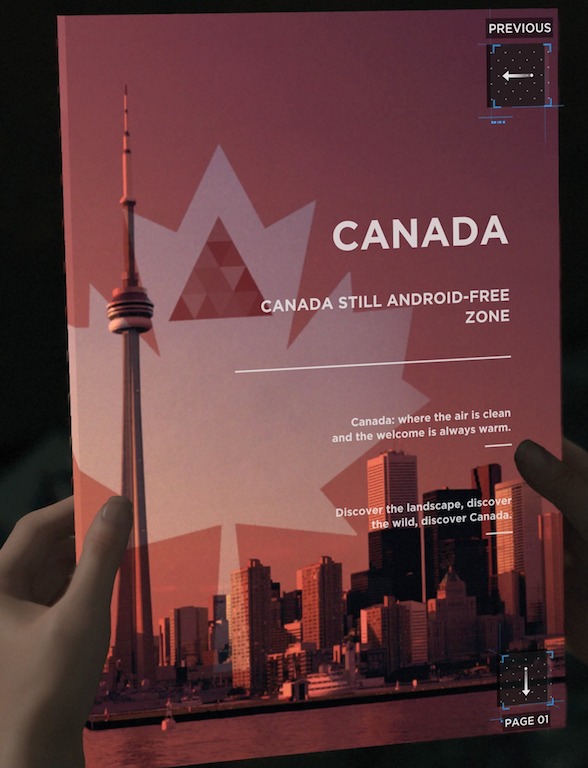 Many moments reminded us of the great, short-lived TV show Extant. Extant was based on human-like robots that eventually rebel (surprise!) and Detroit: Become Human highlights the dynamic between beings, born human or not. You’ll probably dig one android over another (bump to Markus) and have a human that you dig (obviously Hank), but being forced to play all of them has its benefits too.

Play it solo or with friends chirping their selections to you. See how you fare.