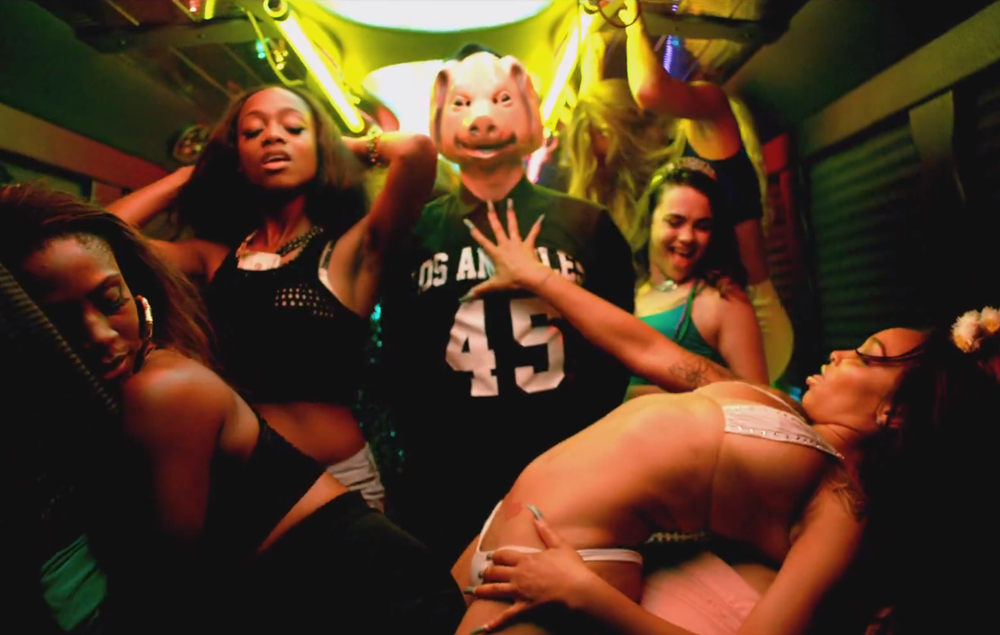 Fresh off his set at his own HARD Summer music festival, Gary Richards aka Destructo teams up with Compton rapper YG in the excessively debaucherous video for “Party Up.”  The video takes place inside a party bus, as the lyrics would indicate, in which some strippers dance and grind up on everything.

Destructo is currently working on his West Coast EP. It makes sense that these two L.A. boys would make a video that is very reminiscent of a 90’s West Coast rap video. Both Destructo and YG will both be performing at Jay Z’s Budweiser Made in America Festival in Philadelphia on August 30.

Watch the two wild out below.