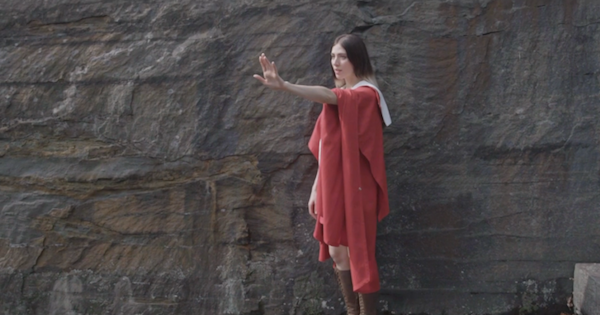 One of our favourite tracks from Delorean’s new album Apar features Caroline Polachek from Chairlift and the band has just released a video for “Unfold” which follows her climbing around at the Opus 40 sculpture park in Saugerties, New York.

Directed by Eric Epstein and premiering via Nowness, the video is packed with trippy imagery that kind of makes our tummies queazy after a weekend of cocktail drinking.

Despite that, we recommend you check it out below now. It’s a great track, with an even greater video.