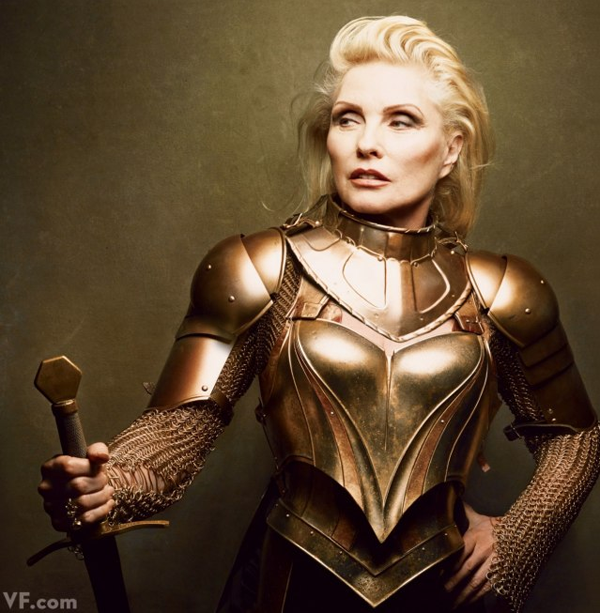 Born into the vanguard of New Wave, punk, and hip-hop, Blondie is still re-inventing itself and on the eve of a worldwide 40th-anniversary tour, lead singer and icon Debbie Harry talks about the bands past with guitarist Chris Stein. The editorial has the two band members chatting about the eclectic past of the legendary group.

The picture of Debbie Harry above was shot by photographer Annie Leibovitz.