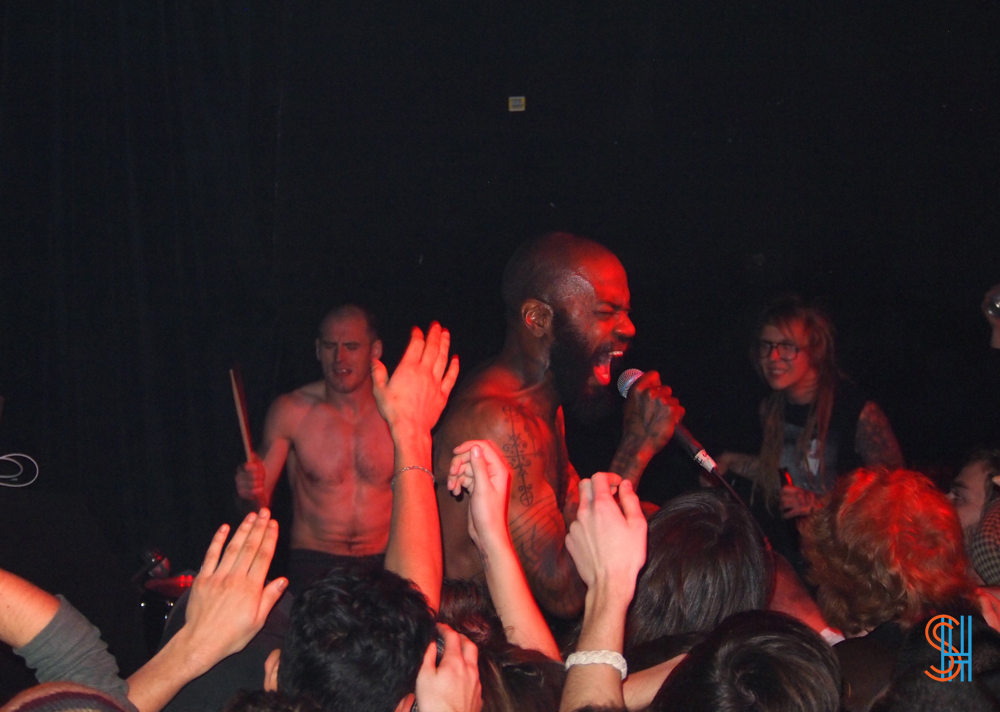 Industrial-Punk-Rap group Death Grips, who disbanded last year in July, have once again released some new musical media. The group dropped a surprise 19-minute, distorted video on their Facebook page saying “today”. As mentioned, the band has been rather active for group that’s no longer together, with the released of their surprise instrumental album Fashion Week last month. Meanwhile we’re all still holding our collective breath for the release the powers that b, their official major label double album release, consisting of the previously-released Niggas On The Moon and the upcoming Jenny Death. Watch the mysterious new video below, in which the band plays “Inanimate Sensation” and “Lock Your Doors”. Rock on motherfuckers.